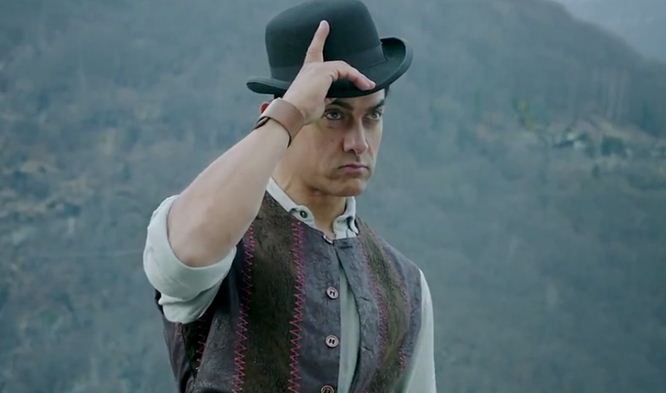 Yes, the critic in me hasn’t spared Mr. Perfectionist either. Aamir Khan is known for the determination and efforts he puts in to become the character he plays in his films.

Hence, he often focuses on one film at a time, unlike other stars who aren’t that committed to a particular character. However, there are few roles which even Aamir Khan can’t pull off. Despite his brilliant performance in the double role, you can always feel something’s missing in Dhoom 3. The benchmark set by John Abraham and later Hrithik Roshan in the franchise could be the reason too.

However, I feel that Aamir would have been better as a cop in Dhoom and the villain could have been either Akki or SRK. Even though the plot demanded double role, I didn’t find it necessary as there wasn’t a single interrogation scene or caught in camera scene where this element will come into play where he would use his twin brother as the alibi. 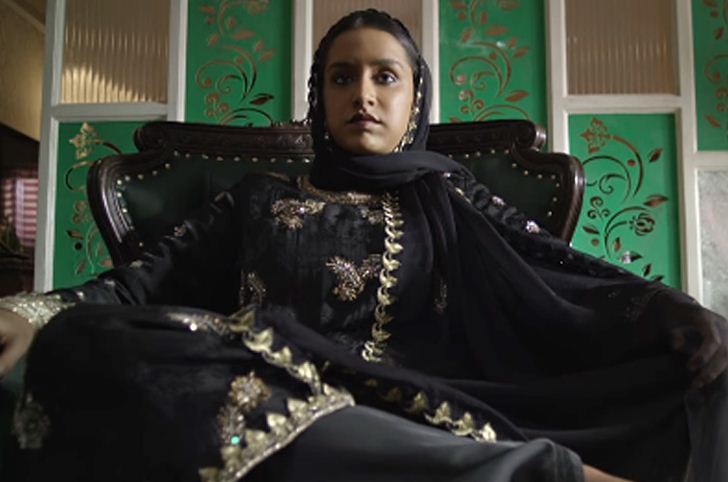 Shraddha Kapoor is a fine actress but she is definitely not a matured one to essay the role as strong as Haseena Parker. Well, when you think about Haseena Parker, Dawood Ibrahim’s name also comes to your mind.

Being the sister of the most notorious criminal ever in the Indian history, you need the best to portray the role in the film. Shraddha Kapoor required a lot of makeup and touch-ups to look like Haseena Parker. It could have been more appropriate if the younger Haseena Parker was played by her and the older one was portrayed by someone elderly like Supriya Pathak or Tanvi Azmi. 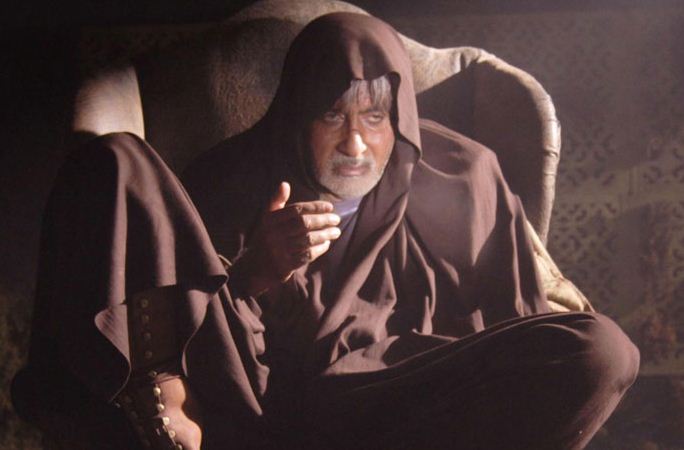 Everyone was excited when Ram Gopal Varma decided to remake Sholay in his own style. However, the film nearly ended his career in Bollywood.

It was the worst performance of his career and didn’t fit the role at all. Also, Ajay Devgn couldn’t repeat the magic Dharmendra created as Veeru in the original flick. The only positive was Mohanlal. 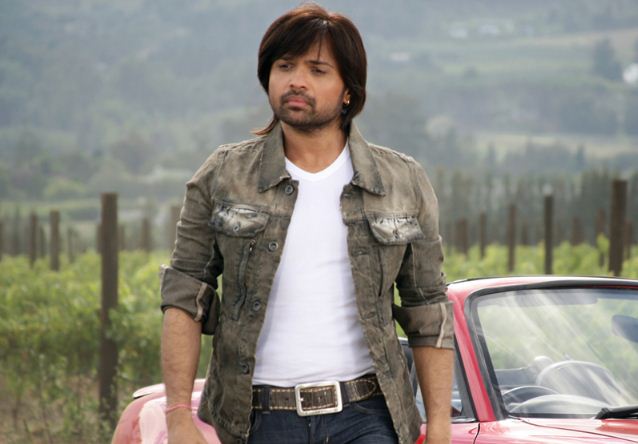 I don’t really believe in remakes. There’s always a reason why a particular film was a blockbuster at the time of its release and there’s no way you can replace it.

You can always recreate the film with the similar plot for the new generation considering modern day trends. However, if you are just trying to bank on the original film’s success just as Satish Kaushik and Bhushan Kumar tried with the 2008 film Karzzzz. I wonder what must have been the reason to cast Himesh Reshammiya as the lead.

He is a successful singer and composer but that doesn’t make him a great actor. The work and efforts put in by Rishi Kapoor as Monty was completely ruined by Himesh Reshammiya in the remake. 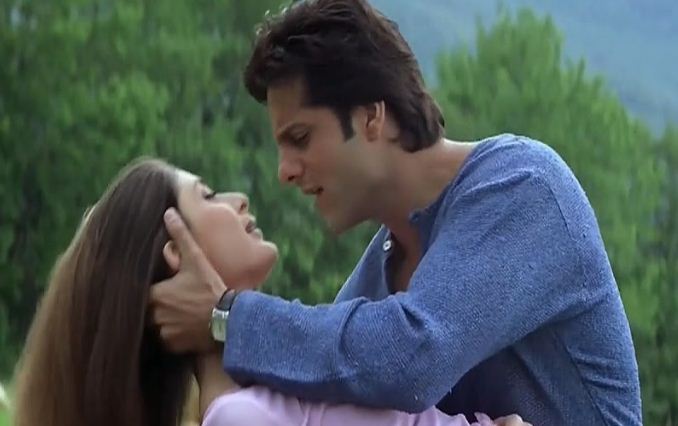 The 2003 Hindi film Khushi is actually the remake of Tamil blockbuster film Kushi starring Vijay and Jyothika. In the Hindi version, the lead roles were portrayed by Fardeen Khan and Kareena Kapoor.

The film tanked at the box office and the main reason being the worst casting. Fardeen Khan couldn’t act, while Kareena Kapoor ruined the entire show with her overacting. The film could have enjoyed a similar success as the Tamil version if the lead cast was chosen wisely. 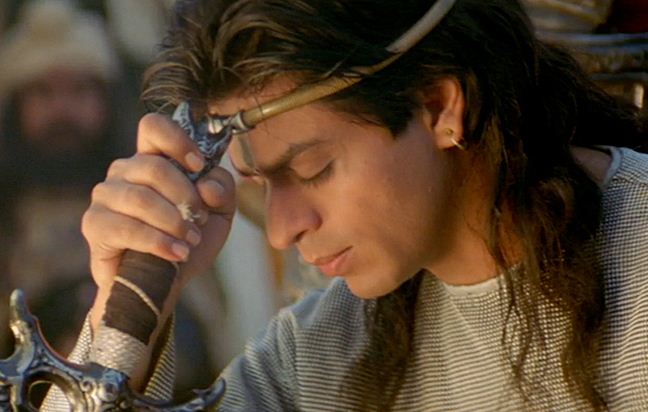 Asoka is one of the greatest emperors of India. He is often considered at par with Alexander the Great. While making a film on Asoka, the persona and the stature of the legendary king must be taken into consideration.

When Shahrukh Khan was cast as Asoka, he couldn’t justify the big persona, either with his acting or the looks. Asoka was an emperor of the Maurya Dynasty and the way things were portrayed in the film, it seemed like the story of a poor village. The royal theme was missing and SRK looked like a young petite boy. 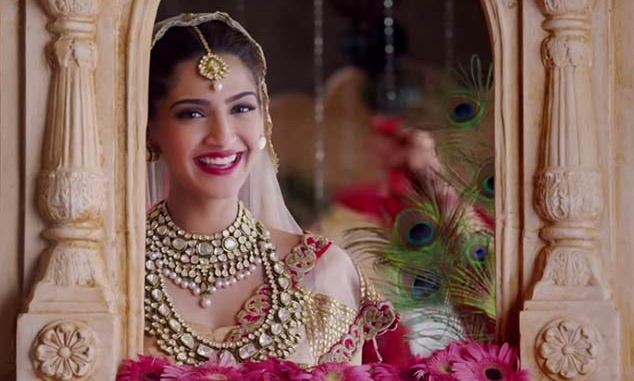 Rajshri films are known for its soft nature and simplicity. However, Sonam Kapoor took that very seriously in Prem Ratan Dhan Payo. While every other character was up to the mark, Sonam Kapoor was totally out of place. She looked rich but couldn’t carry the Princess character well.

She was too soft which didn’t suit her character where she is shown to be someone who is a doer rather than a follower. Even her character lacked depth as she was simply posing but not at all acting throughout the film.

These were some of the worst casting examples in Bollywood. I know that some of the inclusions must have shocked you or even disappointed you. Well, that’s our list and we can always discuss it in the comments section below.

You can also suggest any worst casting examples in Bollywood that we missed on our list.