Prem Ratan Dhan Payo is the 2nd film of Salman Khan after the Blockbuster Bajrangi Bhaijaan. Salman Khan is back with Sooraj Barjatya for PRDP this time. Salman – Sooraj pair is already a blockbuster pair and they have many hits together from “Maine Pyar Kiya” to “Hum Sath Sath Hain”. 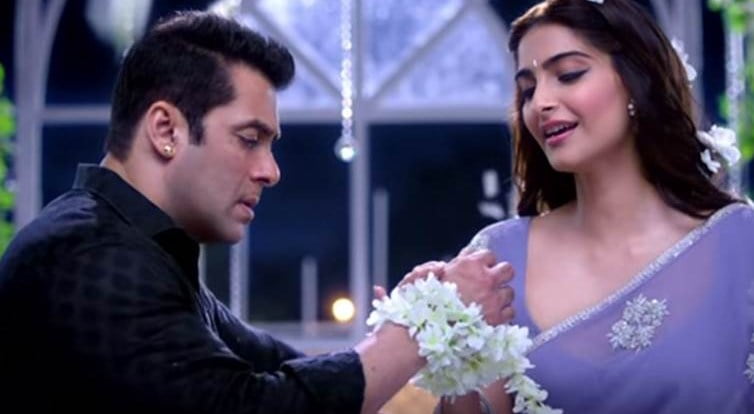 I was expecting something like Hum Sath Sath Hain or Hum Aapke Hain Kaun, but this film has failed to impress us. Salman Khan is becoming a brillaint actor at this age. The whole film is standing on his shoulder. I felt PRDP is just another Bollywood Story with some royal touch. There are so many songs and it spoils the mood of the film. Songs are necessary in this kind of film but 10 songs in a film is over limit.

Sonam Kapoor was awful. Swara Bhasakar was good as always, She is a brilliant actor.

Deepak Dobriyal is again in a comic character and he has done his work perfectly.

PRDP is a typically Sooraj Barjatya film in Sanjay Leela Bhansali style, but it fails to attract as previous films by Sooraj Barjatya. Maine Pyar Kiya, Hum Apke hai Kaun and Hum Sath Sath Hain all are addictive and you can watch these films many times again and again, but PRDP is just average on that standards.

Story of Prem Ratan Dhan Payo is like a just another Hindi Film story. Fights between Step brothers and Sisters for property, but sometimes a simple story can create magic on screen. Sooraj Barjatya has that capability to make films on that kind of story.

There are some twists in the film, so we are not going to share the whole story here !

PRDP is a big budget film, Salman Khan magic can bring audience. We think PRDP will get good audience but not that much popularity like Bajrangi Bhaijaan. Bajrangi Bhaijaan was a fresh film with great performances.

Yes, You can watch it with your family, but if you are not a great Salman Khan Fan, then you may skip the film.