Now, there’s not a fraction doubt that Superman is invincible on the Earth. The Kryptonian gets superhuman speed, superhuman strength, and body like steel as well as those laser beam rays from his eyes that could melt metals, just because of the yellow rays of the sun. While the same man would be ordinary on another planet without the yellow sun, the same man becomes Superman on Earth.

It is impossible to beat him in a duel and even his own fellow inhabitants of Krypton couldn’t beat him when they invaded the Earth. So, a human from Earth can’t possibly think about being on the wrong side of the great Superman.

But, I think there’s one person on Earth, who can get even and may have an upper hand over the Man of Steel. The person is none other than the Dark Knight himself, popularly known as Batman. There are often a lot of speculations among the respective fans of both Superman and Batman about who will win in their epic clash. This mere comparison is enough to show that in spite of being a human on Earth, Batman is considered an ideal rival for Superman, if there’s ever a clash between the two superheroes.

In the DC universe, there are a lot of times that both these men have their own share of conflicts and duels but I believe that given the nature of both superheroes as well as considering their strengths and weaknesses, I, somehow believe that Batman would always have an upper hand against the blue cape.

So, here are my 8 reasons why Batman could beat Superman when they clash:

Even though both fight evils to protect humans and the Earth, both Batman and Superman have alternate ways of tackling problems. While the Man of Steel obeys laws and tries to be a good superhero, the Dark Knight is a rebel of his kind, someone who can be a badass for his enemies. Hence, Batman can always dominate the law abiding Superman with his flawless strategies and finesse. 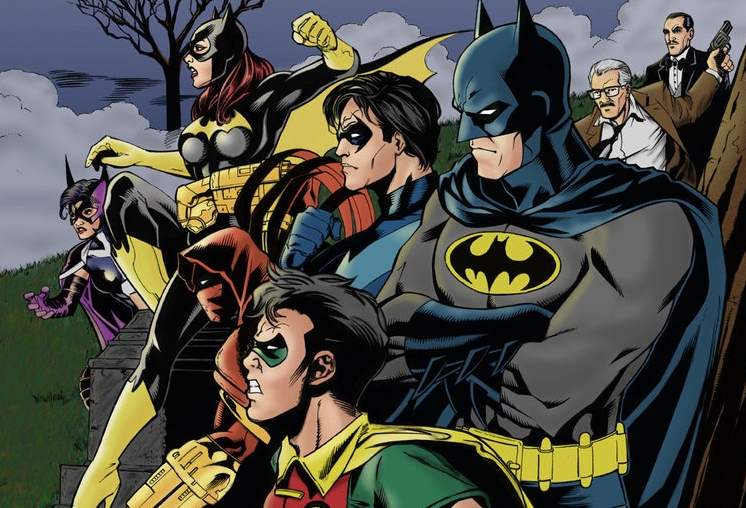 While Superman is a one man army, Batman has a certain number of allies on his team. A butler who helps him hides his identity and remains a trustworthy help since the beginning. With time, Batman also teams up with many different iterations of Robin and has a close allegiance with Catwoman, Nightwing and Huntress, who all can form a team with Batman and help him counter the invincible Kal-El aka Superman.

Being a Billionaire, Bruce Wayne has resources 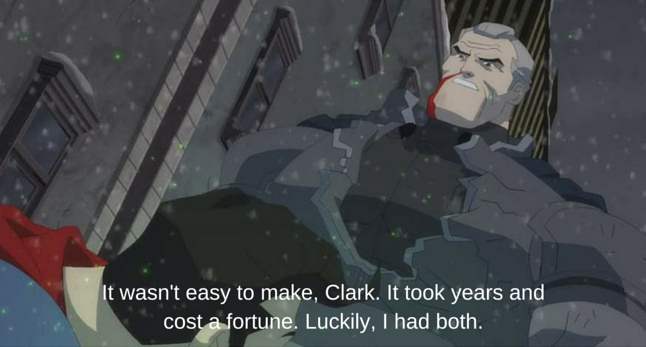 Don’t forget that despite being superheroes both Superman and Batman lead a normal life as well when they are not saving the city. While Superman prefers a low profile being a small time reporter at Daily Planet as Clark Kent, Batman aka Bruce Wayne is the sole heir of Wayne Enterprises and enjoys his life as a high profile socialite forming a number of allies and friends. With money and alliance with powerful people around the world, there’s no doubt that Batman has enough resources to tackle Superman.

Batman may get aid from outside

Well, let’s be honest that nobody wants these legendary superheroes to fight but all of us wish to know who would win if there’s a fight. Now, considering this, we can also assume that when there’s a clash, the whole world will be witnessing this fight, especially the enemies of both superheroes such as Lex Luthor and many others. Considering that Batman is just a human and despite that, he could have a chance at the invincible Superman, these enemies may try to help Batman to get rid of the Man of Steel, whether he likes it or not. Hence, it is highly possible that when there is this epic clash between Batman and Superman, it will be Batman, who will be favored by the enemies and would likely aid him in the battle.

Superman is all power while Batman relies on tactics

Honestly speaking, there’s no way Batman can beat Superman in a duel or let’s say strength. Common, you have to agree that the Man of Steel is invincible with his superhuman powers against a human Batman. But, but, but that’s all that Superman has. His superpowers! Agree or not, Superman relies only on his power, while Batman adopts a tactical approach while fighting off his enemies. Batman always has a contingency plan and it’s a wise move as he is well aware that Superman can squeeze him completely within seconds gave a chance. In short, Batman just needs to cut off the superpowers advantage somehow and he will easily beat the Kryptonian.

Batman own hi-tech gadgets including Bat-mobile

As discussed earlier, Superman is a one man army and relies completely on his superpowers, whereas Batman relies on his hi-tech gadgets, especially the Bat-mobile. In one of their epic clash in The Dark Knight Returns issue published in the 80’s, Batman is shown geared with a hardened combat battle suit that keeps him at par with the super strength of Superman. The major advantage of Batman is his adaptability, which is aided by his hi-tech gadgets. He assesses the situation well before and adapts well to tackle it with the help of his equipment placed wisely in his utility belt.

While Superman is too caring, Batman hides his emotions well.

Admit it, whenever there’s a debate about Superman and Batman, Superman would always be considered among good superheroes, while Batman will remain a badass. The reason being his emotions and care for the people he loves, which is highly used by his enemies against him. Whereas, Batman, although caring, is smart enough to hide his emotions. Hence, Batman knows about the people Superman cares about while Superman has no idea if Batman has any feelings or not.

Most importantly, Batman has Kryptonite

OK, I am guilty of saving the best for the last. No matter, how invincible Superman is, he has a major weakness and Batman knows it. Yes, the Kryptonite. Whether he fights Superman or not, Batman always keeps a piece of Kryptonite always in his utility belt just in case. Not only that, like mentioned earlier, in the epic clash between these two Superheroes in The Dark Knight Returns issue of the 80s, Batman uses Kryptonite cannon ball to weaken Superman’s strength and successfully beats him, hence becoming the only human to ever beat Superman.

Now, combining all the above reasons, highly aided by his smartness, wit, and sense of adaptability, Batman could always have an upper hand if the need arises to take out Superman.

Just kidding folks, nobody wants them to fight in real. Unarguably, both are my favorites and they are special in their own accords.