Witnessing the huge success of Marvel Studios in the cinematic universe, DC Comics, in collaboration with Warner Bros. is all set to give tough competition to its counterpart by setting a timeline of releasing at least 2 movies every year from 2016 up to 2020.

Without any doubts, both Marvel and DC comics have been the pioneers in giving us some iconic superheroes whom we adore, respect and get inspired from. Surprisingly, the movies based on the same characters never actually picked up well with the audience as the comics or animated movies/series. While, Marvel Studios did taste some success with the X-Men series before Ironman, Captain America, Hulk and The Avenger series, DC comics wasn’t gaining much recognition with its list of movies.

However, all that changed after Christopher Nolan’s Batman Begins. The whole DC universe was revived after the huge success of the first of Nolan’s Batman Trilogy movies starring Christian Bale as Batman. The success for DC comics after the Batman series was followed by Man of Steel featuring Superman portrayed by Henry Cavill.

In the meantime, TV series such as Arrow, The Flash, and the recently launched Gotham garnered accolades too. Such a success has encouraged the production house like Warner Bros. to build a wider cinematic universe for DC comics featuring its popular superheroes and other characters.

So, without taking too much time, let’s have a look at the titles of the upcoming DC movies with their scheduled release dates. We are sure that the fans of DC Universe must be desperate to know about these movies and the actors donning their favorite superheroes. We are sharing the DC comics movies calendar for all non-animated films based on famous DC Comics characters.

Upcoming Movies Based on Characters from DC Comics 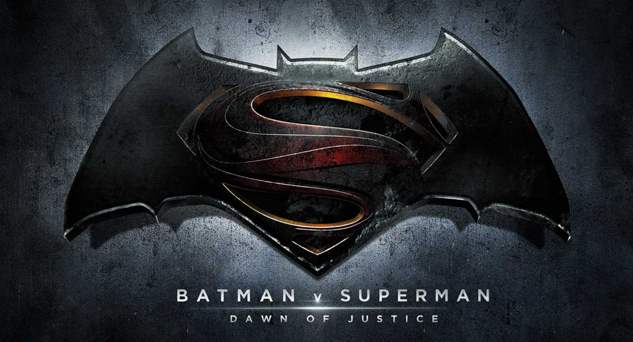 Batman v Superman: Dawn of Justice, popularly known as Man of Steel 2, is undoubtedly the most awaited film of 2016. The sequel to Zack Snyder’s Man Of Steel, this movie will be the first to feature a duel between the two legendary superheroes of not just DC Universe but in the overall comics history.

There has always been a tough rivalry among the fans of Batman and Superman about who got the edge on whom. In the midst of such rivalry, it will be an exciting venture to see Batman (Ben Affleck) and Superman (Henry Cavill) take on each other in their upcoming Batman v Superman: Dawn of Justice which was released and got the mixed response.

Another surprising element is the character of Lex Luthor, portrayed by Jesse Eisenberg, the prime villain of the DC universe. 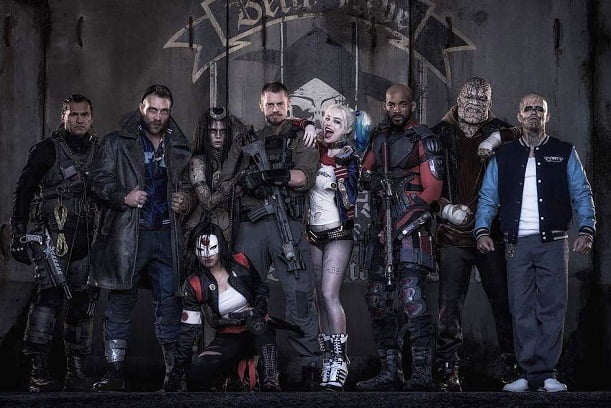 Most of the movies based on comics in both Marvel and DC universes have been featured on Superheroes in the center. However, DC comics is trying something different this time with their upcoming movie titled Suicide Squad.

Based on the supervillains of the DC universe, Suicide Squad is a film centered around a team of antiheroes that includes The Joker (Jared Leto), Deadshot (Will Smith), Harley Quinn (Margot Robbie) and many others, who are on the mission to save the world with Black Ops, in return for reduced sentences. If everything goes as planned, the movie is all set to be released on August 5, 2016.

PS : Film released and It was average at Box Office. 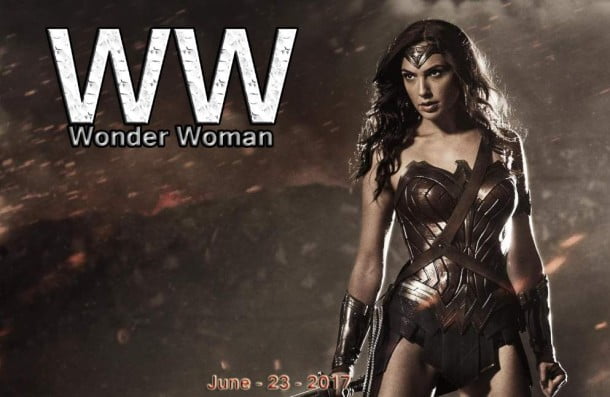 However, both the films won’t have any connections between their storylines. In fact, Wonder Woman, directed by Patty Jenkins, will be set during the time of World War I. This movie is under production and is scheduled to be released on June 23, 2017. 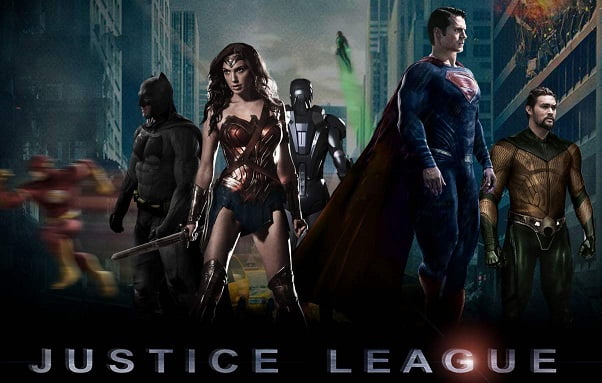 Of course, if Marvels have Avengers, DC has the Justice League. And, seeing the successful of the first two Avengers movie from Marvel Studios, DCEU (DC Extended Universe) is all set to launch its first live action film in a two-part series, among which Justice League Part 1 is all set to be released on November 17, 2017.

DCEU have roped in Zack Snyder to direct both the movies and the film would see a severe superhero line-up that would most possibly consist of Batman, Superman, Wonder Woman, The Flash, Cyborg, Aquaman and Green Lantern. However, there is no official confirmation on the list of characters that would be featured in this mega movie. 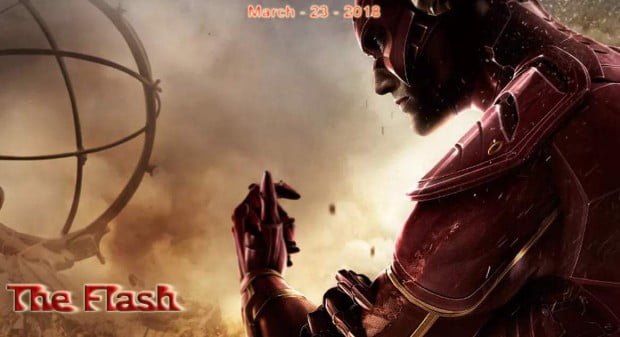 Due to the huge personas of Superman and Batman, the other superheroes in the DC universe hardly get a run to be featured as a solo star in the film. However, the DCEU is not ready to follow the suit and is all set to produce a film entirely based on the character of Barry Allen a.k.a The Flash.

In spite of a hit run in the Television series of the same title, The Flash will feature a new actor, Ezra Miller for the titular character instead of Grant Gustin. Hence, it is evident that it will draw a lot of comparisons between the portrayals of the character both on TV and the movie. However, we would need to wait until March 23, 2018, to witness the reaction from the mass about the new movie, The Flash. 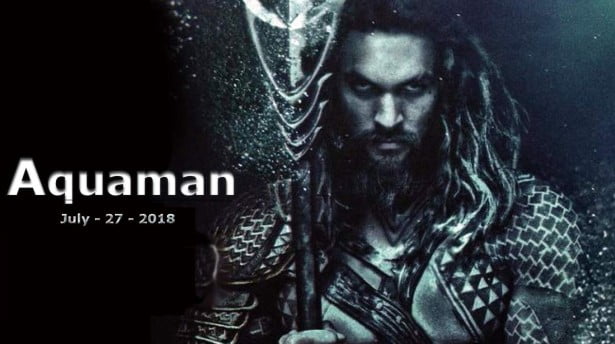 In the midst of all the DC movies set on land, there will be Aquaman, starring Jason Momoa in the lead role, which would take you to the depth of the ocean with the DC comics’ King of Atlantis, all set to fight the villains and saving the world.

Although, there is nothing revealed about the plot or storyline of the movie, it will be most probably centered around the throne and battles between those from the sea and those from land as found in the comics. The movie is directed by James Wan and is scheduled for a release on July 27, 2018. 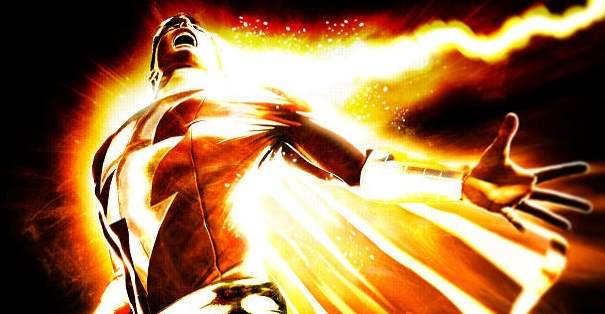 For years, there have been speculations about a film featuring Captain Marvel a.k.a. Shazam of DC comics.

However, fans wouldn’t need to wait anymore now as DCEU have scheduled a movie based on Captain Marvel, titled as Shazam, for a release in 2019.

The movie is touted to be more comical than any other titles under the DCEU and will center around the young boy named Billy Batson, who transforms into an adult superhero after saying the titular word, “Shazam”.

Although, there isn’t much news about the movie, it is confirmed that it will feature Dwayne Johnson as Black Adam, the main antagonist in the movie. If everything goes as planned, Shazam is all set to release on April 5, 2019.

As mentioned earlier, DCEU will launch a two-part movie series featuring the main superheroes of the DC universe as Justice League. While Justice League Part 1 is set to release in 2017, the part 2 will release 2 years, later on, June 14, 2019.

The movie will be directed by Zack Snyder and will hopefully feature all the major stars from Justice League Part 1, however, there is no official news confirming it. 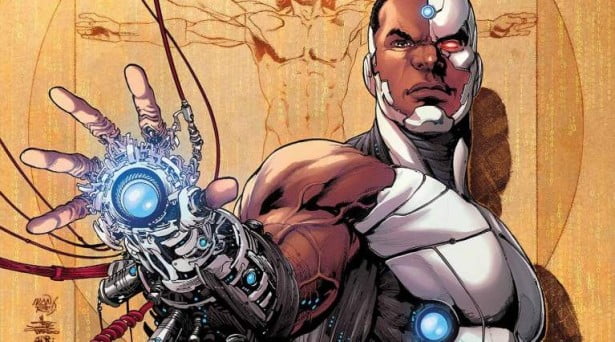 Although, the standalone movie of Cyborg under the DCEU is set for a 2020 release, the revival of the character can be witnessed in the 2nd installment of DCEU, Batman v Superman: Dawn of Justice, as well as both Justice League films. However, it will be the DCEU’s 10

However, it will be the DCEU’s 10th installment, when we would actually experience the first standalone film featuring Cyborg, played by Ray Fisher. There are no other official news or advancements about the movie as the previous installments are already in production. Nevertheless, Cyborg is expected to hit the cinema halls on April 3, 2020.

In spite of a tough run of the Green Lantern movie in 2011, the newly set up entertainment company DCEU, formed the alliance of Warner Bros, and DC Comics, is all set to reboot the story of the highly famous intergalactic peacekeeping force among the comic book fans. This time, the movie wouldn’t feature a single Emerald Knight, but would feature a team.

This time, the movie wouldn’t feature a single Emerald Knight, but would feature a team. Although, the project is still under the pipeline, there have been suggestions that the movie may feature both Hal Jordan and John Stewart, in addition to other famous versions of the character. The movie is titled as Green Lantern Corps and is scheduled for a release on June 19, 2020.

Most of the posters of Upcoming DC Comics movies are fan made, official posters are not released yet.

You can bookmark this page for future updates.