After the success of Bajrangi Bhaijaan Kabir Khan is back with another film Phantom, last film of Kabir Khan was about friendship and love and this film is about Terrorism.

Phantom is based on Mumbai Avengers and written by Kabir Khan. Let’s check out the Quick review of Phantom 2015 Film. 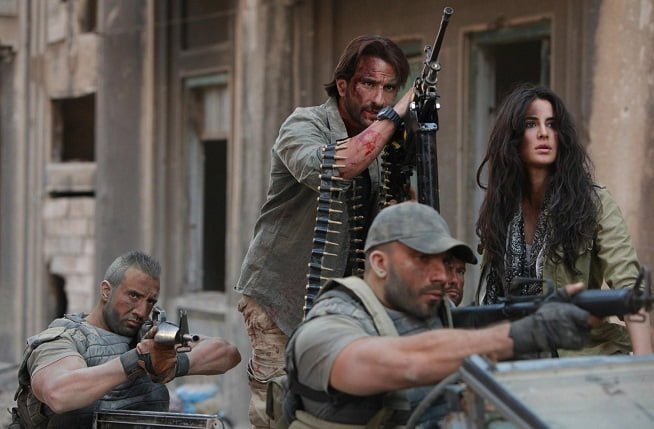 What I felt after watching Phantom 2015?

Kabir Khan is a good director and I was expecting some intense drama with action in the film. Ek Tha Tiger was an average film and this time I was hoping for the good, but the average casting and long plot irritates a lot in the film.The Film is a fictional story like D-Day, but D-Day was a well-executed film with much better acting and story. Phantom story is ok, but story telling is not good. Film deals with some unexpected sequences which are almost impossible in real life.

The Action is good and you will enjoy some action scenes if you are an action film lover.

Katrina Kaif will bore you again in this film. She needs some acting lessons. you can’t get work just for your looks in the film industry. Saif Ali Khan should avoid Agent Vinod type roles.

Phantom is made with the budget of 55 crores and I am really not sure about the recovery of the amount. Phantom is getting competition from previous hit films and next lineup is already giving challenges for screen shares.

Phantom is not releasing in Pakistan and this will make a huge impact on Box office Collections of Phantom 2015 Film.

Should I watch Phantom?

No, If you love films which make sense or keeps you with the story then you should skip this film, but if you are an action film lover then you can try this film.