Drishyam is directed by Nishikant Kamat, starring Ajay Devgn, Tabu, Shriya Saran in the lead roles. The film is the remake of Malayalam film with the same title. Malayalam Drishyam starring Mohanlal was so thrilling and intense crime drama. Let’s check out the Review of Hindi Drishyam.

What I felt after watching Drishyam? 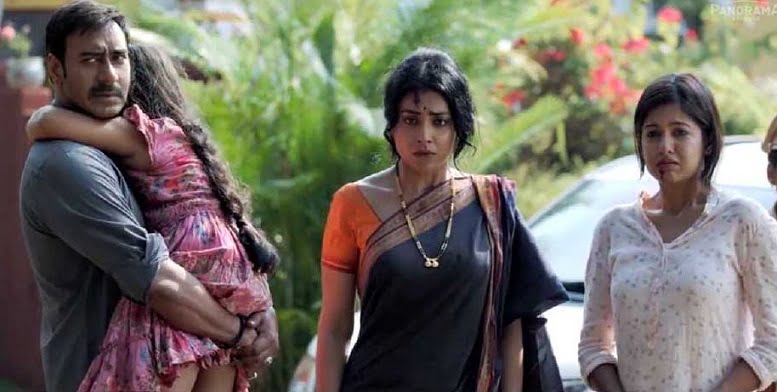 While watching Hindi version, I had no high expectations, but the film was good. The film is gripping and thrilling. Each and every twist in the film tells you how a common man can become super intelligent by just watching cinema.

Star cast of the film is important; I am still not impressed with the casting of Shriya Saran. She is not the perfect cast for this kind of role. Ajay Devgn and Tabu both are awesome as always.

A family is a prime suspect in the case of a Missing boy. That missing boy is the son of IG Meera Deshmukh(Tabu). They have all the police power and they want to know the truth.

The film is all about, How Vijay (Ajay Devgn) and his family get their way out of this mess.

Drishyam is a good film. A good word of mouth can bring more audience to the cinema halls, but Bahubali and Bajrangi Bhaijaan still roaring at the box office. It would be a tough fight for Drishyam to earn well at the box office.

Should I watch Drishyam?

Yes, You must watch this film once..