Lately, I have found that there are many people out there who have horrible taste when it comes to movies. This is the time of social media and even the film makers are aware of the power that the social media crowd holds. Hence, there’s always a budget set for all the upcoming movies for social media promotion at grand levels.

While a lot is talked about a certain movie by your friends and family all over the social media, you are more likely to watch the movie as soon as it releases. I was also excited many times to watch a movie that everyone is raving about, only to be disappointed later. And when I say disappointed, I mean completely as the movie turns out to be so bad that you can’t even bear to spend more than 30 mins at the cinema hall.

Today, I am listing a few movies which are completely senseless and idiotic. And I am not at all sorry to say that, if you like any of these movies then you’re a complete idiot.

Before we get onto the list, here are a few things that you must comply with:

Let’s move on to the list then. Writing this post is a great service to humanity as I am warning everyone who have not yet watched any of these movies yet to save yourself and my condolences are with those who watched these movies and survived. 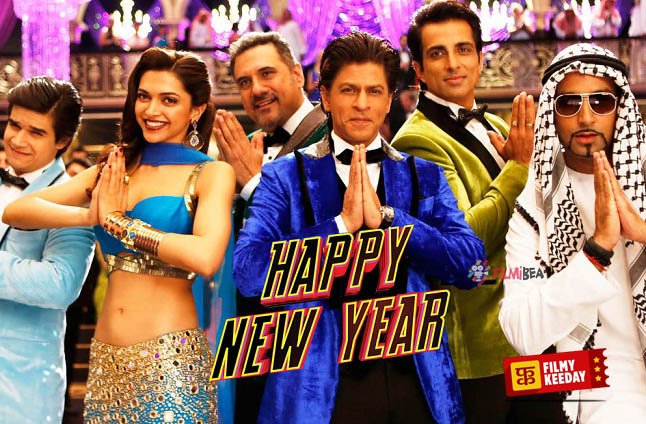 I do remember the first time when I watched the promo or let me say heard the promo on Youtube which was narrated by SRK. I simply don’t understand why Shahrukh Khan is so desperate to imitate Amitabh Bachchan. Mr. Bachchan without any doubts has the loudest yet clear voice not just in Bollywood but all over the globe. He is the No.1 choice when it comes to story narration in the movies which is proved with some great examples in movies like Lagaan and Jodha Akbar.

Now if Mr. Bachchan does it then SRK has to follow it no matter how pathetic he sounds while the narration for Happy New Year. SRK may have a cool voice but he can’t match Mr. Bachchan and pitching higher only makes it even pathetic. The theme of the movie was cool and it felt like Farah Khan and SRK may have watched the Hollywood action movie, “The Losers” and got the idea of making an Indian movie with some losers. All in all, the movie was a hit because of SRK fan brigade, still I believe even SRK fans were disappointed just like me. I hope the Bollywood fraternity bans Farah Khan and her brother Sajid Khan from making any more movies in future.

Now if Happy New Year had the King of Romance then Dhoom 3 had Mr. Perfectionist, Aamir Khan. All of you might be wondering right now how an Aamir Khan Starrer movie could make into the list. If any of you have watched the latest flick of the Dhoom franchise, then you would be pretty much satisfied with its inclusion in the movie. 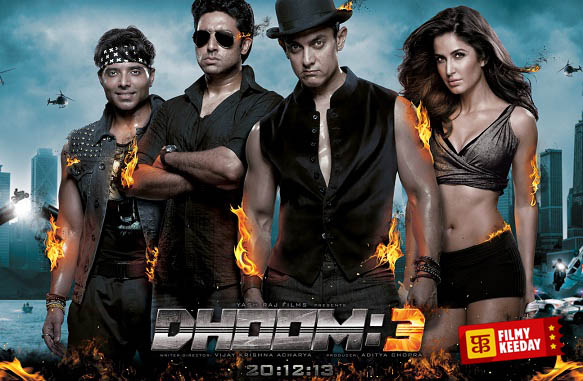 Unlike the previous Dhoom movies, Dhoom 3 was a total disaster according to me. Again it was a box office hit only because of Aamir Khan’s star power. The storyline of the movie was completely baseless. I still wonder why someone would hold a grudge against a bank for not offering loan and plan revenge. Yes, this was idiotic baseline of Dhoom 3. To make things worse, the action sequences in the movie, whether Aamir Khan riding his 1000cc bike on a rope or a machine which transforms into a submarine, bike and a ski boat anytime, were ridiculously unrealistic. Some scenes were so disastrous that it defied Newton’s law of Gravitation. If Newton was alive today, he would have committed suicide after watching the movie. Even Aamir Khan would be regretting saying yes to Dhoom 3.

First and foremost, Hollywood super hero movies are based on Marvel or DC comics. In short, they are already a huge franchise. Secondly, the technology used in these movies are breath taking and Bollywood cinema is miles away from that kind of technology. Lastly, these movies don’t have idiotic songs in their movies such as Dil Tu Hi Bata, Raghupati Raghav Raja Ram or Ishwar, Allah ya Bhagwaan. Just because India is a religious country, including God names in these songs won’t make them hit among the audience. Above all, there’s no need to include songs when it’s not needed. 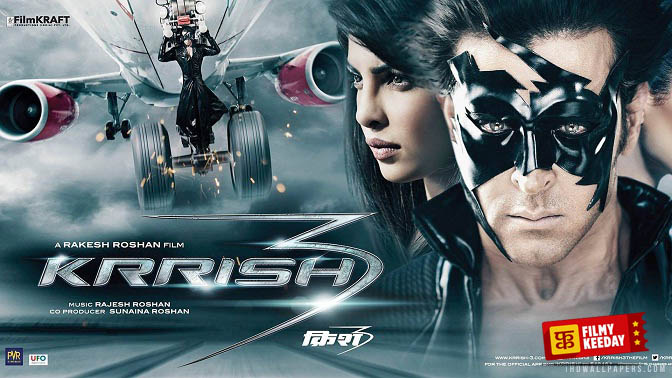 If that wasn’t enough to dislike then desperate Krrish was shown distributing Krrish bands in the movie. In short, our superhero was so realistic that he alongside saving humanity also promoted his bands in order to raise business and money out of it. Else, how would he take care of the medical expenses, costume costs and other necessary equipment to rescue people who are in danger? All in all, this movie was a pathetic attempt to compete with the likes of Iron Man or Batman series. If that wasn’t enough, Vivek Oberoi who played Kaal, the main antagonist in Krrish 3, went out in the media claiming that many fans praised his performance and said it to be at par with Joker in Christopher Nolan’s The Dark Knight. I hope Heath Ledger’s soul would be still resting in peace after such claim.

If there’s a Shahrukh Khan and an Aamir Khan movie in the list then how can we miss Style Bhai, Salman Khan’s movie Jai Ho. I believe that everyone is aware of the fact that Jai Ho was an official remake of a Telugu movie, Stalin starring Chiranjeevi. Today it has been a trend or better say a success formula for a blockbuster. Pick a super hit South Indian movie (best if it’s a Tamil or Telugu masala movie). Then get the dates from Salman Khan who is always eager to work in South Indian remakes. Lastly, add one or two item songs in the movie and it’s done. The movie will be declared a hit or blockbuster even before its release. 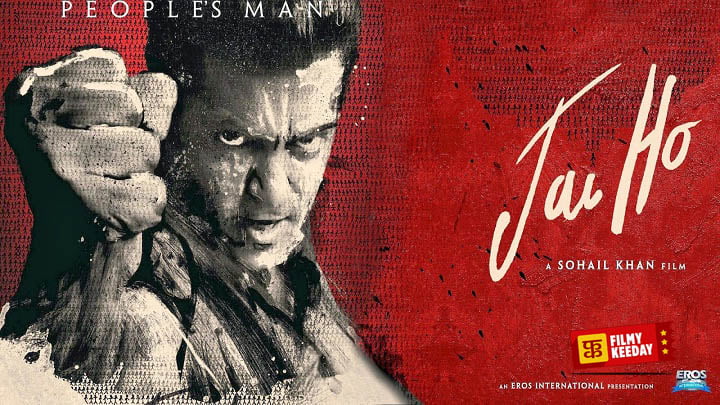 Jai Ho was an example of just that. It was an action masala movie set around a political leader who is defied by a common man none other than Sallu bhai. Now if Salman Khan, who could beat the hell out of 100s of men at one go, dance at certain disco numbers and sing songs for any event, represents the common man of India then I am certainly representing the next Indian President. Sometimes, I don’t really get it what Bollywood is up to. If they are here for entertainment then they should continue with that and if they are here for a social cause then great. But mixing both affairs is a big no for me. Salman Khan is an entertainer and he should continue with that rather than following Aamir Khan’s Satyamev Jayate in his own style.

One day Shahrukh Khan’s kids were praising a lot about Krrish before Krrish 3 was released for sure. Shahrukh Khan envied Krrish so much that he decided to make RA.One which eventually became the darkest event in the history of Bollywood cinema. The movie was again a Bollywood attempt at Super Hero movies which turned out to be a disaster and almost ruined SRK’s career graph. The movie had SRK as a Game Developer based in the United States who is desperate to launch a cool video game to impress his son quite similar to what he wants in real life too. 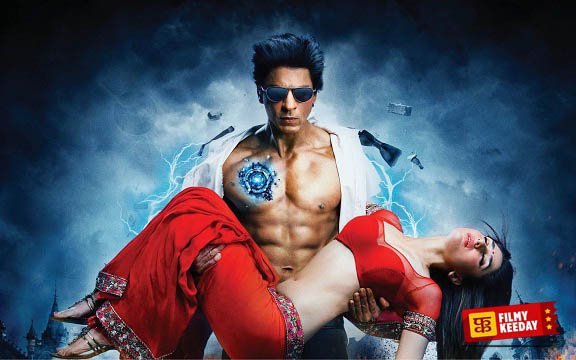 Now as he was playing the character of a Tamil, he must have curly hair and should love dahi chawal and display his likeness towards the food by mixing noodles with dahi and eating disgustfully with his bare hands. There’s no other way you can portray a South Indian character. Now if this Tamil SRK was not enough, we have another SRK as G.One who plays the super hero resurrected out from a game. Since I watched the movie, I am often reluctant to play video games involving deadly characters in it as you might never know when a character would come out in real. If that’s not enough, there are rumors suggesting there may be a RA.Two in the future.

Either our film makers have pledged to defy science or they believe that most of the viewers watching the movie don’t have the basic knowledge of science because of which they would never notice the flaw in the movie.

The above list contains the movies which you can watch and survive but there are many such movies out there that may risk your life. So, I have not included them in the above list.