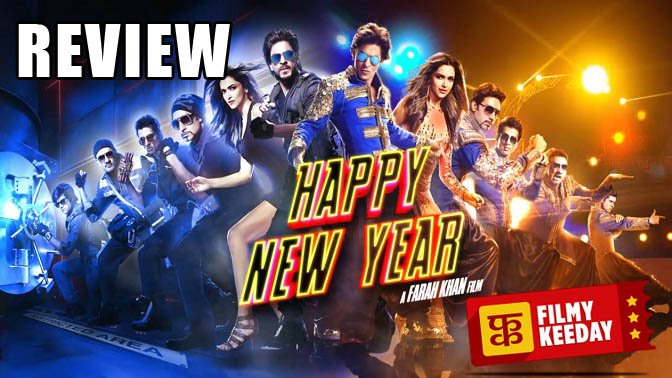 What I felt after watching Happy New Year

I was hoping I will be watching a romantic comedy with a pinch of thrill and action. But to my surprise, even after the film has got lots of romance, comedy, action and thrill, I was finding a way to escape from the air conditioned cinema hall. I was struggling watching the film, look like they don’t have any dialogue writer in the movie. most of the dialogues are taken from the Old films of SRK.
Back to the critical review, the film lacks so much and has tons of over acting and old dialogues. The first half of the film is quite repetitive, it might reminds you of Tees Maar Khan.
It won’t be wrong to say that Farah Khan is slowly and gradually becoming a competition for Sajid Khan as a Director.

Acting is too over of all the actors, but Abhishek Bachchan is funny in all his acts.

Story of Happy New Year is a revenge Story, Charlie(SRK) plans to take revenge from Charan Grover( Jackie Shroff) for the humiliation of his father, for that he builds a team to rob the diamonds of Grover (Jackie Shroff). He findsthat the only way to Rob the diamonds is by participating in World Dance Championship. So They all participate in the Dance Event to rob the Diamonds from the most secured security systems and safe.And for all secret twists you should watch the movie.

Overall film is average, visually film is very good and dance and stage performances are good but overall film is just average. But Box office collections of the film will be good, Because of Advance booking and SRK fan following.

No, if I have to spend from my pocket. But I won’t mind watching the film when it gets premiered on Television.