Movies are our favorite things to entertain us, straight. There are movies based on possibly everything you can imagine and sports are no exception.

Hollywood has an unparalleled talent to capture the poetry, drama, and beauty all sports fans know. Although there are Hollywood movies on every sport but for sure there is something cinematic about baseball. If you see Baseball as a whole, it’s perfect for storytelling.

Though it took a lot of time for Hollywood to figure out how to make good Hollywood movies about baseball and baseball players, there have been some great ones since the 1970s. Many of the Hollywood’s biggest actors have done movies on baseball and baseball players at some point of their career be it biographies of great players, real events, and the connection of game with the American culture or fictional stories.

Most of the films in this list of Best Baseball Movies of All Time and Baseball are based on Real Life stories.

So if you like a good comeback, a lot of spitting and cussing, a final at-bat, then you are surely going to love these Hollywood movies about baseball and baseball players. 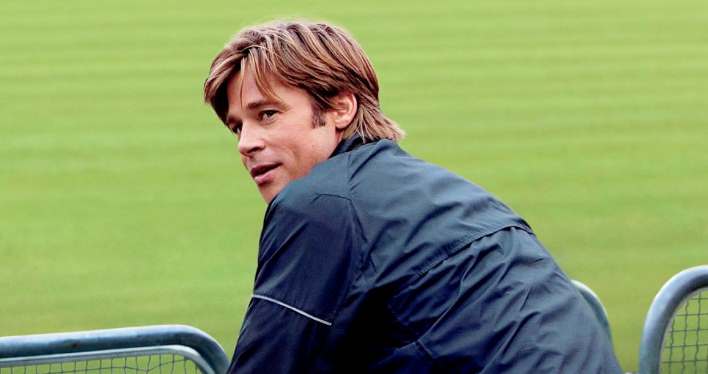 Can you actually form a winning baseball team with some amazing baseball players when you don’t have the payroll of the Los Angeles Dodgers or the New York Yankees? A former player with Billy Beane tries to discover how much he could do with his limited payroll during the 2002 season as the General Manager of the Oakland Athletics. The movie stars Brad Pitt as Beane and was a complete box office success. The movie was nominated for 6 Oscars and a ‘Best Supporting Actor’ nomination. 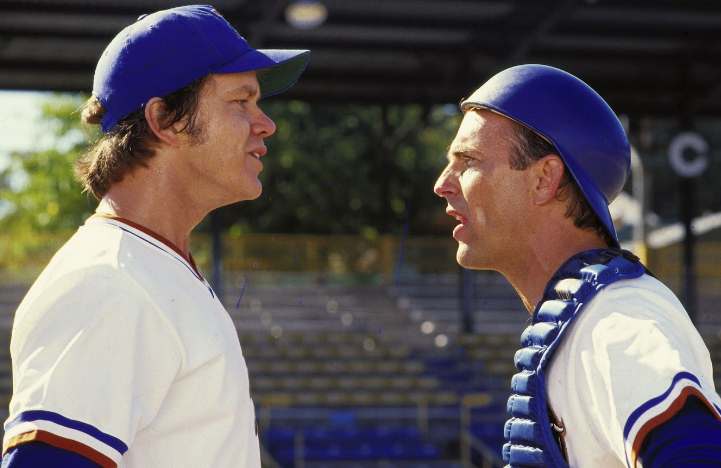 The glory of the major leagues is totally different from the world of minor leagues. Bull Durham features Kevin Costner as Crash Davis who was an amazing catcher helps an ever more talented but younger pitcher Nuke LaLoosh acted by Tim Robbins prepare for a stint in the major leagues. But a love triangle starts between the two and Susan Sarandon who played the role of Annie who was a baseball groupie and tries to prepare LaLoosh in her own way. The movie was nominated for a ‘Best Original Screenplay’ Oscar and It is one of the Best American films about Baseball or life of baseball Player. 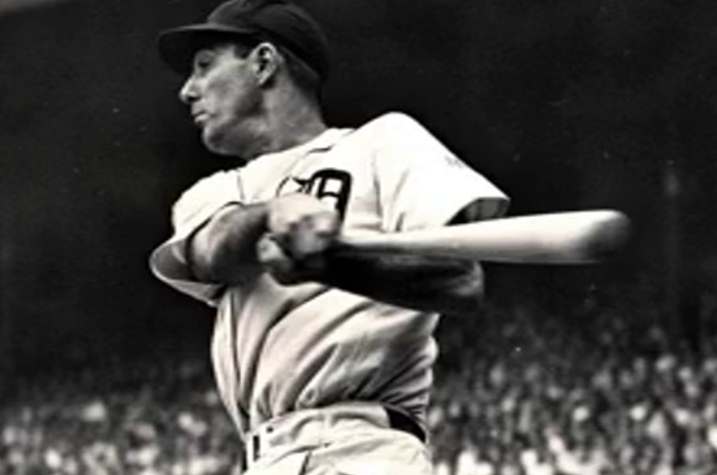 The 1998 documentary movie written, produced and directed by Aviva Kempner. It’s about first baseman Hank Greenberg of the Detroit Tigers the Hall of Fame. Hank was the major Jewish baseball player in the major leagues who chose to not play in 1934 on Yom Kippur. He almost broke the 60 home run record of Babe Ruth in 1938 by hitting 50 home runs. But just like most of the players’ career, his career was also interrupted by military service. 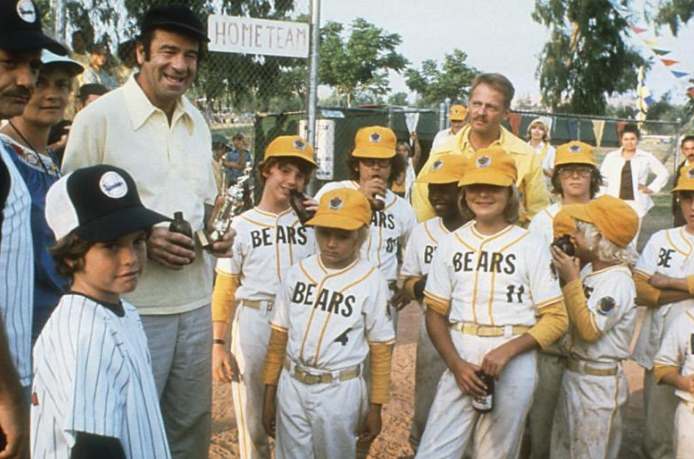 The movie features Walter Matthau as an alcoholic who is hired to train a team of the worst Little League players in Southern California. The young players who have absolutely no skills playing with Matthau are something amusing as he tries to bring the team together. A TV series and two sequels were followed but none of them were as endearing and hilarious as the original one. 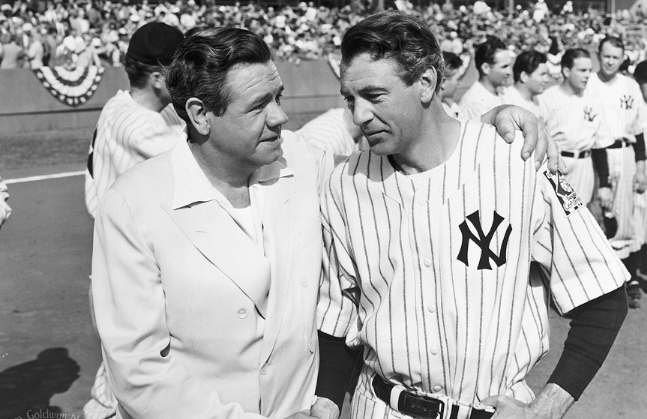 One of the most heartbreaking stories in the world of baseball was the early death of the greatest players Lou Gehrig. And a year later after the death of this legend the biopic of the great Yankees first baseman was released by RKO Pictures. The Pride of the Yankees starring Gary Cooper as Lou is one of best pre-1970s movies and chronicles Lou’s rise from studious student to baseball powerhouse until his body begins to fail him. The movie features Babe Ruth, baseball’s biggest icon playing. The Pride of the Yankees considered as one of the Best Baseball Movies of all Time. 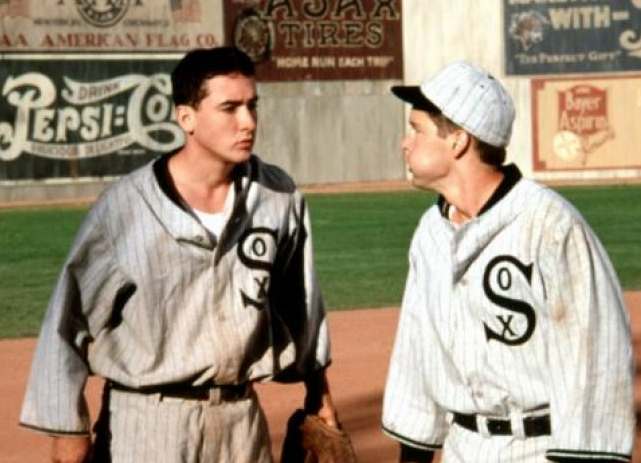 The movie featured Christopher Lloyd, John Cusack, Charlie Sheen, Michael Rooker, David Strathairn, and other very well known actors depicted the story of the not so popular ‘Black Sox’ scandal of the 1919 World Series nearly derailed and shook baseball. The members of the Chicago White Sox who were heavily favored in the World Series were fed up with owner Charles Comiskey’s greed, and gambled to intentionally lose the game. Although the movie directed and written by John Sayles, was not a box office success, still it was critically acclaimed for fairly depicting the players’ disgust with team management.  It’s considered as one of the worst sports scandals in American sports. 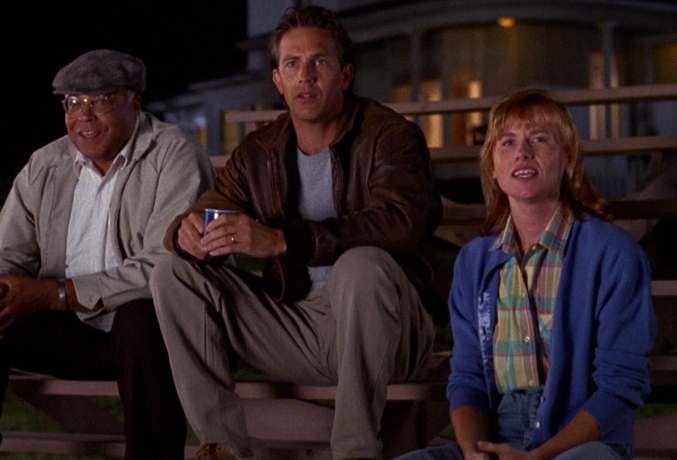 As you can guess by the name of the movie it’s about the dreams a man used to have that asks him to build a baseball field on his Iowa farm. Once he listens to his dreams and builds it, the ghosts of the baseball’s past come to the scene. Kevin Costner has some of the most amazing baseball movies on his part and the dialogue “If you build it, he will come” is one of the most memorable quotes in the Hollywood film history.