Once upon a time… were the coolest words, we often waited to hear while we were kids. Because that’s how every fairy tale or bedtime story started then!

Fairy tales have been one of the most entertaining things during our childhood days. Most of us had a grandmother, who would tell us interesting stories every night before we went to sleep.

Besides being the most entertaining factor in our lives, these fairy tales are also somehow responsible for igniting our creative skills as we imagine the whole world described in these short little bedtime stories.

However, seeing their popularity among the kids as well as understanding the importance of fairy tales among everyone, the Hollywood industry has gone one step ahead and crafted these sweet little bedtime stories into spectacular cinema.

Today, we bring you an amazing list of beautifully crafted Best Fairy Tales movies that would take you back to your childhood days: 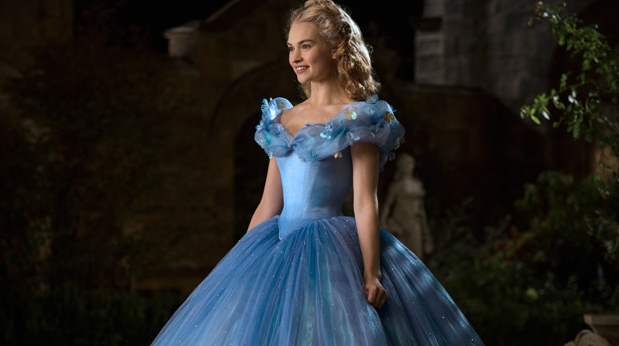 One of the best romantic fantasy of every girl is the story of Cinderella, that she grows up with. In fact, the folk tale Cinderella by Charles Perrault is the main reason that gave birth to the concept of every girl waiting for her prince charming.

There are a lot of movies made based on the Cinderella folktale, yet, the one that makes it to the list the 2015 American romantic fantasy film, Cinderella directed by Kenneth Branagh.

Although not a direct remake, the film is inspired by few elements of Walt Disney’s 1950 animated film of the same name. 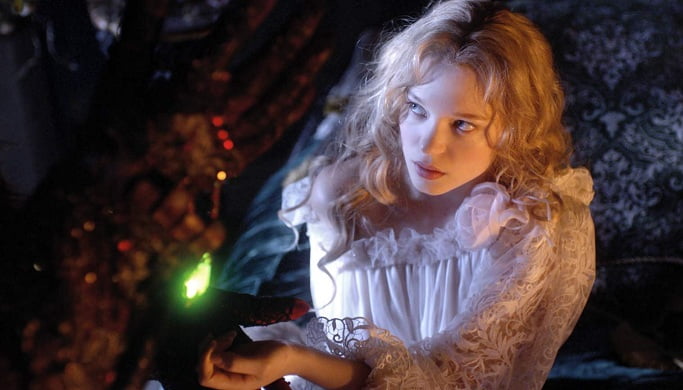 Yet another popular fairy tale movie is 2014 Franco-German romantic fantasy film, Beauty And The Beast. The film is based on the highly famous folk tale of the same title written by Gabrielle-Suzanne Barbot de Villeneuve.

It is a romantic story that is centered around a beautiful girl and a cursed beastly scary man. Again, because of its widespread popularity, a lot of animated movies/series are adapted within the similar theme of the folk story.

Many of these movies are fully based on the folktale, while some are a modern adaptation of the same concepts. However, the 2014 film is completely inspired from the folk tale. 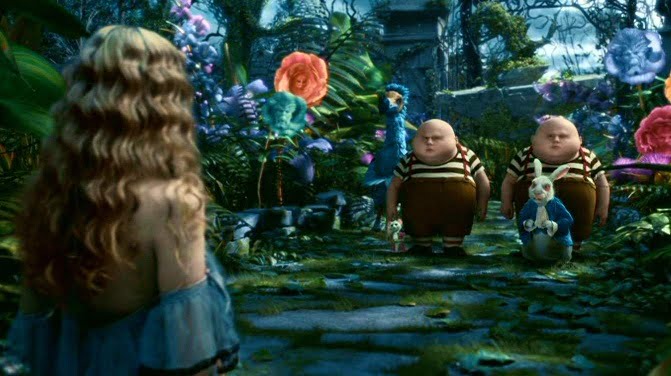 Alice in Wonderland convinced us about a different land full of wonders somewhere on the earth in our childhood.

However, the 2010 dark fantasy film of the same title and based on the similar concept took us on a spectacular journey through a completely new universe of amazing wonders that would let us relive the fantasies of our childhood that were limited to storybooks and animated films or series.

The film stars Mia Wasikowska as Alice, along with Johnny Depp, Anne Hathaway, and Helena Bonham Carter in supporting roles. 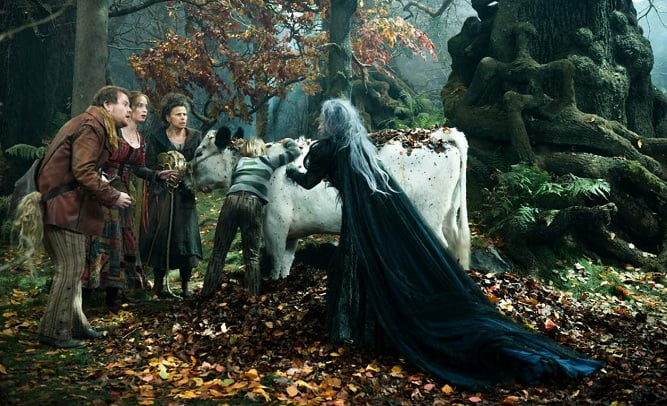 If you were a huge fan of fairy tales or bedtime stories, then you must watch the 2014 Romantic Fantasy film, Into The Woods.

The film is inspired by a series of Grimm Brothers’ Fairytales from Red Riding Hood, Cinderella, Jack and Beanstalk, and Rapunzel. Starring the likes of Johnny Depp and Meryl Streep, the film is remarkable for its locations and elements from different fairly neatly molded into one single feature film. 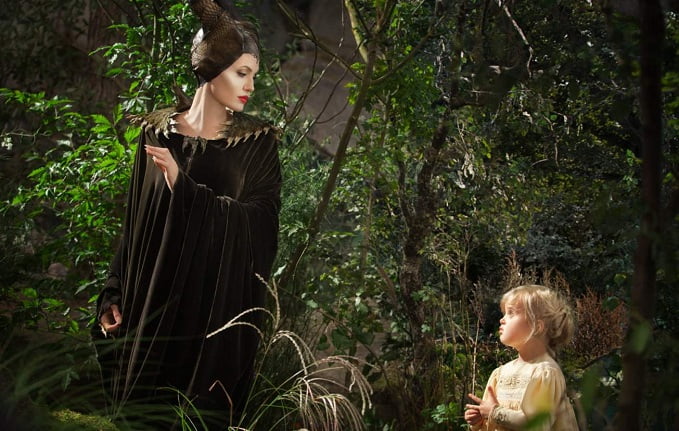 All our life, we have been told the story about a beautiful princess and an evil witch, whenever there’s a mention of the famous folktale Sleeping Beauty by Charles Perrault.

However, Maleficent is a film that narrates the fairy tale from a different perspective of the main antagonist, Maleficent, portrayed by Angelina Jolie. 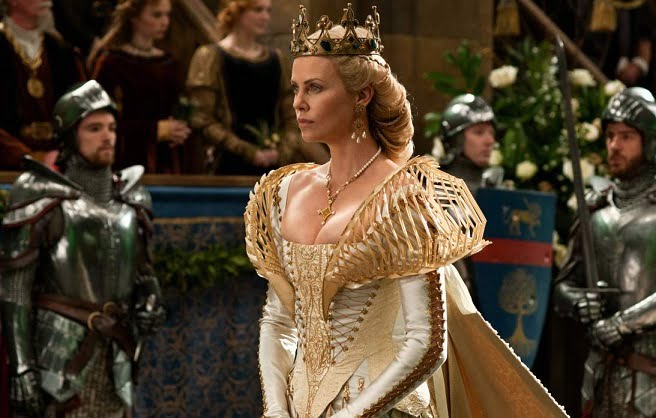 Based on the famous fairy tale by Brothers Grimm, Snow White, the 2012 dark fantasy adventure film, Snow White and the Huntsman is directed by Rupert Sanders.

Although inspired from the fairy tale, the film does twist and turn the plot by emphasizing on a romantic angle between the Snow White and the Huntsman, who eventually revives the young princess after being tricked by the evil queen into eating a poisoned apple. 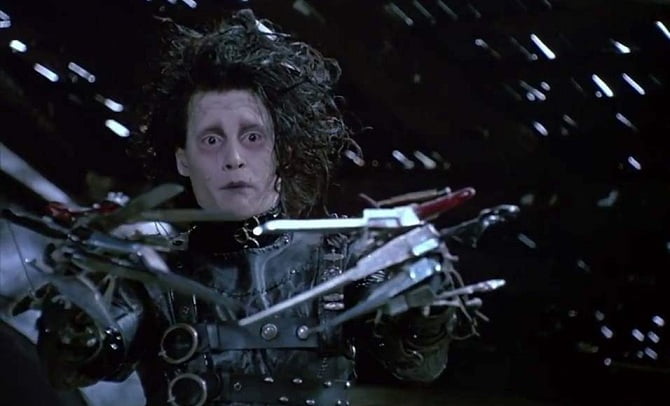 Slightly based on the themes of Frankenstein and Beauty and the Beast, the 1990 romantic dark fantasy film, Edward Scissorhands is truly a marvel created by Tim Burton, who conceived the idea of the film since his childhood days, probably after being influenced by the aforementioned story themes.

Edward Scissorhands is set around Edward, portrayed by Johnny Depp, an artificial man with scissor hands, who is taken in by a family where he is struck by cupid’s arrow and falls in love with their teenage daughter Kim, portrayed by Winona Ryder. The film is a classic because of its innocence and deep understanding of true love. 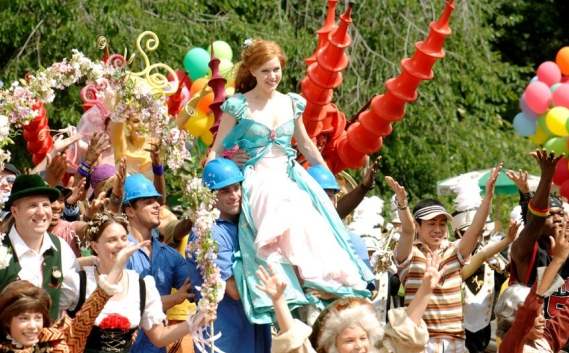 Not entirely a film based on a specific fairy tale, Enchanted is a 2007 musical comedy directed by Kevin Lima.

The film qualifies to be on the list because of the way it pays a homage as well as creates a parody of Disney Animated films centered around fairy tale themes. The film has real actors, who play their significant characters in an animated fairy tale world devoid of problems, known as Andalasia. 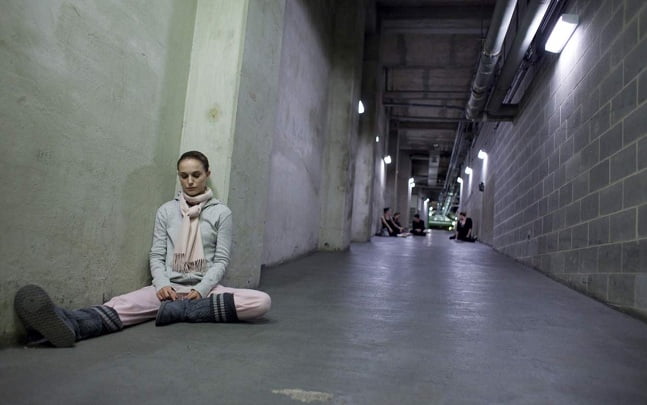 Black Swan is a highly acclaimed Hollywood film that won many accolades and awards, including an Academy Award for Best Actress by Natalie Portman for her fine portrayal of Nina Sayes and The Swan Queen.

The film is a psychological thriller movie based on Tchaikovsky’s Swan Lake ballet, which in turn is inspired by Russian folk tales revolving around the story of Odette, a princess turned into a swan by an evil sorcerer’s curse.

Black Swan is a special movie because of its in-depth narration of psychological pressure and challenges faced by passionate artists towards their works, though in a fictional way. 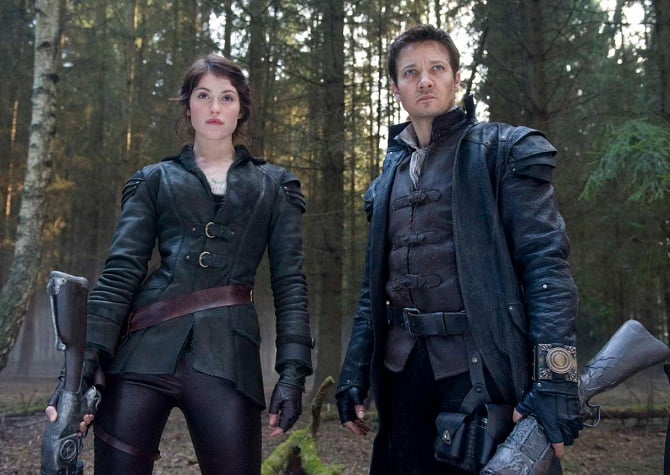 Based on yet another Brothers Grimm fairy tale collection, Hansel & Gretel: Witch Hunters is a 2013 American-German dark fantasy, a horror film starring Jeremy Renner as Hansel and Gemma Arterton as Gretel.

Unlike the folk tale, the film is set in the plot where the titular siblings have grown up becoming the duo of witch hunters on hire. Directed by Tommy Wirkola, the film is targeted towards the new generation, who are desperate to know about the fate of their favorite characters after the end of the fairy tale. 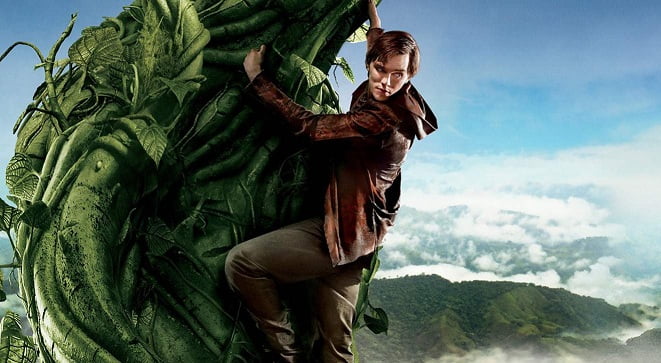 While most of the fairy tales appeal to the girls, there’s Jack the Giant Killer and Jack the Beanstalk centered around a male character and favored by the boys.

And the 2013 fantasy adventure film Jack the Giant Slayer is a live-action screen adaptation based on those British fairy tales, where Nicholas Hoult as Jack takes us on an adventurous journey into a whole new world dominated by the race of giants in order to rescue the princess Isabelle, portrayed by Eleanor Tomlinson. 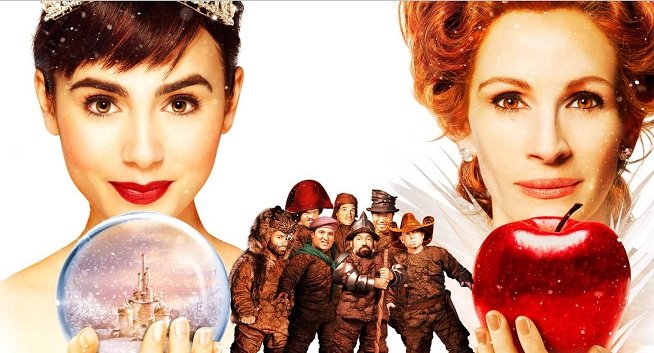 If Snow White and The Huntsman was something distinct from the real fairy tale of Snow White, then here’s 2012 adventure, fantasy film Mirror Mirror based on the same fairy tale but again twists the plot.

In Mirror Mirror, the Prince is influenced by the love potion and is totally under the control of the evil Queen. Moreover, in contradiction to most of the fairy tale themes, Princess Snow White kisses the Prince to break the spell of the potion.

The film stars Lily Collins as Snow White, whereas Julia Roberts plays the Evil Queen along with a supporting cast consisting of Armie Hammer, Sean Bean, Nathan Lane, and many others. 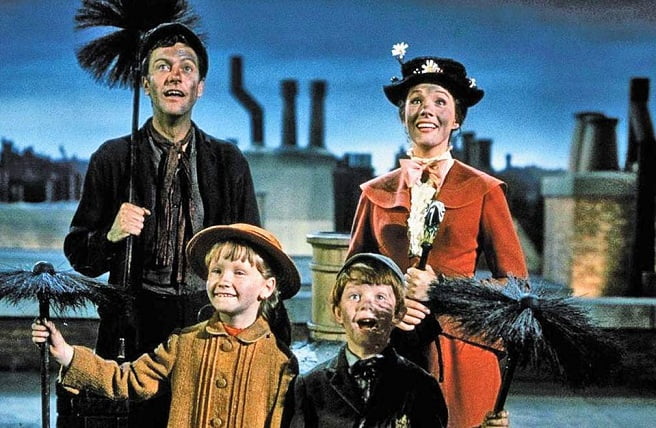 Based on the book series by P.L. Travers of the same title, Mary Poppins is a 1964 American musical fantasy film directed by Robert Stevenson and produced under the Walt Disney banner.

The film talks about the story of a dysfunctional family in London, which starts mending itself after the arrival of their new nanny Mary Poppins, portrayed by Julie Andrews. The movie is a must watch for its musical theme and simplistic way of understanding the true way of living. 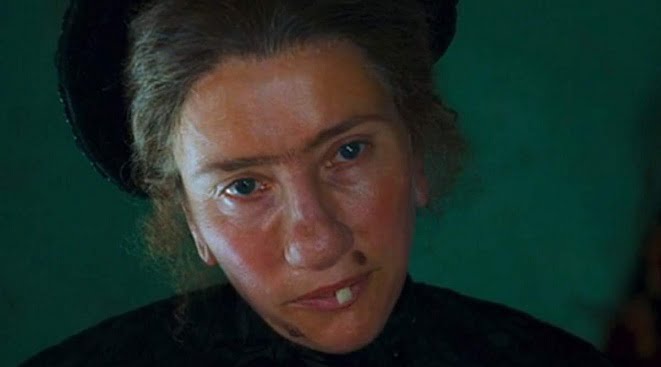 Another family drama based on a similar theme as Mary Poppins is the 2005 film, Nanny McPhee.

However, the film is actually inspired by the book series of Nurse Matilda written by children’s author Christianna Brand with the illustrations by her cousin, Edward Ardizzone. The film revolves around a magical nanny called Nanny McPhee played by Emma Thompson, who takes the charge of a nanny at households with naughty children with a mission to teach them how to behave.

Introducing herself as Government Nanny, she follows the principle that states, “When you need me, but do not want me, then I must stay. When you want me, but no longer need me, then I have to go”.

The success of her visit to a family is also displayed by her appearance where she turns into a beautiful lady from an ugly old nanny, once the children of the family become good and decent. 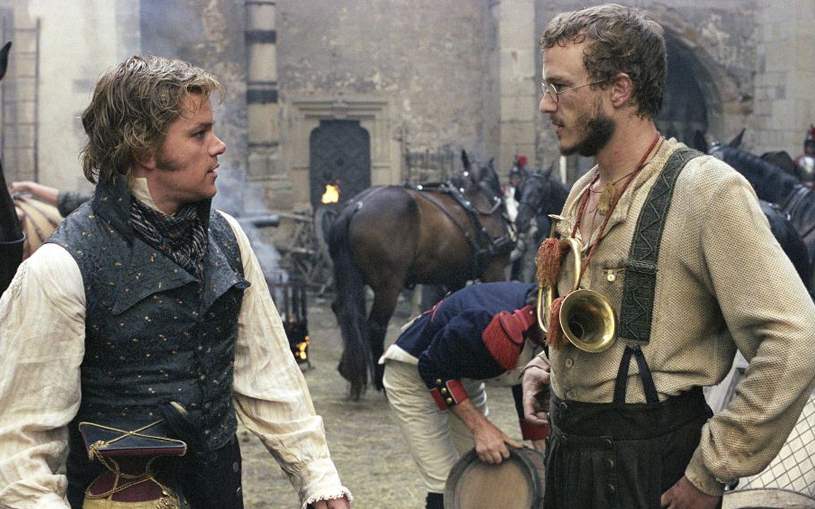 Alas! We served the best for the last. Although it’s not based on any fairy tale, this 2005 adventure, fantasy film The Brothers Grimm requires a special mention on the list as the film is a fictional tribute to the creators of the world’s best fairy tales such as Cinderella, Snow White, Hensel and Gretel, Sleeping Beauty, Rapunzel, and many others.

However, the film portrays the brothers, portrayed by Matt Damon and Heath Ledger, as con artists, who encounter a fairy tale curse that requires real courage rather than their bogus exorcism skills.

It becomes a must watch for all the fans of fairy tales as a homage to Brothers Grimm, who took us to some adventurous journey to farther lands that we could only imagine in our dreams or experience in the movies.