The Bollywood film industry has been around more than 100 years entertaining the people all over the world. The main reason for its popularity across the borders is definitely the soulful music, unforgettable songs and impeccable dance move blended in the cinema right from the beginning. A lot of credit must go to the romance genre in Bollywood that’s highly responsible for popularizing the trends of music and dance in the films.

Since from the start, there has always been a romance element in the majority of Bollywood films, irrespective of the main plot or theme of the movie. Whether the film is an action thriller, comedy or family drama, there will always be a romantic angle blended somewhere within the movie. However, there’s also a separate romance genre in Bollywood that has given some of the Best Romantic Films of all time.

Bollywood film industry dates back to the year 1913 when the first Bollywood film was released. It was an era where romance or love marriages were often considered a taboo and there was always a fear among the filmmakers that if there’s any romantic element included in the films, it would definitely raise a lot of controversies.

You can assess the state of the romance genre in the country during that era by the fact that the first romantic Bollywood film that gained recognition was Devdas in 1937 starring K.L. Saigal. It was the same film that was remade in 1955 starring Dilip Kumar in the titular role that earned him the title of “The Tragedy King” in Bollywood. 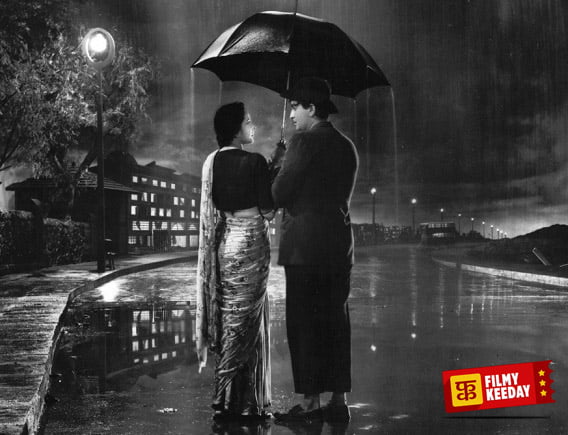 However, it was a bold move from Raj Kapoor, one of the superstars of Bollywood in the 50s and 60s besides Dev Anand and Dilip Kumar, that changed the face of romance in India. Directed and produced by himself, Raj Kapoor played the protagonist in the 1951 romantic Hindi film Awaara. The film wasn’t bold enough to current standards, but it did raise a few eyebrows during that era as it displayed the passionate love between Raj Kapoor and Nargis to such an extent that they were even romantically linked in real life by the media.

Awaara also gave us Bollywood’s first Romantic Jodi as well. Despite the movie’s success, the same formula was hardly targeted in the Bollywood cinema at that time. Most of the movies in that era were based on social issues and family drama. However, Raj Kapoor kept his stint alive with movies like Shree 420 and Barsaat.

But, the real shift in the romance genre came after the release of Mughal-e-Azam starring Prithviraj Kapoor, Dilip Kumar and Madhubala. Directed by K.Asif, the film has become a legend in the Bollywood industry as one of the best classic epic historical drama. However, considering the romantic angle between the characters of Salim and Anarkali, portrayed by Dilip Kumar and Madhubala respectively, the film is also recognized as one of the iconic romance genre films of Bollywood. The film combined both emotional and bold elements into the romance genre for the first time and made the audience realize the depth and importance of love.

Later in the years, Sangam was another romantic film released in 1964 starring Raj Kapoor, Vyajanthimala and Rajendra Kumar that actually offered the much-needed boost to the trend of Love Triangle in the films during that era. However, the 1964 romantic drama film Guide starring Dev Anand and Waheeda Rehman broke all the barriers that were forced to love or romance during that era.

A Shift in Romance Genre of Bollywood

After the huge success of the movie Guide, romance genre got a new breath of life as the genre was developed into a trend in the coming years and a new star was all set to take over the world as the Original King of Romance. Yes, I am talking about Rajesh Khanna, The First Superstar of Indian cinema. 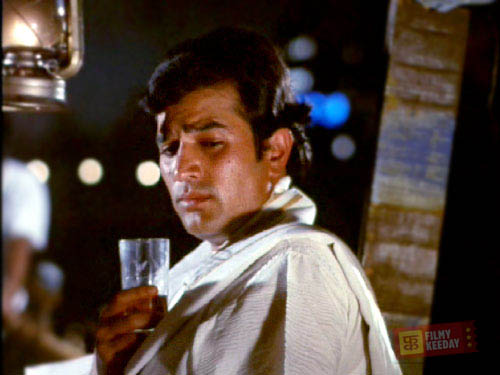 Not that, there were no great or successful actors before Rajesh Khanna, but owing to the fame and popularity he received during the 70s and 80s, no other actor achieved it before him. Although he starred in different genres, his best films were the romantic ones, including Aradhana, the 1969 film that made him a superstar overnight. It was followed by Kati Patang, Amar Prem, Aap Ki Kasam, Daag and many others.

Well, Rajesh Khanna entertained his fans for almost 2 decades until the emergence of his successor in Amitabh Bachchan. Although Amitabh Bachchan acted in several romantic films such as Muqaddar Ka Sikandar, Silsila, Kabhi Kabhi, Sharaabi, Mili, Khuda Gawah and Baghban, the actor was highly known for action drama. Hence, the change in the shift towards romance started by Rajesh Khanna got a break during Amitabh’s reign in Bollywood until the 90s.

From the 1970s to 1990s, there was no drought of romantic films. Some of the iconic romantic films were released during this era. While the films like Prem Rog and Ram Teri Ganga Meli were focused on the social barriers against love, there was also Ek Duje Ke Liye, which features the theme of inter-caste relationship and the problems associated with it between the families. 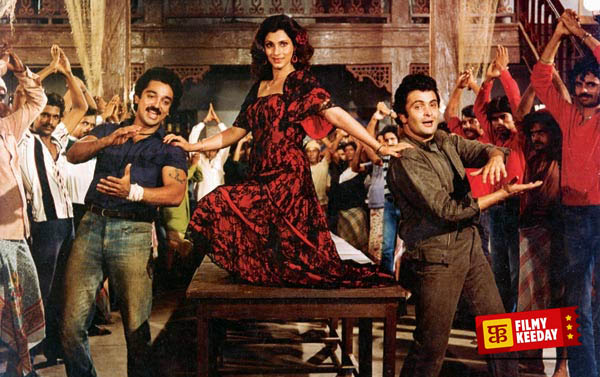 However, the trend slowed down a lot during this era. The films were mostly based on action and a new image for Hero was being developed in the industry, which was quite opposite from the likes of Raj Kapoor, Dilip Kumar, Dev Anand and Rajesh Khanna but resembled an action figure like  Amitabh Bachchan a lot.

You must be wondering why am I talking about the actors alone but no actresses. Well, to be honest, even today, Bollywood is spearheaded by the actors in the main league, whereas actresses are mostly second fiddle. Yet, there were some of the legendary actresses in Bollywood such as Nargis, Madhubala, Sadhna, Sharmila Tagore, Hema Malini, Rekha and Sridevi, who played a significant and equal part in the development of the romance genre in the films till the 90s. In fact, you could say that without these brilliant and beautiful actresses, the charm and innocence in romantic films would be missing. 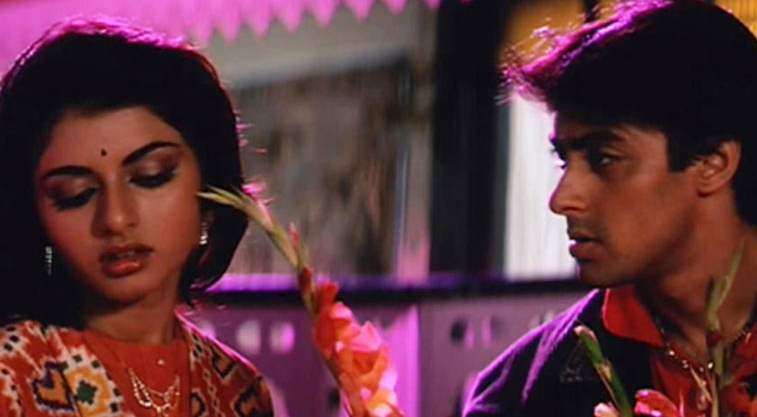 Well, every superstar in the Bollywood era defined the trend during their peak time in the industry. Whether it was the trio of Dilip Kumar, Raj Kapoor and Dev Anand in the 50s and 60s, Rajesh Khanna in the 70s or Amitabh Bachchan in the 80s. The trend remained the same for the 90s as well as Bollywood saw the romance genre, taking the lead in the Bollywood industry. Although the 90s saw some of the best action Heroes like Sunny Deol, Sanjay Dutt, Jackie Shroff, multi-faceted actors like Anil Kapoor and Naseeruddin Shah, it was the trio of Shahrukh Khan, Aamir Khan and Salman Khan, who changed the face of Hindi cinema.

Aamir Khan’s debut film as the lead actor, Qayamat Se Qayamat Tak displayed the struggle of two young lovers because of their family feuds and traditional barriers for love and marriage. The film made Aamir, a star overnight. Next was Salman Khan’s first solo film Maine Pyar Kiya, which also created history just like Qayamat Se Qayamat Tak, but ended on a happy note. 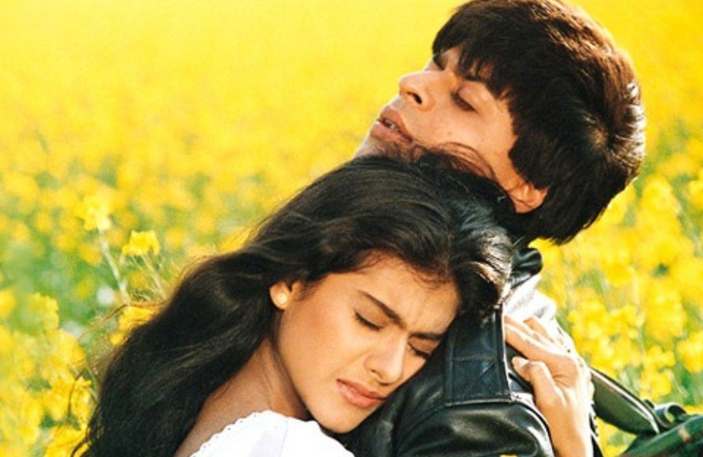 Both these movies actually set the base for a new era of romance that focused on young love, charming actors, and unforgettable music. However, the real impact that literally set a new trend of romance in India was the 1995 Aditya Chopra film Dilwale Dulhania Le Jayenge starring Shahrukh Khan and Kajol, the best romantic Jodi of all time. Dilwale Dulhania Le Jayenge brought the trend of foreign locations and songs filmed in the Swiss Alps, building a new market for Bollywood films overseas. DDLJ is known for most Romantic Dialogues in Bollywood.

Although it wasn’t the first film to have foreign locations, the film somehow triggered a new motion and had such a huge impact on the Hindi film industry that almost every filmmaker started making similar films under the romance genre with long titles. The film also helped Shahrukh Khan to claim the title of King of Romance, which otherwise was owned by Rajesh Khanna even after his reign. Films like Dil To Pagal Hai, Kuch Kuch Hota Hai, Pardes, Veer Zara, Kal Ho Na Ho, and much more added to his list of some legendary romantic films of all time.

Around the same time Aamir Khan and Salman Khan also entertained us with some of the best romantic films of all time. A few notable films of Aamir Khan in the romance genre would be Dil, Dil Hai Ke Manta Nahi, Raja Hindustani, Rangeela etc., while Salman Khan became the Rajshri poster boy as he followed the success of Maine Pyar Kiya with Hum Aapke Hai Kaun. However, he also delivered some great romantic movies like Saajan, Love, Baaghi: A Rebel for Love, Patthar Ke Phool, Hum Dil De Chuke Sanam, Tere Naam and many others.

The Dawn of New Romance

Although both Aamir and Salman have left the romance genre since the new millennium, Shahrukh Khan is still juggling between the romance genre and action thrillers every now and then. However, in the 21st century, the new stalwarts like Hrithik Roshan, Shahid Kapoor, Ranbir Kapoor, and Ranveer Singh have stepped into the arena along with Deepika Padukone, Kareena Kapoor, Anushka Sharma and Katrina Kaif, writing a new chapter for romance in Bollywood. 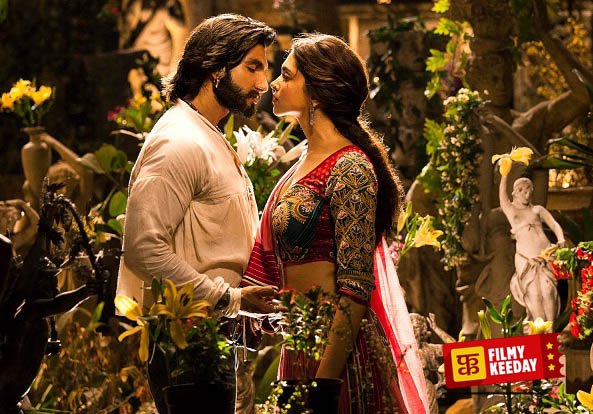 These stalwarts have offered some the modern age romantic films like Kaho Na Pyar Hai, Ye Jawani Hai Deewani, Rockstar, Ram Leela, Band Baaja Baarat, Jodha Akbar, Wake Up Sid, and many others. During the same time, actors like Emraan Hashmi has infused the boldness in this romance genre with some of the best romantic thrillers like Gangster, Jannat 1&2, Humari Adhuri Kahani, Murder 1 & 2, Awaarapan and much more.

With this new era of Romance in the 21st century, the dominance of a single star or a group of stars has ended in the industry. Also, there are sub-genres of romance being introduced in the industry such as the romantic drama, romantic comedy, romantic thrillers etc.

The genre is evergreen even today and new age filmmakers are every now and then offering a new twist to romance in Bollywood with their cinematic marvels. 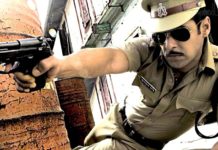