Are you in pain?

Not a bluff one! The real one!

Well, the latest cinema work of Jean-Marc Vallee (Director), starring Jake Gyllenhaal in lead role, can help you, in sort of a way!

Demolition is what they named it, and being a fan of the lead actor, I was waiting for this movie, ever since they released the trailer last year. The movie is none like others, we all are doomed to see, and is totally trying to portray a REAL situation. There is a lot of times, Honest word is used, if that explains you without spoiling.

As usual, I’ll be continuing my efforts to share movie reviews without any major spoilers (or even minor, will do my best) and here is what I thought after watching Demolition movie.

The principal thing here is that, this movie isn’t for everyone. You need to understand the character here, and the story flow, in order to get those hidden jokes and sarcasm, throughout the script.

Bryan Sipe (Screenplay Writer) did his best to include numerous sarcastic moments in the film, which made it fall under Comedy category. But, you still have to take your chance!

As you can judge from the trailer itself, Davis Mitchell (played by Jake Gyllenhaal) is an investment banker who loses his wife in the very first five minutes of the movie. But, he didn’t feel anything about that lose. 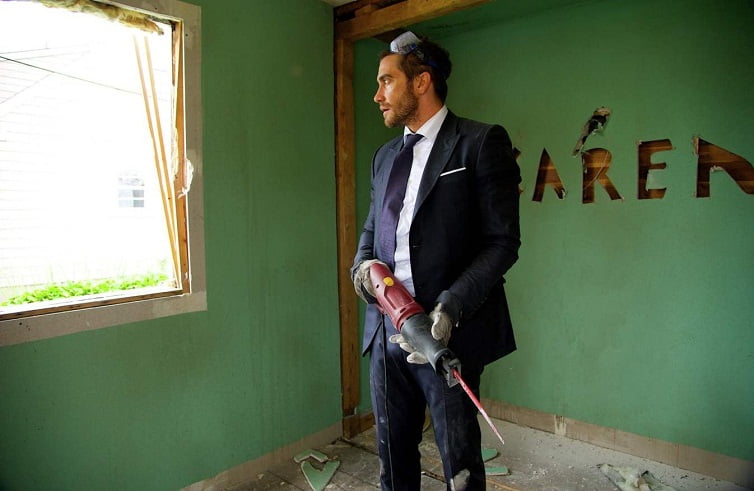 In fact, his wife always complained that Davis never paid attention to anything. Although, the lead character does start noticing a lot of things in the surrounding environment and start having a huge appetite for curiosity.

This takes him to different moods and idiotic works, and the only thing he is finally interested in is, taking things apart.

Meanwhile, his letters to a vending machine company, where he tried to explain the situation he is in, and complaining about the malfunctioning, grabs the attention of a customer care representative, Karen (played by Naomi Watts).

Now, how they get together, get in a relationship, how Davis and Karen help out each other, in their own personal problems, is what this story all about. But trust me, you’ll feel pity for the lead characters.

Also, the comedy which is part of the story is sort of a light and dark type. A couple sitting next to me in the cinema hall, didn’t get 90% of the jokes, and they might have felt going for this movie as a mistake.

However, I felt that movie was good, comedy was good, acting was class (as you can expect from Jake) and everything else (direction, music, etc.) was perfect in the scene.

So, if you’re bored of those silly entertaining movies, or even the superheroes one (a lot of people didn’t like Batman v Superman), then you can go for Demolition.

What I really liked in the movie was the top-notch acting, and I really needed to go through a totally unique story.

Oh and yes, the story will give you a lot of ideas on how to fix things! Yes, I mean, in a normal life. Yes, in a REAL one!