Watching mystery crime thriller movies is never boring. And, if you are a suspense thriller fan, then you would also love watch films belonging to its sub-genre whodunit.

Well, most of the film fanatics believe that mystery crime thrillers, suspense thrillers, and whodunit movies are all the same genre, but they are not.

Although whodunit and mystery crime thriller films fall under the same genre of suspense, both these sub-genres are slightly different from one another.

Which movies fall under #Whodunit genre?

It’s not a rocket science to understand the type of films that would qualify under whodunnit genre. Basically, the film deals with a series of murders and the whole film is about finding the mystery killer behind all the killings or massacre.

In addition to that, sometimes there’s also a deep conspiracy that actually is the reason why the culprit is on a murder spree.

While most of the times, the reason is some kind of revenge, there are also movies that are plotted around psycho serial killings inspired by real events.

Despite the fact that the whodunit movies deal with murders, this genre is a treat to watch because of the suspense element that is kept intact throughout the film.

The audience is often kept confused by a good number of suspects who could be behind these ruthless killings and that confusion keeps the audience on the edge of their seats until the climax of the film.

Considering the evergreen demand for such #MurderMysteryMovies around the world, we decided to list down some of the best whodunnit movies of all time.

A movie adaptation of Agatha Christie’s best-selling mystery novel of the same title, And Then There Were None is a mystery thriller film directed by Rene Clair.

However, there are some changes in the name of certain characters as well as the ending of the film is in line with the stage play rather than the novel.

The film is basically about a bunch of people stranded on the island, who are targeted one by one without any knowledge of the killer. Everyone suspects that the killer is someone from the group itself and everyone is shocked to learn the real culprit behind the whole conspiracy. 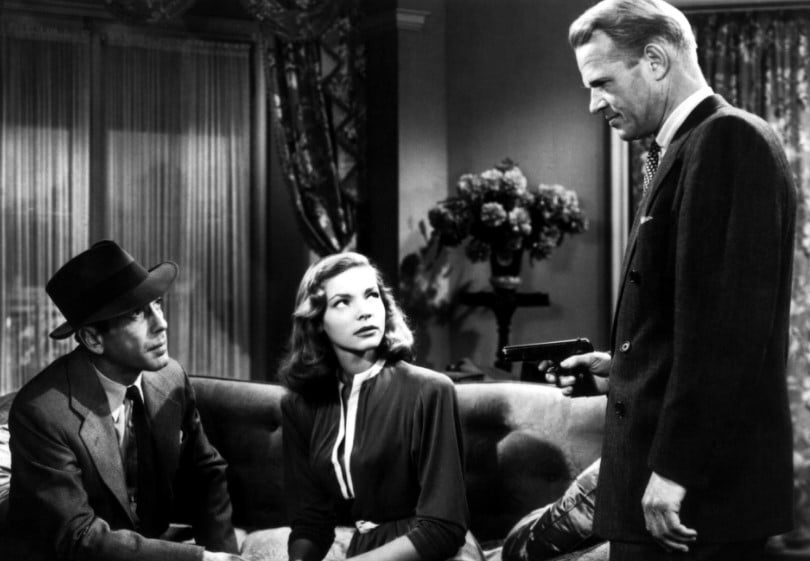 The Big Sleep is the first film adaptation of Raymond Chandler’s novel of the same title. Unlike other films in this genre, The Big Sleep is renowned for its process of investigation rather than the results.

Directed by Howard Hawks, the film follows the story of a private detective Philip Marlowe, played by Humphrey Bogart, who faces a lot of controversies and mysteries when he is hired by a new client.

Chinatown is a neo-noir classic mystery film released in 1974. Directed by Roman Polanski, the story of the film was inspired by the California Water Wars at the beginning of the 20th century.

The film follows the investigation of J.J. Gittes, played by Jack Nicholson, who is a private investigator and finds himself in a deep conspiracy within the Los Angeles Department of Water and Power.

The 1974 Chinatown is about a series of an investigation by Gittes that leads up to many revelations by the climax of the film.

From Hell is a 2001 mystery horror film starring Johnny Depp and Heather Graham in the lead roles.

Directed by the Hughes Brothers, From Hell is loosely based on the Alan Moore and Eddie Campbell’s graphic novel about Jack the Ripper murders in 1888.

The film follows the investigation of Frederick Abberline, played by Johnny Depp after the brutal murder of a woman in a small group of London prostitutes draws his attention.

However, what he didn’t imagine was that the murder investigation will lead him to a great royal conspiracy that would ruin his life forever.

Memento is a 2000 neo-noir psychological thriller film starring Guy Pearce in the lead role. Directed by Christopher Nolan, the film is about a man suffering from anterograde amnesia looking out for the people who attacked him and brutally murdered his wife. Owing to his amnesia, he can’t remember the details of the incident.

Hence, he tattoos all the leads of the investigation all over his body to keep him on the track while he is investigating.

Whether he succeeds in finding the real culprits behind his wife’s murder and exact revenge on them or not forms the rest of the film. Memento is one of the Best Mind-Bending Movies of All the Time.

Murder by Death is a 1976 parody spoof of the traditional whodunit genre mystery fiction works such as Agatha Christie’s And Then There Were None.

The film is a satirical mystery comedy film directed by Robert Moore and features every element of the whodunit genre with a good blend of comedy.

With an ensemble cast featuring Ellen Brennan, Truman Capote, James Coco, Peter Falk, Alec Guinness, Elsa Lanchester, David Niven, Peter Sellers, and many others, Murder by Death is a treat to watch for all the Suspense mystery thriller fans.

In the fiction world, Sherlock Holmes is considered to be the finest detectives of all times and he is also well-known for his nag of solving mystery crimes.

The 1945 mystery film The Woman in Green is, in fact, the 11th film of the fourteen Sherlock Holmes films based on the characters developed by none other than Arthur Conan Doyle.

Starring Basil Rathbone as Holmes and Nigel Bruce as Dr. Watson, The Woman in Green is plotted around the original premise inspired by The Final Problem and The Adventure of the Empty House, the fictional works featuring Sherlock Holmes penned by Arthur Conan Doyle.

The Thin Man is another mystery comedy film on our list of best whodunit films. Directed by W.S. Van Dyke, The Thin Man is the movie adaptation of Dashiell Hammet’s novel of the same name. The film features William Powell and Myrna Loy as the lead characters Nick and Nora Charles.

While Nick is a retired private detective, Nora is a wealthy heiress. The film is basically about the investigation led by Nick to find Clyde Wynant, whom he describes as the Thin Man with white hair, also the titular character of the film.

The Thin Man was used in several sequel titles after this film and was often assumed by the viewers that it refers to Nick Charles character, but it’s not.