With the advent of technology and loss of nature, a lot of changes are happening in our atmosphere and the end result is always in the form of environmental and biographical disaster.

Being the numero uno film industry of the world, Hollywood is always there to give the slice of these natural calamities and disasters to its worldwide audience.

These films often feature large casts of actors and multiple plotlines, focusing on the characters’ attempts to avert, escape or cope with the disaster and its aftermath. Here is the list of Best environmental and Natural disaster Movies worth watching.

These Natural Disaster movies are also available in Hindi dubbed version, if you are from India, you can watch them in Hindi and other Indian regional languages. 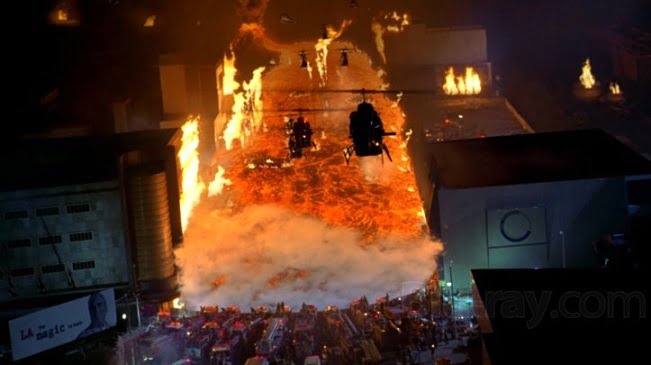 The story of the film features the real natural disaster in the form of earthquake and volcano happening in the city of Los Angeles to destroy the whole city.

The efforts are made to divert the fiery molten rock running through the streets and save the city.

The story of the film showcases a countryside town Dante’s Peak, named after a long-dormant volcano. The place is the second most desirable place to live in America which can face the eruption of the volcano at any moment as per the study of a volcanologist, Dr. Harry Dalton.

The film has some jaw-dropping scenes and a lot of suspense in the story to entertain the viewers. 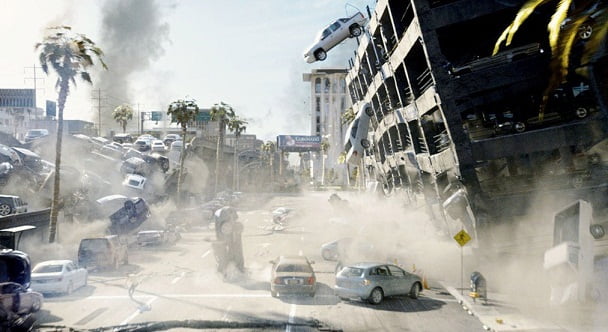 The story of the film showcases a frustrated writer who fights to keep his family alive when a series of global catastrophes threatens to eradicate mankind.

This film is made to enjoy the out of this world sensation of cities breaking up, tsunamis and volcanic eruptions and is indeed a thrilling roller-coaster ride. 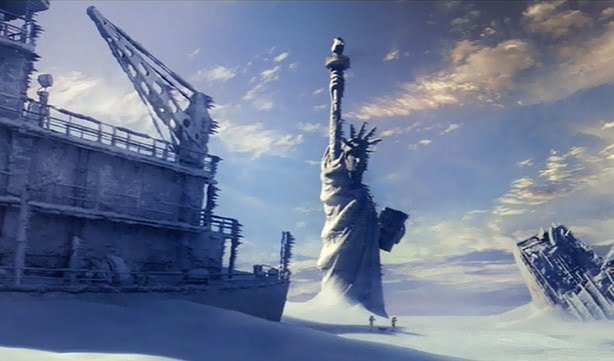 The story of the film depicts fictional cataclysmic climatic effects in a series of acute weather events that leads to a new ice age.

The film has mind-boggling visuals and special effects coupled with the fast-paced and exciting plot making the film that might happen in real. 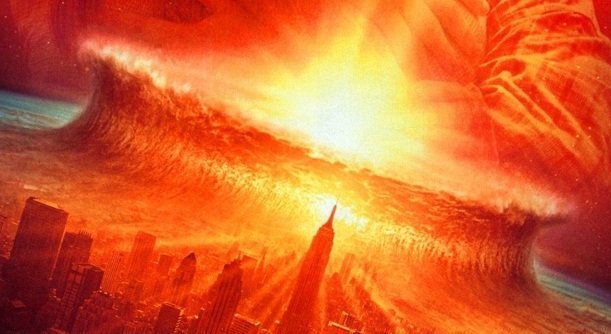 The film features the efforts to plan for and devastate a 7-mile wide comet set to collide with the Earth and cause a mass extinction. The film presents humanity in characters, detailed storylines and of course, the best special effects for the climax. 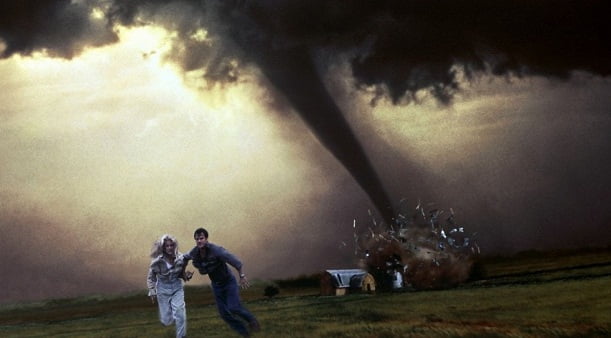 The story of the film showcases the two advanced storm chasers who join together to create an advanced weather alert system.

The film is a great piece of the show coupled with excellent special effects, intense actions, and a great storyline.

The popularity of the film can be understood by the mere fact that after watching the film, a lot of people developed their interest in storms, tornadoes, and rainy weather. 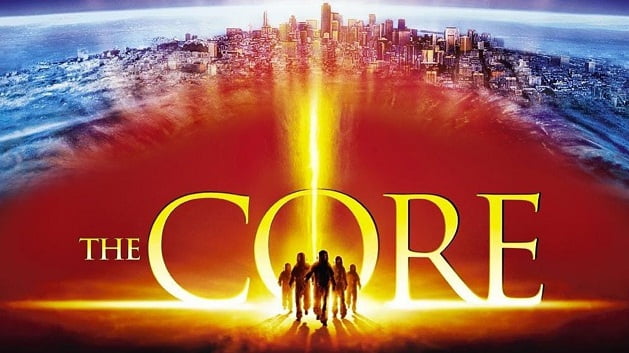 Hollywood has gone to the outer reaches of our galaxy, it has plumbed the depths of the ocean, mapped damp swamps, and barren deserts, but one place it hasn’t gone to with any sort of regularity is the inner core itself.

The story of the film features a dedicated team who is willing to drill the Earth to its center and set off a series of nuclear explosions in order to restart the rotation of the Earth’s core. 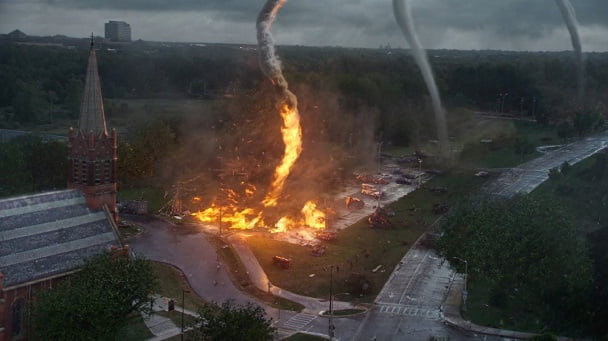 Into The Storm is a Hollywood disaster film directed by Steven Quale. The film stars Richard Armitage, Sarah Wayne Callies, and Matt Walsh.

The story of the film depicts Storm trackers, thrill-seekers, and everyday townspeople who document an exceptional ambush of tornadoes touching down in the town of Silverton.

The film is a great show of huge tornadoes destroying everything in their path. 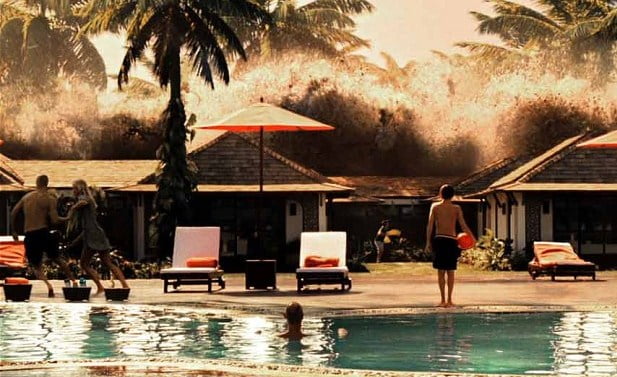 The Impossible is a Hollywood disaster film directed by Juan Antonio Bayona. The star cast of the film includes Naomi Watts, Ewan McGregor, and Tom Holland.

The story of the film is based on the experience of Maria Belon and her family in Thailand who was caught in the devastation and disordered aftermath in the 2004 Indian Ocean tsunami.

The film is a great show coupled with amazing effects and stunts, along with the solid performances to balance out few artistic lapses in this true story of one family’s experiences of the dreadful Tsunami that killed 300,000. 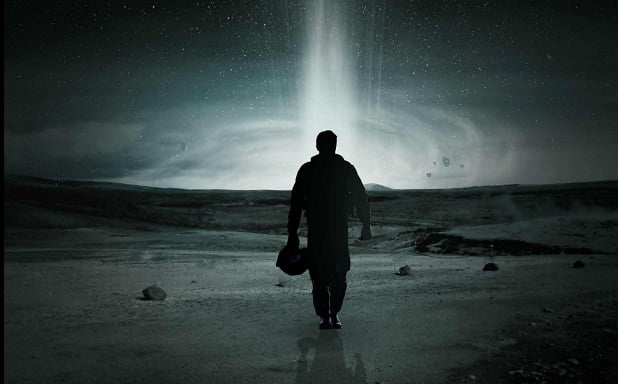 The story of the film is based on a team of explorers who travel through a wormhole in space in an attempt to ensure humanity’s survival. Interstellar is one of the Best Time Travel Hollywood Films.

The film also won the Best Visual Effects award at the 87th Academy Awards. The film is a visually monumental and thoughtful sci-fi epic taking us to an emotional and beautiful journey into the unknown.

If your favorite film is not in the list, then you can mention the name of the film in the comment section, or you can recommend more Natural Disaster Films.