You may deny it but alien films do have the sheer and pure cinematic power of capturing your visual senses!

Ain’t it fun to watch the humanity getting together and struggling in combat against superior living species harboring evil intentions and possessing cool tech, ultimately still somehow losing to us dumb apes? Well, ‘cause the films were made by us, duh!

Anyway, not letting our thoughts fly unfettered, let’s get to the point!

Or is it a circle? You would understand this joke if you have watched the film or read this article!

Explanation of The Movie Arrival

‘Arrival’ is 21st century’s attempt at creating films like Zemeckis’ Contact or Spielberg’s Close Encounters of the Third Kind. And boy, it is something! It is adapted by Eric Heissererfrom a novella Story of Your Life written by Ted Chiang.

Denis Villeneuve has made this into a heady concoction of science fiction, suspense, international politics, spirituality, linguistics, and romance. Putting it into a single genre would be a grave injustice.

Despite its “slow pace”, it will manage to grip you in your seat and you will find yourself adrift in complex emotions that you may not even be able to articulate.

Thankfully, they had Jóhann Jóhannsson to create the ethereal soundtrack to mirror those emotions of yours! [Fun fact: If you’re into stoner rock/metal, it may interest you that Robert Aiki Aubrey Lowe a.k.a. ‘Lichens’ (currently in Al Cisneros’ band OM) was on his team]

The central message of the film is communication. Almost the whole film focuses on its importance and how its nature can make or break a situation.

The protagonist is Louise Banks, a linguistics professor based somewhere in the United States. Almost at the onset of the film, 12 alien spacecraft appear at various locations across the Earth, one of them being in the state of Montana.

A U. S. Army colonel, G. T. Weber visits her home and pairs her along with Ian Donnelly, a physicist. They are put on a team to figure out the reason for the alien arrival.

They are then enabled to enter the alien ship which has a hollow section through which they ascend in a gravity-less space ultimately led to a transparent wall. On the other side, the alien beings referred to as ‘Heptapods’ as they have seven legs and look like octopuses, appear amidst the mysterious white smoke: resembling how ‘swargaloka’ (heaven) has been portrayed in Hindu mythological TV shows. 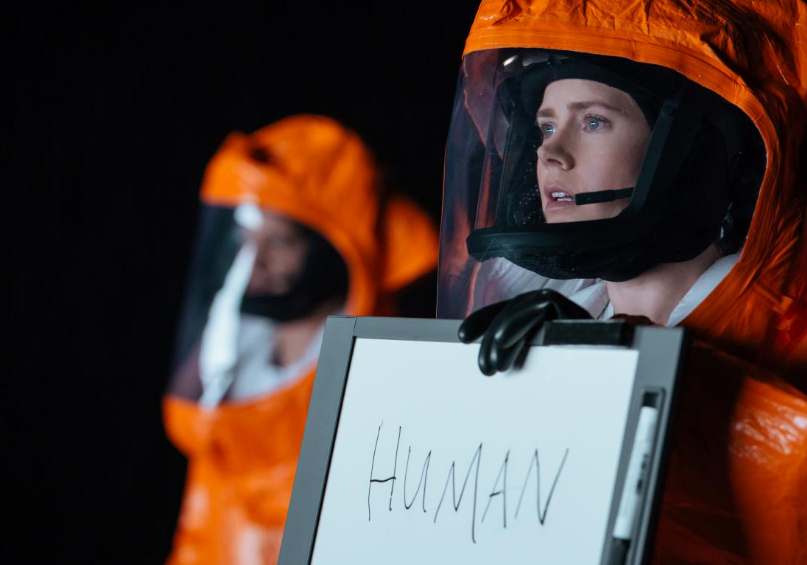 In their attempt to communicate, the Heptapods squirt temporary black fluid that appears in circular shapes that seem to be symbols/alphabets of their language. Donnelly and Banks thus begin their elaborate study of the language by using visual cues, in the process also trying to teach Heptapods English.

They also name them as Abbott and Costello after the famed comedy duo. As this happens, Banks and Weber are often at loggerheads about whether her slow approach is justified given the possibility of a threat. Banks constantly fights for the cause of understanding each other as species trying to perfect the interpretation so that no one misconstrues anything, but of course, it takes time to do that.

Banks keep having random visions of a child as her currently non-existent daughter. 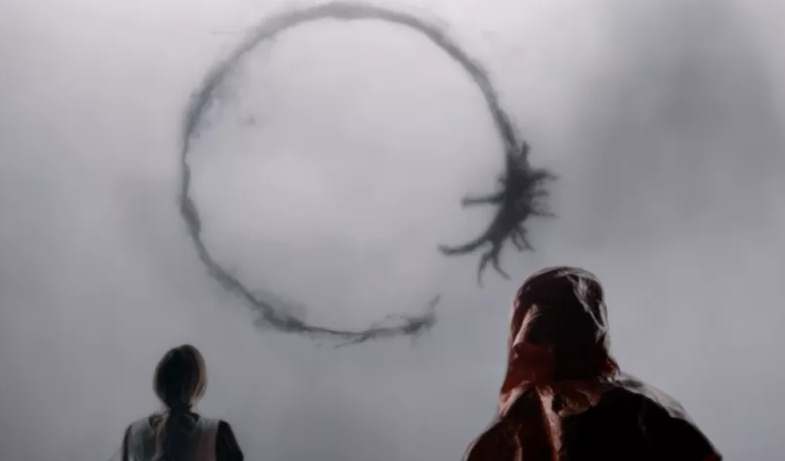 Eventually, after a few language sessions, Heptapods are asked the reason for their arrival. Their symbolic answer translates to the words “offer weapon” according to the then-built understanding of their language. China interprets this message as “use weapon” and decides to break off communication with their alien ship feeling threatened.

Banks is not convinced and she tries to explain to people that the translation is not yet equipped to differentiate between “weapon” and “tool”. When she and Donnelly go back to the ship to question further, the Heptapods craft out a highly complex imagery beyond simple comprehension containing several circular symbols from their language. But during this session itself, a bomb planted by rogue soldiers explodes. Surprisingly, one of the Heptapods kicks out Banks and Donnelly out of the ship moments before the explosion, knocking them out.

Later they regain consciousness to find that a military evacuation is already underway and that the ship is now elevated and out of reach. Donnelly meanwhile figures out the seemingly cryptic Heptapod message. Volumetrically, it represents a 1/12th of the whole indicating that is part of the whole message sent out via all 12 alien ships throughout the world and that humans need to exchange the parts to understand the whole picture. Apart from this, the inference is that the symbol of time has been used repeatedly.

Of course, consistent with the tone of the film and a decent take on warring attitude of the authorities in general, this discovery gets interpreted as a possible threat that aliens want the 12 units to fight each other using weapons. Banks appeals to get data from other nations in the interest of collaborative interpretation of the whole message, only to invite skepticism from CIA Agent Halpern.

General Shang of China now issues an ultimatum to the Heptapods with a demand to leave Earth within 24 hours while Russia, Pakistan & Sudan do the same. The film basically makes a political statement here depicting how these nations would probably behave in a crisis. Banks, acting on her vision of pre-monition, rushes alone near to the alien craft. The Heptapods send a shuttle down to transport her to the craft, indicating trust.

She apologizes, on behalf of humans, to Costello when it informs her of Abbott’s death (implied cause is the explosion). She asks about the purpose of their visit.

Costello communicates directly to her mind, stating that they have arrived to help humanity. She is informed that they need humans to help after 3000 years and by the misinterpreted word “weapon” stated earlier, they actually meant “gift”, gift of their language to experience time non-linearly thus ultimately allowing humans to experience memories of future incidents, thus confirming Banks’ daughter visions to be actual premonitions she was having because of her learning their language.

She later returns to the camp where evacuation is at its final stage and informs Donnelly about the power of the language of the Heptapods. She has a premonition about a UN event where General Shang thanks her for convincing him to call off an attack on the aliens by calling him on his private number and reciting his wife’s last words. Following the cue, Banks manages to steal a satellite phone and recite the words to Shang in present to stop the attack.

Later on, the film shows the alien ships leaving Earth as China actually calls off the war. And Banks continues her life with Donnelly despite knowing about the eventual early demise of her daughter, Hannah. 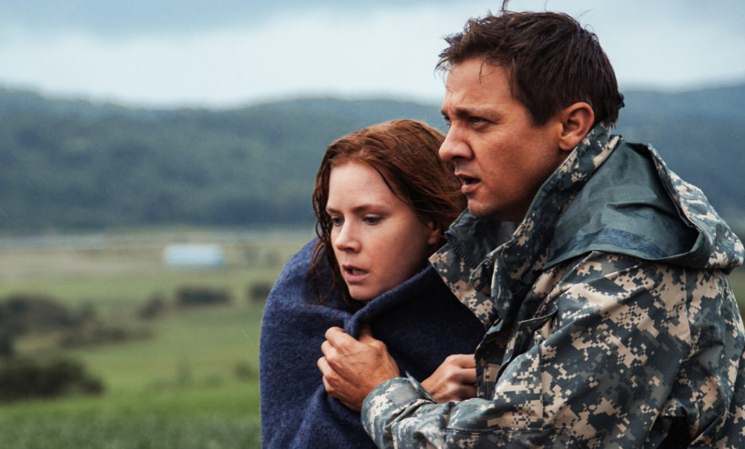 Well, that’s it! It is up to the viewer what to take away from the film but I personally chose the lessons of relentless pursuit of truth, positive communication, etc. apart from of course the musings of the concept of time itself. Though the film is liberal in its take on the aspect of time from a scientific perspective, the artistic creativity is really commendable!

In my opinion, one of the best films to come out in this decade… 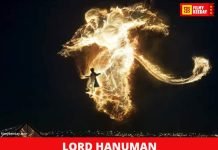 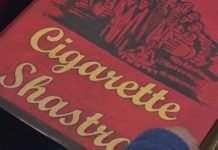 No Smoking Film, Explained, Is The lead Character K is Kashyap?