Bhaag Milkha Bhaag is an upcoming movie by Rakeysh Omprakash Mehra. The movie is based on a real life Hero Mikha Singh. The film is not only a documentary but a tribute to Sir Milkha Singh.

Milkha Singh himself gave every minute details about his life, his team, his family to Rakeysh for the movie to be more realistic, for just Rs. 1 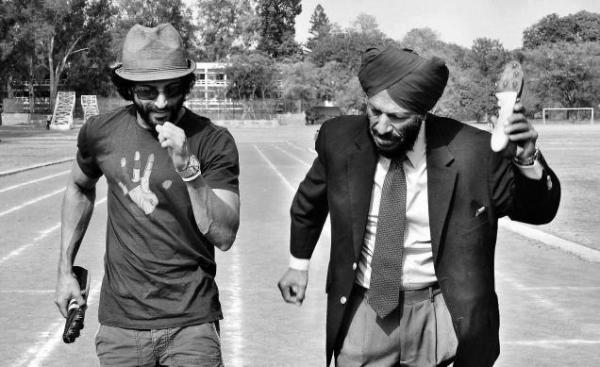 To portray an athlete is not a joke for any actor, Farhan Akhtar opted for a rigorous training schedule to get the Body of an athlete. It took Farhan 18 months of hard work to attain

Sonam Kapoor charged Rs 11 for Bhaag Milkha Bhaag. We knew she is the Fashionista of Bollywood, but She has got a heart of GOLD.

After much discussion, Yuvraj Singh’s father, Yograj Singh was finalized for the role Milkha Singh’s coach.

Milkha Singh lost his family in 1947 during the Indo-Pak partition. Bhaag Milkha Bhaag covers the pain of partition.

Rakeysh Mehra, the director of the movie has also made a cameo in the movie himself.

Milkha Singh was so touched by Farhan’s work that he presented Farhan the shoes, he wore during the Rome Olympic during the shoot of movie.

Milkha Singh wanted to join the Indian Army and was rejected three times and got selected in forth time. His talent as an athlete came into the light there and there he made a record in the 400 meter race. There was no looking back for this Flying Sikh after that.

Milkha Singh is also known as Flying Sikh, this name was given by people of Pakistan when Milkha Singh won the highly publicized race in Pakistan.

Milkha Singh is Director of Sports in Punjab. Who can be more deserving than Milkha Singh for such a prestigious post.

Milka Singh was awarded the Padma Shri, for his achievements in Sports.