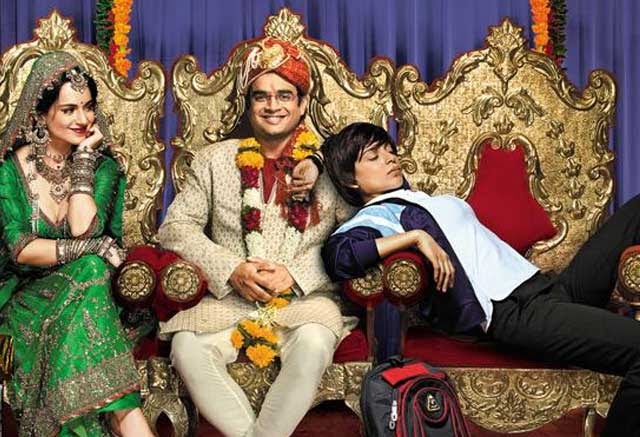 What I felt after watching Tanu Weds Manu Returns?

Tanu Weds Manu Returns is the sequel of Tanu Weds Manu and it begins from where it was left in last part. TWMR is a full paisa vasool movie and you will enjoy each and every scene of the film. The film has a long list of characters played by some great actors like Deepak Dobriyal as Pappi, Mohammed Zeeshan Aayub as Chintu.

Film contains many funny scenes and you will start laughing from the very first view of the film. You will never feel bored in the whole movie.

If we talk about acting all we can say that the film stands on Deepak Dobriyal and Kangana Ranaut’s epic show. Kangana Ranaut is in the dual role and she was flawlessly molded in both roles.

I am very impressed with Deepak Dobriyal’s comic timing, you will laugh hysterically on his each and every scene.

When I was watching this film I felt that Tanu Weds Manu Returns was accepted by the audiences and they were enjoying the film.

Tanu(Kangana) and Manu(R. Madhavan) After the 4 years of marriage, their married life is not successful. They both have ego issues and they are not satisfied with each other. so now they are living separately with their families. One day Manu saw a girl(Kusum), she looks like Tanu but she is a college student and athlete from Haryana studying in Delhi University. He fell in love again and try to get married 2nd time with Kusum and the whole drama and fun starts.

We are not sharing the complete detailed story, you should watch this film to know more.

Yes, it’s a complete family entertainer; you can enjoy this film with your friends and family. Tanu Weds Manu Returns is a must-watch film of this year.