Sunny Deol is back with his Action Pack performance in Singh Saab The Great. SSTG is a movie made for Sunny Deol and is a treat for Sunny Deol fans.An honest man who prides his honesty has to pay a big hefty price for telling the truth. The movie is about injustice and an honest man’s fight for his own justice.

What I feel about Singh Saab the Great 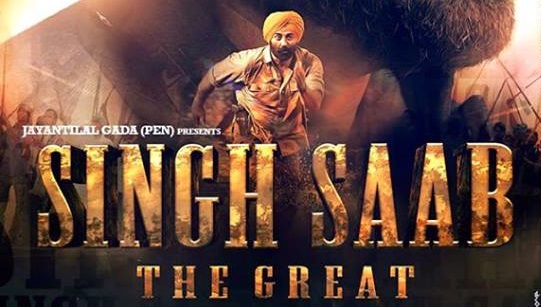 The movie is made for Sunny Deol fans and only for Sunny Deol fans. So if you are not a Sunny deol fan, don’t watch the movie. Lots of punching, dialogues and fights make this movie great but what interrupts the movie most is its music. Few tracks are baseless and make the movie weak and cheap and romance looks spoiler in the movie.

Urvashi has been used as a glam doll and pairing Urvashi with Sunny is awkward even for Sunny fans.

Sunny Deol  is a Collector by profession and honest man who prides his honesty the most. HIf life takes a turn when he is posted at Bhadori and his honesty comes in a way of the corrupt villain, Bhudev Singh. Soon Our Hero loses his dear ones and is jailed for the crime he has not committed.

How can Sunny Deol be in Jail and be calm even after losing his dear ones? But here a twist, Sunny Deol takes revenge, he even reforms the villain but this revenge is unique.

Watch the movie to know this unique revenge…..

As the movie is for Sunny Fans, the movie doesn’t have much scope at the Box Office. But do not underestimate the power of a Sunny Deol Fan.