Rohit Shetty is back with the hit pair of Bollywood in Dilwale. Dilwale is an action drama film by Rohit Shetty starring, Shahrukh Khan, Kajol, Varun Dhavan and Kriti Sanon in the lead roles. Dilwale is not related with Ajay Devgan’s 1994 film Dilwale except the title of the film.

Rohit Shetty was an action director, but he got success in comedy films also, his last film with Shahrukh Khan was Chennai Express, which was a Blockbuster, now he is expecting the much bigger hit. 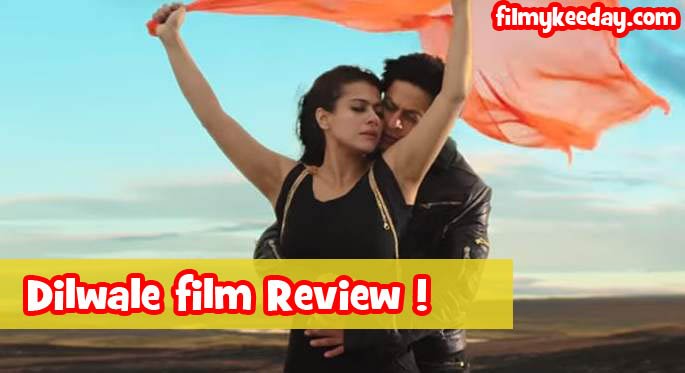 SRK-Kajol Jodi is the soul of the film and the only best thing in the film. SRK is outstanding with Kajol and the whole movie revolves around these two actors. There are many anticipated and unpredictable twists in the film, which makes you glued to your seats but as we know it’s a Rohit Shetty film. It has many brilliant comedy scenes in 2nd half of the film. Film locations are beautiful and all the songs of the film are excellent and you will never think to skip in the film.

Diwale is a typical Bollywood Rohit Shetty’s film, with lots of Comedy scenes, car action scenes and drama. You can watch this film with your family if you are a fan of SRK.

There are so many twists in the film, but you can predict the story of Dilwale while watching the film. The first half of the film is full of comedy scenes and Johny Lever is back after a long time in the comic role.

No Doubt Dilwale is going to be one of the biggest hit of Shahrukh Khan but needs good Word of mouth to earn the love of more audience.

Should I watch Dilwale?

Yes, if you a SRK-Kajol Fan, but if you are cinema lover, then you can avoid this film. Dilwale has many loopholes and mistakes, but you can watch it with family.