After OMG-Oh My God and PK we have a new Satirical comedy movie on religion and godman. Dharam Sankat Mein is the official remake of British Film The Infidel. Starring Paresh Rawal, Annu Kapoor and Naseeruddin Shah in the lead roles. Film is directed by Fuwad Khan.

What I felt after watching Dharam Sankat Mein? 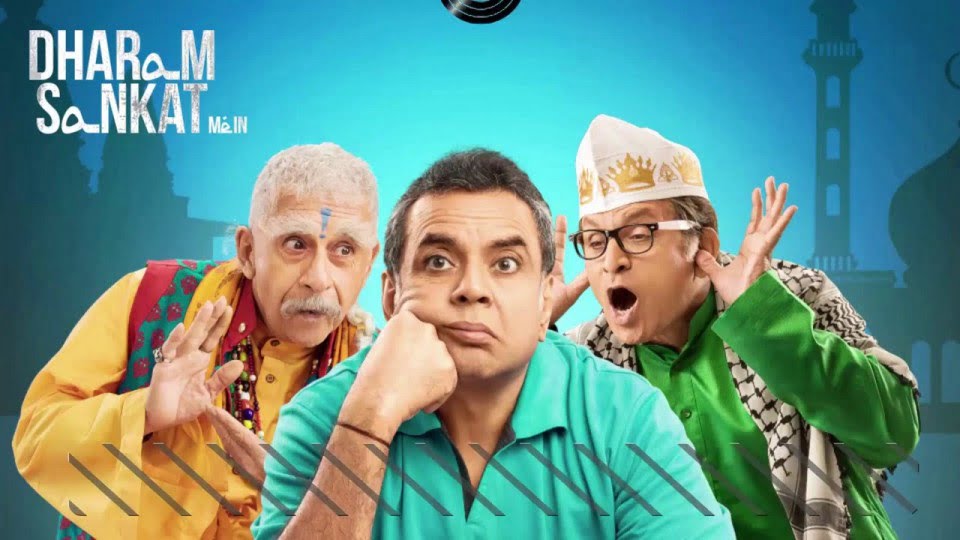 Film is not about cursing a religion. It is all about how religion is bigger than any problem in life. Religion itself is becoming a big problem in our country.

Dharam Pal Trivedi who was grew up as a Hindu, but very soon he realizes that he was born as Muslim, his father was Muslim and he was adopted by his parents. His neighbour and friend Nawab Mehmood Shah (Annu Kapoor) help him to find his real father. Maulvi tells him that he has to follow Islam if he wants to meet his real father. Annu Kapoor helps him to learn all needful things about Islam but at the same time he has a Hindu family.

Film is all about, how Dharam Pal Trivedi becomes sandwich between two religions.

For complete story you must watch the film!

Two big films are already in theaters, so it will be a tough competition for Dharam Sankat Mein to earn good at the box office. Overall film concept is good and it’s a must watch film for this weekend.

Should I watch Dharam Sankat Mein?

Yes, you can watch this film. Dharam Sankat mein is a good film, if you liked OMG, PK then you will surely like this movie.