Buffy the Vampire Slayer is an American TV series following the life of Buffy, who happens to be the latest in the lineage of a young woman known as Vampire Slayers. As per the story, the Vampire Slayers are chosen by fate to fight supernatural creatures such as vampires, demons, and other evil forces. The series is even today considered a classic among the supernatural pop culture and had a successful run of 7 seasons since its premiere in 1997. A spin-off of Buffy the Vampire Slayer, Angel is a yet another Supernatural drama TV Series following the life of Angel, one of the love interests of Buffy, who also happens to be a vampire. Unlike other vampires, Angel has a human soul which was restored to him as an act of punishment by the Gypsies when he killed one of their own. In the series, as an act of penance, Angel becomes a private detective in Los Angeles, California to help the helpless. To do this, he must fight the evil demons and other humans allied to them. Lost is one of the highly praised and acclaimed yet a very complicated TV series of all time. The show features a lot of different elements of both science fiction and supernatural themes. Basically, the show begins after a commercial passenger plane crashes on a mysterious island somewhere in South Pacific Ocean and from thereon, the mystical adventure of Lost begins. The reason I say it is a very complicated series is because Lost has various subplots featured in flashback or flash forward. Due to its cult following and huge popularity, there are many different miniseries and other media released to explain the fiction universe and mythology of Lost. Being a widely popular show on social media, Teen Wolf has taken the audience; especially the younger audience by storm, with its charm and the supernatural theme around a werewolf, the show is based upon. Teen Wolf follows the story of a teenage boy named Scott McCall, who is bitten by a werewolf and now must accept its consequences as well as cope up with his new life and transformation to a werewolf. Premiered back in 2011, the series is still running with a successful stint of 5 seasons. Sleepy Hollow is an American supernatural-themed television series based on the folk tale “The Legend of Sleepy Hollow” by Washington Irving. The plot of Sleepy Hollow follows the same storyline as the folk tale with the only difference that the new story is set after 230 years, where Ichabod Crane, who killed the Headless Horseman and losing his own life in the process in 1781, rises from his grave after Headless Horseman is summoned back to his life by an unknown party. Lost Girl is a Canadian supernatural drama series that centers on the life of a bisexual succubus while she learns to control her supernatural abilities to protect those in need and discovering the truth about her origins. The series had a success run of five long seasons since its premiere in 2010 and features a female demon as the main protagonist. 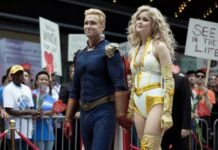 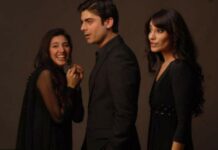 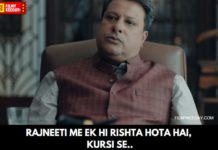 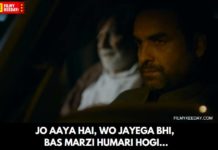