Well, all of us have heard at least once in our life that the world will end one day. Even before the global warming, there were mentions in many historic scripts, mythology and religious books about the ultimate Apocalypse. Apocalypse basically means the final destruction of the world and it is inevitable as one that’s created will get destroyed one day.

However, nobody can exactly predict the apocalypse, whether the scientists or the religious scholars. Although the scientists believe at the end of the world, they are pretty much sure that it will take billions of years more for the final destruction. Nevertheless, this apocalypse theme has struck quite virally among the people that they want to believe in everything that they come across regarding the end of the world. Whether it was the biblical reference of the apocalypse or the Mayans predicting the world to end in 2012, the people were totally involved in these theories.

Hence, it was evident that filmmakers won’t stay back either but explore this theme and show us a world of their imagination after the so-called apocalypse. Today, I am going to share the best lot from these Best post Apocalyptic movies of All Time made over the years. 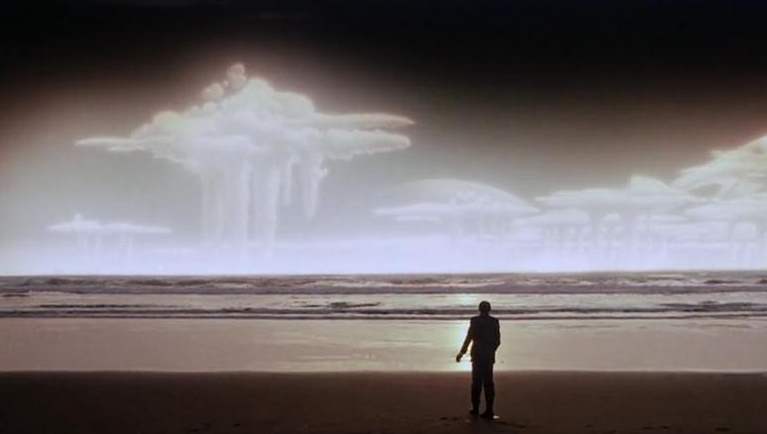 So, the first on the list is the 1985 sci-fi film The Quiet Earth directed by Geoff Murphy. The title of the film basically narrates what the theme of the film is all about. Well, the film is loosely based on the 1981 science fiction novel of the same name written by Craig Harrison as well as a couple of inspirations are also drawn from the books such as I am Legend, Dawn of the Dead, and specifically from a film titled The World, the Flesh, and the Devil. The film basically tells us the story of three survivors after a cataclysmic disaster. 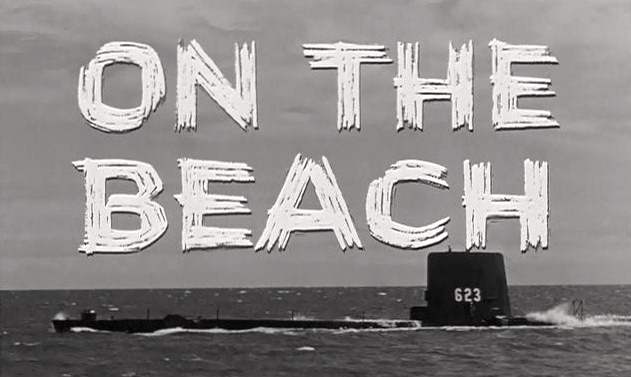 Next, on the list is the classic1959 black and white film On the Beach. The film talks about a nuclear war and is based on the 1957 novel of the same name, authored by Nevil Shute. However, unlike the novel, there’s no direct blame placed on anybody starting the nuclear war and instead, the film focuses on the aftermath of the nuclear war. The film displays the horrific effect that the humanity could face if nuclear war becomes a reality. 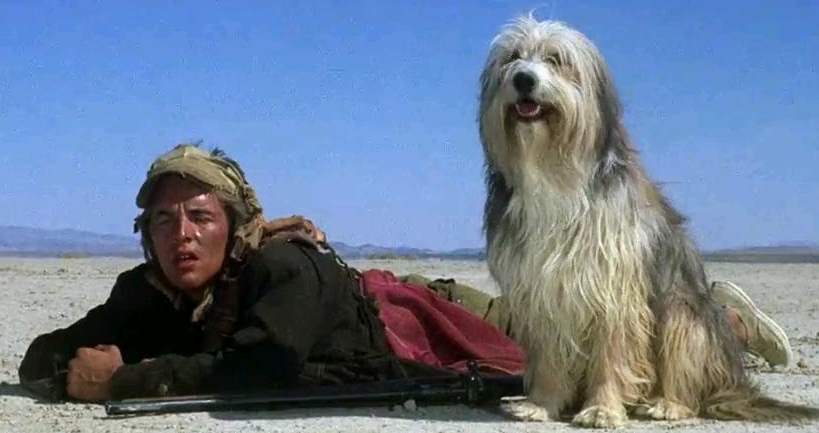 One of the most violent films, both in terms of bloodshed and sex, A Boy and His Dog is a must watch to understand how a human desire can change and think beyond morals and ethics just to satisfy oneself. The film’s script is based on a cycle of narratives with the same title penned by Harlan Ellison. In the film, you can also see the loyal friendship between the dog and the boy, which is also the central theme of the film. 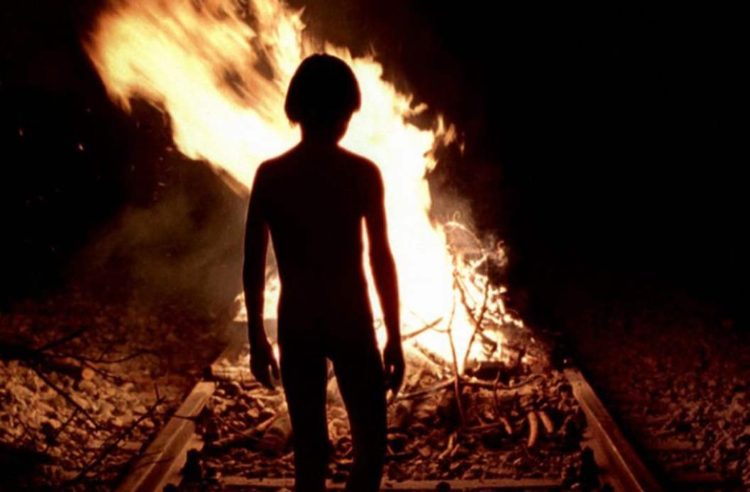 Time of the Wolf may not be successful as others at Box Office. However, I have included the film on the list for a reason. Talking about the life post-apocalypse is quite difficult as nobody knows how the life is going to be. Yet, we are certain that the availability of food and water will be scarce and it may result in some sort of civil war among the survivors and take us back to the dark ages. This film actually depicts a similar story where a family struggles to find shelter and food at their own country home, which is already occupied by strangers. 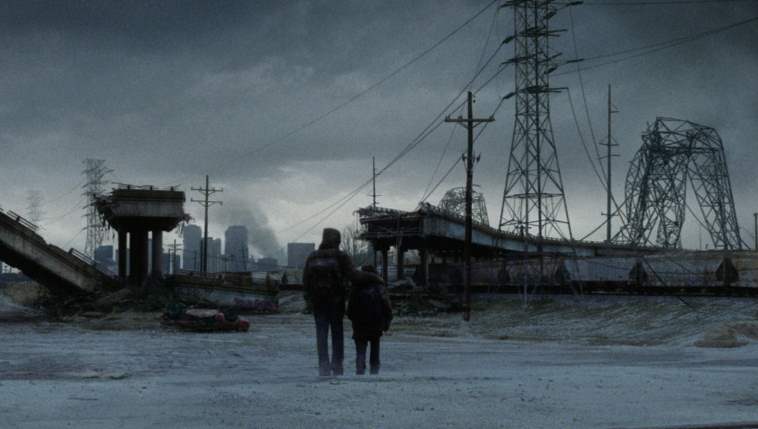 The Road is a 2009 post-apocalyptic drama film based on the 2006 novel of the same name written by American author Cormac McCarthy. The film is centered upon the struggle of a father-son duo, which is fighting with the extreme weather conditions, dodging cannibal attacks, and hunting for supplies to survive in the post-apocalyptic wasteland. Directed by John Hillcoat, the film stars Viggo Mortenson and Kodi Smit-McPhee as the father-son duo, whereas, Charlize Theron is featured in a small role in the film as the mother. 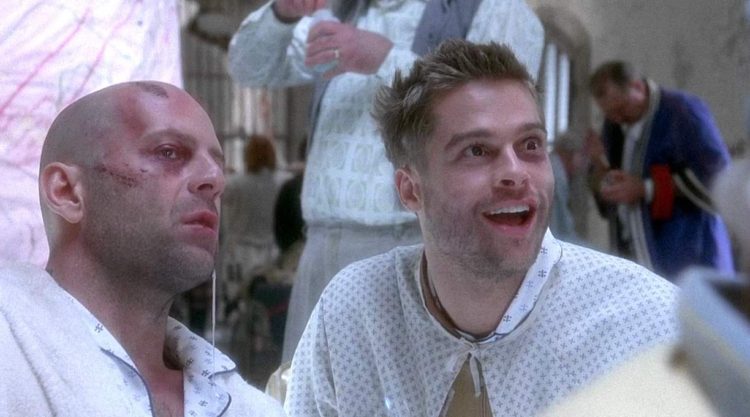 Well, Twelve Monkeys is not exactly a post-apocalyptic movie entirely but it does have a similar theme and is one of the highly acclaimed movies of all time. Starring the likes of Bruce Willis, Madeleine Stowe, and Brad Pitt in the lead roles; the film talks about two different times. These two different times are set in 1996 (the pre-apocalypse) and 2035 (the post-apocalypse). A man from the post-apocalyptic era is sent back in time to collect information on the virus that wiped out a majority of humanity so that the scientists in the future could identify the cure for it. 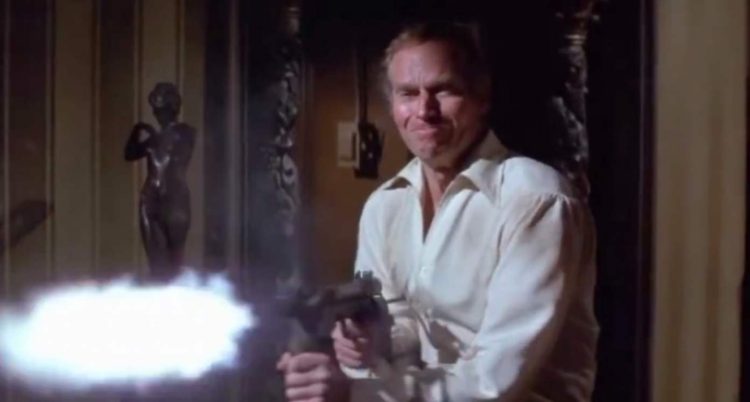 The Omega Man is the second film adaptation of the famous novel I am Legend written by Richard Matheson. Released in the year 1971, the film is directed by Boris Sagal starring Charlton Heston in the lead role as U.S. Army Colonel Robert Neville. The story is set in the post-apocalyptic Los Angeles, where humanity is almost erased due to a plague outbreak resulting from the biological warfare between China and Russia. The only other inhabitants of the city are the plague affected nocturnal albino mutants, who blame technology for the downfall of humanity and are adamant to destroy all of them including Neville. The Omega Man is one of the Best Post Apocalyptic Movies of All Time.