What I felt after watching Baby Film 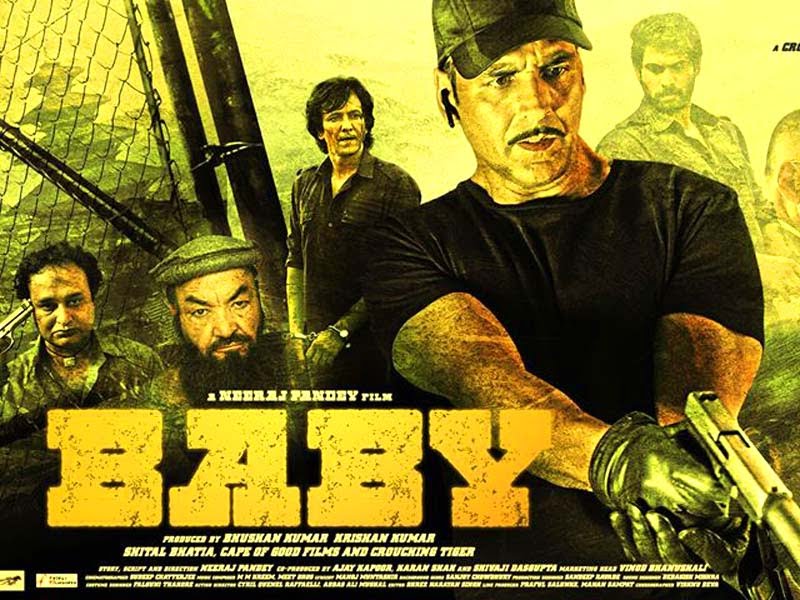 Baby is a Neeraj Pandey type film and if you love his films like A Wednesday and Special 26, then you will love Baby too. Baby shows that terrorist organizations brainwashing few Indian Muslims for their work and at the same time it shows that the chief of the Indian Elite Intelligence group is also a Muslim. Neeraj Pandey tried to show that there are many people in India who are ready to die for our country.Film shows that the capability of our Intelligence agencies.

I felt Akshay Kumar is awesome as always and he was leading most of the film along with Danny. Anupam Kher role is small but it was good. Rana Daggubati role was very small without any dialogues.

Terrorist Group Lashkar and IM are planning a big attack on India and The chief of the Elite Intelligence group Feroze Ali Khan (Danny Denzongpa) trying to stop them with his team. Their group name is Baby and most of the operation lead by Ajay (Akshay Kumar). Story of Baby Revolves around the search of finding the clues of that big terror attack.

Baby is a good film and getting positive reviews from all the critics and audience.

What’s Bad- First half of the film was little slow and it looks like just another spy film.

Should I watch Baby?

Yes, Republic day is near so it will be a good film for this weekend, you can enjoy this film with your family. If you like comedy movies and masala entertainers then you may skip.