Today we are sharing some Rare pics of Salman Khan, some of them are from his childhood some are from the Initial days of his Bollywood career.

In a Childhood Photo of Salman Khan, you can see the naughty eyes and looks.

Salman Khan With Family, you can see his mother father, and Siblings.

A very rare photo of Salman Khan for Sanjay Dutt (Sanju Baba), Both are very good friend from a very long time still they are the friend they host Big Boss together and their story is also similar both had a bad past.

These are some Rare Photographs of Salman Khan, if you are a fan of Salman Khan then share these photos with other friends and comment down below which one is your favorite. 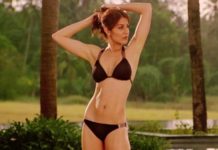