A lot of films about space adventure have been made lately such as Gravity and Interstellar. However, most of these films are based on fiction space expeditions. Yet, Apollo 13 stands out as the film is actually based on the seventh real life American Apollo space program and the third that was intended to land on the Moon. Directed by Ron Howard, the film features an ensemble cast of Tom Hanks, Kevin Bacon, Bill Paxton, Gary Sinise, and Ed Harris. The screenplay of the film is adapted from the book Lost Moon: The Perilous Voyage of Apollo 13 written by Astronauts Jim Lovell and Jeffrey Kluger. Argo is a political thriller film directed by Ben Affleck. Getting a lot of accolades in addition to winning 3 Academy Awards, the film enjoyed great reception both at the box office and the critics. The story of the film is adapted from the book The Master of Disguise written by CIA operative Tony Mendez and a 2007 Wired article titled The Great Escape: How the CIA Used a Fake Sci-Fi Flick To Rescue Americans from Tehran written by Joshuah Bearman. Both the references for the film are actually based on the real-life Canadian Caper, the joint covert rescue mission conducted by the Canadian Government and the CIA. War films are always great to watch but also concerning at times. However, when you find out that most of these war films are based on real life events, these films become terrifying. One such film is the 2001 British-American production Black Hawk Down. The film is actually based on the events of the 1993 raid in Mogadishu by the U.S. Military that was intended to capture the faction leader Mohammed Farrah Aidid and the resultant firefight, also known as the Battle of Mogadishu. The screenplay of the film was adapted from the book of the same name written by Mark Bowden, which he wrote taking reference from the 29-part article series published in The Philadelphia Inquirer. Alcatraz Island, located in the San Francisco Bay, used to be a maximum security federal prison from 1933 to 1963. During this time, it was considered to be the most secured prison as no criminal could ever escape from there until June 1962 when the Anglin brothers and Morris broke out of the prison. A film was made about this great escape in 1979 titled Escape from Alcatraz starring Clint Eastwood, Jack Thibeau, and Fred Ward as Morris and the Anglin brothers respectively. While the movie shows that all the three made it to the shore, there has been no clear evidence in real life to verify whether the escape attempt was successful or not as none of these prisoners were ever found. The Conjuring 2 is the sequel to the 2013 film The Conjuring. Similar to the first installment of The Conjuring series, this film also revolves around the paranormal investigators Ed and Lorraine Warren, whereas the story of the film is inspired from the case files of Warrens. The film stars Patrick Wilson and Vera Farmiga, who reprise their roles as the paranormal investigators Ed and Lorrain. One of the Best Movies Based on True Story. Well, not entirely a film based on a true event, Platoon is a 1986 American war film directed by Oliver Stone. The story of the film is inspired by Stone’s own experiences as a U.S. Infantryman in Vietnam during the Vietnam War making the film to be the first written and directed by a veteran of the Vietnam War. The film stars Tom Berenger, Willem Dafoe, and Charlie Sheen in the lead roles.

The Enemy at the Gates The Enemy at the Gates is one of the Best war films that is based on the famous historical event, The Battle of Stalingrad during the winter of 1942/43. Despite being a fiction, the film does take inspiration from some real-life war stories told by Soviet sniper Vasily Zaytsev. Despite having similar titles, the film has nothing to do with the 1973 non-fiction book Enemy at the Gates: The Battle of Stalingrad written by William Craig. Directed by Jean-Jacques Annaud, the film has Jude Law as the Soviet sniper Vasily Zaytsev. If you are a history buff, then you must be well aware of the darkest chapter of the history of our world that resulted into the atomic bombings of Hiroshima and Nagasaki. You must also be aware that the triggering point to this incident was actually the Attack on Pearl Harbor or the Hawaii Operation by the Japanese which led to the entry of the United States into World War II. Although a disastrous event, the filmmaker Michael Bay decided to make a romantic film centered upon the unfortunate event. The film received so many accolades from all over the globe and also got 4 Oscar nominations that year, winning one for Best Sound Editing. While most of the films on the list of top Hollywood films based on true events are basically historical events, Changeling stands out from the lot as this film is actually based on a real-life conspiracy theory. Written and directed by Clint Eastwood, the film tells us the story, which is partly based on the 1928 Wineville Chicken Coop kidnapping and murder case in Los Angeles, California. The film is about a mother, portrayed by Angelina Jolie, who realizes that her son, who was found by the authorities, was not her son after all and when she takes this up to the police, they tag her as a delusional and unfit mother. The rest of the film is about her fight for justice.

All the President’s Men

All the President’s Men is a political thriller film based on the 1974 non-fiction book of the same name written by Carl Bernstein and Bob Woodward, the two journalists who investigate the Watergate scandal for The Washington Post. Director Alan J. Pakula roped in Robert Redford and Dustin Hoffman to play the journalists Bernstein and Woodward respectively.

These are the best Hollywood Movies based on True Stories of Real People, share which one is your favorite Film based on Real life story. 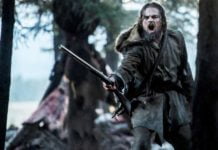