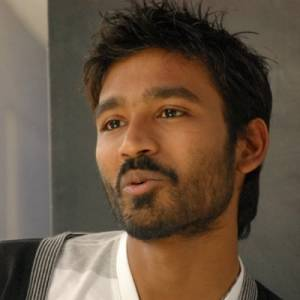 Dhanush is a superstar in Tamil Cinema (Kollywood), but after the song “Why this Kolaveri Di” he got recognition worldwide, and that overnight success helped him to earn a Hindi Movie offer, Raanjhanaa is his first Hindi movie, but most of the Hindi Movie viewer don’t know that Dhanush is a brilliant actor and he proved himself in many Tamil movies and you can see the magic of his acting in his debut Hindi movie Raanjhanaa, he made a dream debut in Bollywood.

Many of you who are from North India or other part of India Don’t know much about Dhanush, so I am going to share few facts and Information about Dhanush.

His Real name is Venkatesh Prabhu Kasthuri Raja but we all know him as Dhanush.

He won the national award for best actor for the film Aadukalam.

Dhanush is a Star in South India, he is the son in law of Rajnikanth.

Dhanush is a Singer and Lyricist also he has sung many Tamil Songs and Dhanush also wrote the ‘Kolaveri’ lyrics, it just took him six minutes.

His song “Why this Kolaveri Di” earned him overnight worldwide recognition.

His father Kasthuri Raja is a famous Tamil film director.

He is the Bruce Lee of Kollywood, his looks is also similar to the Great Bruce Lee.

He Don’t speak Hindi much and Still he has done awesome acting in Raanjhanaa.

He was nominated to become the brand ambassador of PETA with the title of India’s Hottest Vegetarian Celebrity of 2011.

Dhanush is an awesome dancer, he dance with great energy.