The audience all around the world has already loved and accepted Hugh Jackman as The Wolverine in a couple of X-Men movies. Also, despite failing to impress the critics with X-Men Origins: Wolverine, Marvel Entertainment decided to give another shot primarily because of the fandom around Hugh Jackman’s avatar as Wolverine, and the result was the 2013 superhero film The Wolverine. Set in Tokyo, the film impressed both the critics and the audience. Owing to its success, Marvel is also set for the third solo Wolverine film with Hugh Jackman reprising the role. The Amazing Spider-Man is the fourth theatrical Spider-Man film by Marvel Entertainment and is considered as the reboot of the franchise starring Andrew Garfield in the titular character replacing Tobey Maguire. There are visible differences between the portrayal of the character by Andrew Garfield and Tobey Maguire, and personally, I felt the Andrew Garfield character portrayal to be closer to the animation series. However, I am not yet convinced with both the actors as they don’t fit the exact persona of Peter Parker from both comic book and animation series.

X-Men: Days of Future Past As the title suggest X-Men: Days of Future Past is a superhero film both set in the past as well as the future. The film features the world in 2023 when Sentinels are dominating and exterminating mutants. This prompts an elderly Professor X portrayed by Patrick Stewart, and Magneto portrayed by Ian McKellen to send Wolverine to the past in 1973 to warn the younger Professor X portrayed by James McAvoy in order to stop the younger Magneto portrayed by Michael Fassbender from killing the president. It is the only way that would cancel the Sentinel program and help them secure the future of mutants and world balance. The film is interesting also because it helps in understanding the development of the X-Men, especially the characters of Professor X and his archrival Magneto, who used to be great friends once. Ant-Man is yet another superhero film based on the Marvel superhero of the same name. The film is about a thief Scott Lang, who is divorced and has a daughter he couldn’t meet for many different reasons. Being unable to get a good job due to his criminal record, he decides to turn to burglary with his friend’s crew and finds nothing but something that looks like an old motorcycle jacket. However, the jacket is nothing even closest to a motorcycle jacket but something much bigger and much advanced, which Scott Lang finds out in a bizarre way. And, eventually, he begins his new life as Ant-Man to fight crime and saving the world. It was not very hyped and release of this film was normal but eventually, the film was hit and loved by the audience. Ant-Man is the underrated successful film based on Marvel Comics.

Guardians of the Galaxy Guardians of the Galaxy is a superhero film based around yet another superhero team from the Marvel Universe, which is set in a fictional world on a distant planet Morag. The film features the life of Peter Quill a.k.a Star-Lord, a small-time thief who eventually becomes the leader of the team known as Guardians of the Galaxy consisting of himself alongside Gamora, Drax, Groot, and Rocket. The second installment of the X-Men film franchise, X2 is a 2003 superhero film featuring the events after the first movie. As the first film opens up the fact about the existence of mutants, the 2nd film in X-Men series is about the unity of X-Men led by Professor X and the Brotherhood led by Magneto against the genocidal Colonel William Stryker, who aims to take control of Professor Xavier’s mutant-tracking computer Cerebro, to destroy every single mutant on the Earth. The film is interesting to watch as X-Men team up with their archrivals from the Brotherhood to fight for a common cause. Well, unlike DC comics, that feature different superheroes focusing on a specific fictional city, the Marvel Universe is divided into multiple worlds and so are its characters. Whether it’s the world featuring the superheroes in the form of The Avengers, or a world inhabited by mutants or a whole new different universe featuring the Guardians of the Galaxy, Marvel universe is much more advanced and spread around compared to the DC universe.

However, you can always see a crossover such as Spider-Man teaming up with The Avengers or X-Men or a Wolverine joining The Avengers for the greater good every now and then. Such diversity actually gives Marvel an upper hand against their archrival DC comics.

Enough said already, now if you feel that we missed out any of your favorite Marvel movies in the above list, then you are always welcome to mention those movies in the comments below. 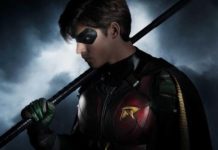 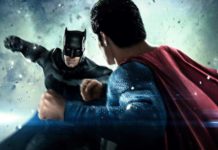 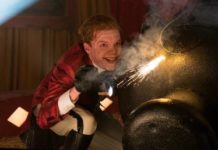 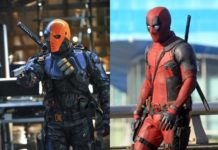 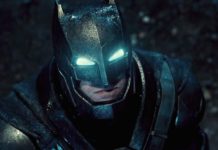 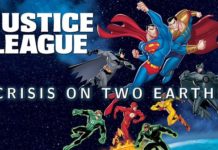