Mohandas Karamchand Gandhi is a name that the whole world recognizes. However, he is popular by his title Mahatma and the identity as “Father of the Nation” for India.

Mahatma Gandhi is considered a symbol of peace as he chose to start a non-violent movement comprising of various Satyagrahas all over the country during India’s freedom struggle.

He is one of the most famous personalities at par with the likes of Abraham Lincoln, Nelson Mandela, Martin Luther King, etc. He was a true follower of Ahimsa and taught the world an important lesson as he lived by example to support the quote, “An Eye for an Eye will make the Whole World Blind”.

Today, we are remembering this legend of not just India but the whole world and dedicating this article to some of the best movies about Mahatma Gandhi as one of the prominent characters.

Best Films Featuring or Based on Mahatma Gandhi

Being an iconic personality and the guardian of peace throughout his life, a lot of biographies, journals, and articles have been written about Mahatma Gandhi.

Some of these creations have inspired filmmakers to make motion pictures celebrating the life of Mr. Mohandas Karamchand Gandhi.

If you wish to know more about this legend, then I would highly recommend watching these great movies based on Mahatma Gandhi. 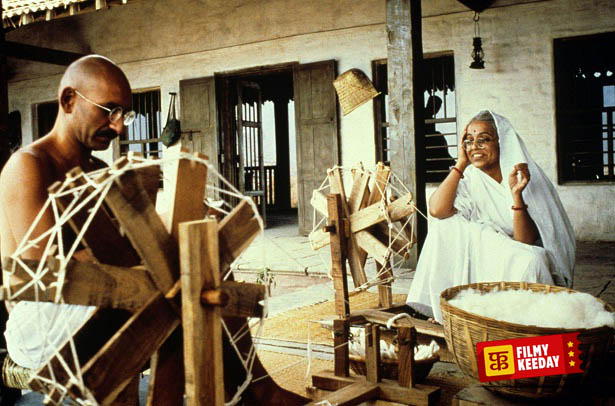 The first film that comes to my mind when I think about movies based on Mahatma Gandhi is the 1982 British-Indian film, Gandhi. Directed by Richard Attenborough, the film features Ben Kingsley in the titular role.

The film focuses on his early life in South Africa and follows through the era when he took part in the freedom struggle of India until his assassination in 1948. It’s undoubtedly one of the best films on Gandhi.

Also Read: The Greatest Biopic Films of all the Time 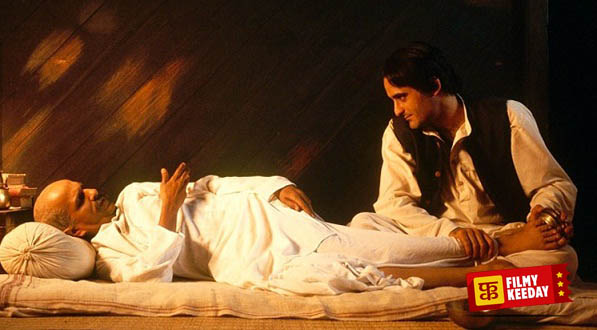 While most of the films try to dramatize the life of Mahatma Gandhi, here’s the 2007 film Gandhi My Father which focuses on Gandhi’s son Hiralal Gandhi. The film features Akshaye Khanna as Hiralal Gandhi, whereas Darshan Jariwala plays Gandhi’s character.

Directed by Feroz Abbas Khan, the film tries to highlight the troubled relationship between Mahatma Gandhi and his son Hiralal Gandhi. 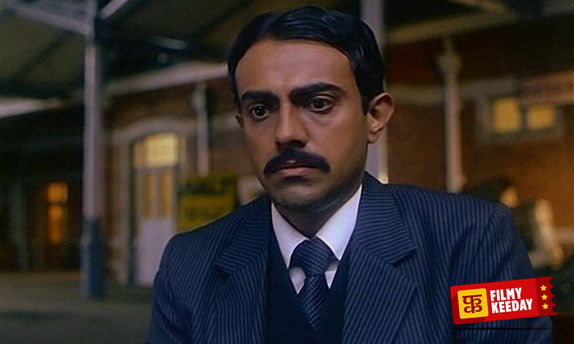 The 1996 film The Making of Mahatma is another joint collaboration, this time between India and South Africa, which features the life of Mahatma Gandhi.

Directed by Shyam Benegal, the film focuses on the life of Mahatma Gandhi during his 21 years stay in South Africa where he actually adapted his non-violent movement against racial discrimination. The film is adapted from the book titled The Apprenticeship of a Mahatma authored by Fatima Meer. 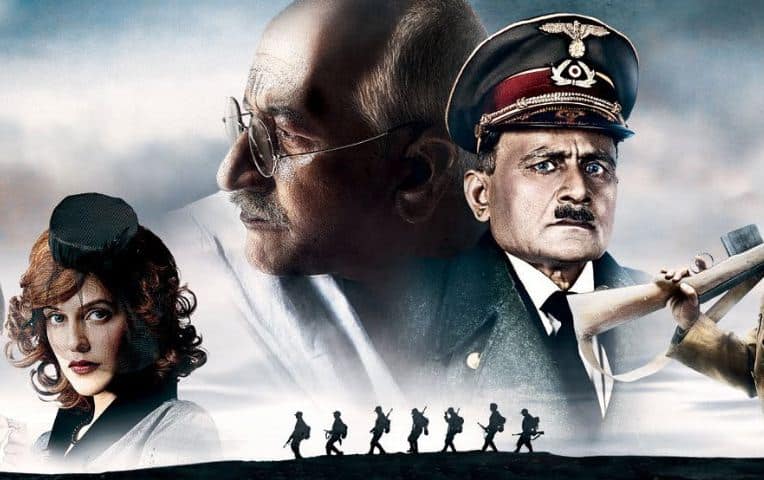 Gandhi to Hitler is an interesting multilingual film Based on World War 2 directed by Rakesh Ranjan Kumar. The reason I call this as an interesting film is that the title of the film mentions two completely different personalities.

The film features Raghubir Yadav as Adolf Hitler, whereas Avijit Dutt plays a minor role in the film as Mohandas Gandhi. The film is based on “The Downfall” letters penned by Mahatma Gandhi addressed to Hitler.

Also Read: Movies based on the life of Adolf Hitler

Simultaneously made in Hindi and Tamil, Hey Raam is a 2000 period crime drama film directed by Kamal Haasan. The veteran actor also played the main protagonist in the film.

Basically, the film focuses on the famous Partition of India and the resultant murder of Mahatma Gandhi by Nathuram Godse. The film also features Shahrukh Khan in an extended cameo as Amjad Ali Khan. 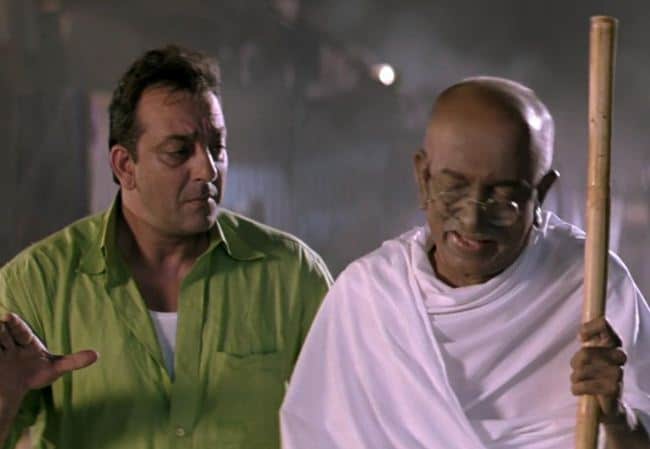 The film is actually popular because of Gandhigiri. It was introduced in the film when Munna Bhai’s character starts seeing Mahatma Gandhi’s spirit that guides him to the path of non-violence and peace. 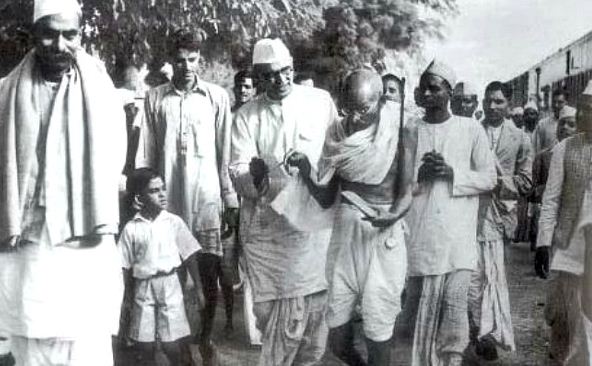 Being an iconic figure, there are a lot of documentaries produced throughout the globe featuring the life of Mahatma Gandhi. One such documentary film is Mahatma: Life of Gandhi released in 1968.

Directed by Vithalbhai Jhaveri; this black-and-white documentary details the life of Mahatma Gandhi using animation, live photography, and some old stills. This documentary was released in different versions including a 5-hour long English version as well as a Hindi version of 2 hours and 20 minutes. 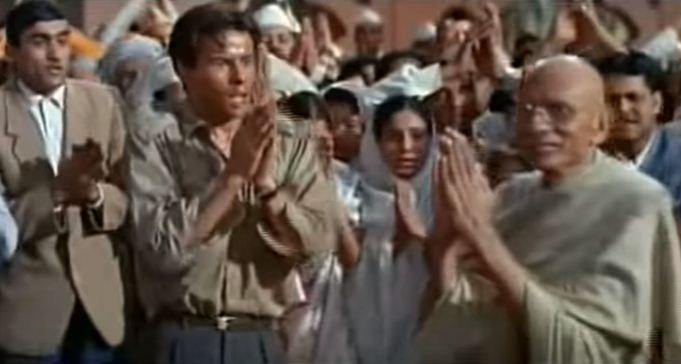 Nine Hours to Rama is a 1963 British film directed by Mark Robson. The film is adapted from the book of the same name authored by Stanley Wolpert. Nine Hours to Rama actually focuses on the 9 hours of the life of Nathuram Godse that lead up to the assassination of Mahatma Gandhi.

The film doesn’t feature a single Indian actor or actress in the film for the main lead as all the characters are portrayed by British, German or American actors. 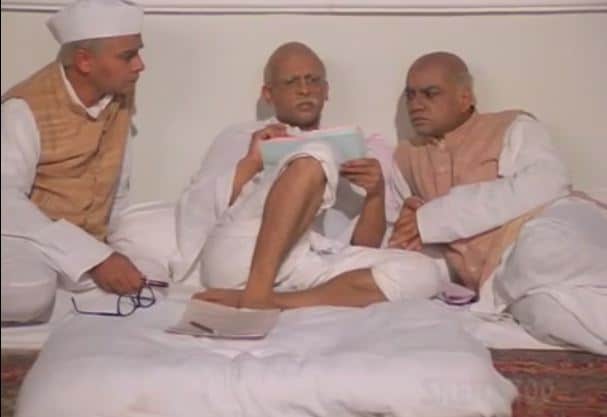 Sardar is a 1993 biopic on the one man titled the “Iron Man of India”. The film is directed by Ketan Mehta and features Paresh Rawal as Sardar Vallabhbhai Patel. While the film is not entirely based on Mahatma Gandhi and features the life of Sardar Patel.

It has few elements as the life of Sardar and Mahatma does intersect during the freedom struggle as well as Independence movement of India, This film shares the stories of new India and the making of India.

Also Read: Movies about the History of India. 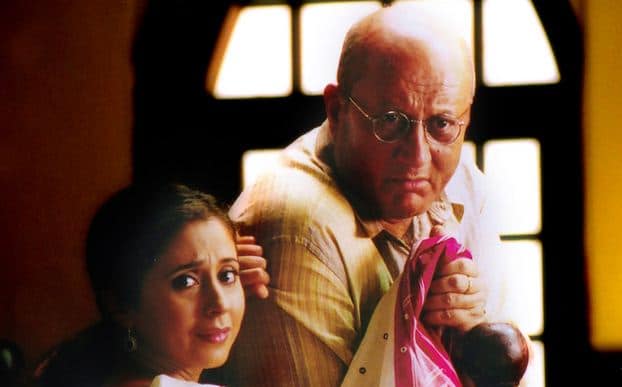 Maine Gandhi Ko Nahin Mara is not entirely based on Mahatma Gandhi. Directed by Jahnu Barua, the film focuses on the life of a retired Hindi Professor who believes that he killed Mahatma Gandhi following an incident that happened in his childhood.

The retired professor is played by Anupam Kher, whereas Urmila Matondkar plays his daughter in the film.

These are the Best Films Based on the life of Mahatma Gandhi, You can share more films on M.K Gandhi in the comment section.