Hitler is one of the most famous personalities, the history has ever seen. Well, most of the popular personalities around the world are loved by people, whereas Adolf Hitler can be on top of the list of the most hated personality in the world’s history.

This is the main reason why there are a lot of films featuring Adolf Hitler’s life either based on real facts, conspiracies or humor to mock one of the ruthless dictator of all times. Most of these films talk about the Holocaust, assassination attempts on Hitler and major conspiracies revolving around World War I and II.

So, let us go through a list of movies based involving Adolf Hitler as a major character in the film.

Top Movies Based Around Hitler 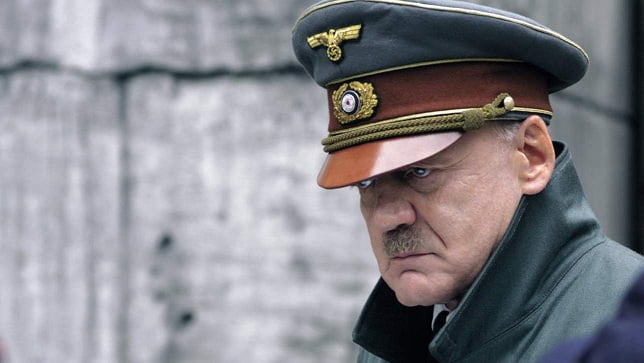 Downfall is a German war film that features the story about the last 10 days of Adolf Hitler’s rule over Nazi Germany. The film was written by Bernd Eichinger after searching through many histories of the period, focusing especially on the life of Adolf Hitler and his role as the dictator of Nazi Germany. 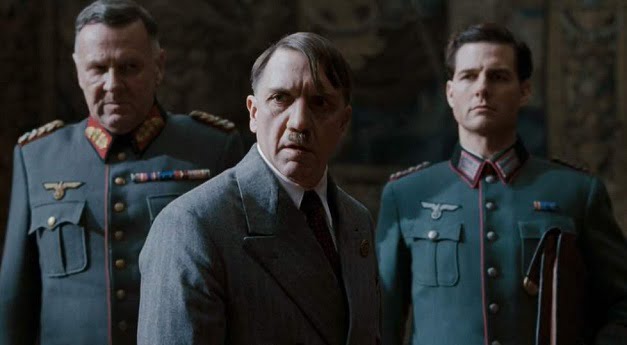 Valkyrie is an American-German film starring Tom Cruise as Colonel Claus von Stauffenberg, who was the main conspirator in the assassination attempt on Hitler as a part of operation Valkyrie orchestrated by the German Army officers to take over the control of Germany in 1944.

Hitler: The Rise of Evil 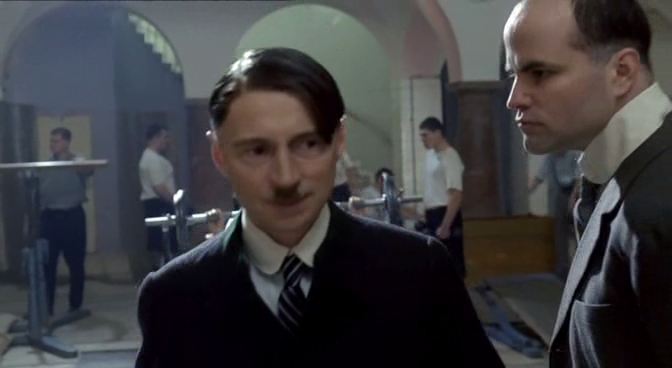 As the title of the movie suggests, Hitler: The Rise of Evil is all about Hitler’s rise to power as the powerful dictator of Germany and the sole controller of the Nazi army. The film is actually a two-part Canadian TV miniseries and also tries to display the true state of German society following the war, which played the most important factor in Hitler’s rise to power.

Hitler: A Film From Germany 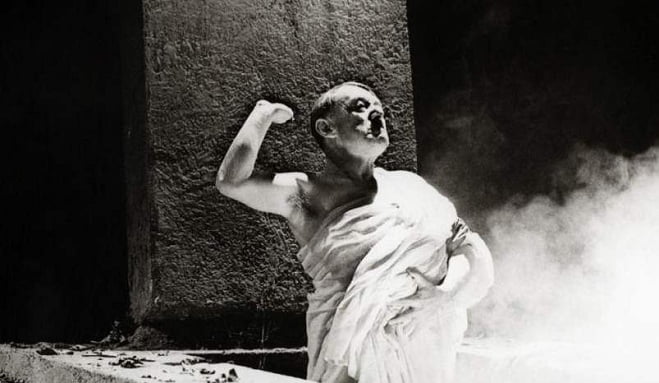 Hitler: A Film From Germany is a Franco-British-German experimental film that explores four different plots in the movie. The film is directed by Hans-Jurgen Syberberg and stars Heinz Schubert, who plays both Adolf Hitler and Heinrich Himmler in the movie. The film basically tries to highlight Hitler’s influence over Nazi Propaganda, the pre-Nazi German culture that Nazi propaganda related to and the Holocaust from Himmler’s point of view. 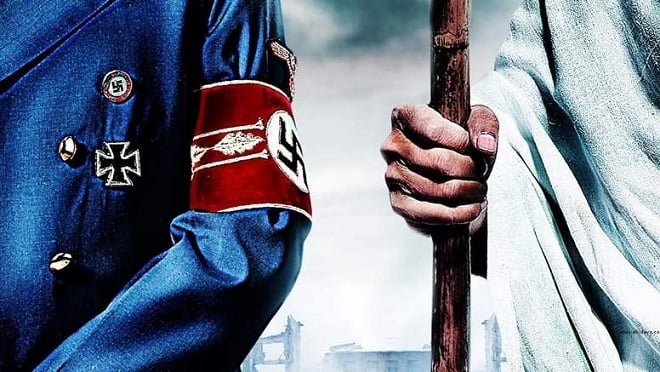 Gandhi to Hitler is a multi-lingual Indian drama film starring Raghubir Yadav as Hitler and Avijit Dutt as Gandhi. Directed by Rakesh Ranjan Kumar, the film basically tries to compare the ideologies of Gandhi and Hitler and how Gandhism is much superior and closer to humanity than Nazism through the letters sent by Gandhi to Hitler. 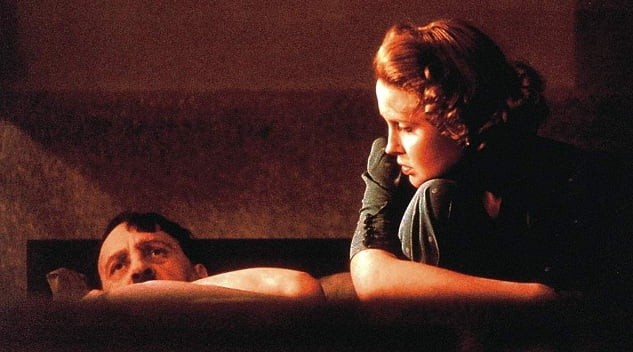 Moloch is a Russian biographical drama film about Adolf Hitler. The film is about a short journey to Bavarian Alps to reunite with the love of his life Eva Barun. The film tries to display a different side of the ruthless dictator and tries to show that he was no different than every other man.

The Devil With Hitler 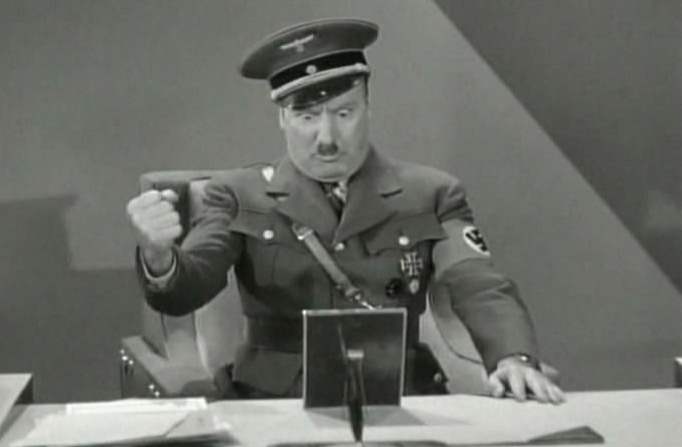 The Devil With Hitler is a comedy propaganda film that features Adolf Hitler and follows a satire, where the board of directors of Hell are considering Hitler as the next in to take charge of Hell. However, the Satan wants to save his job and influences the German dictator to perform a good deed.

The Man Who Crossed Hitler 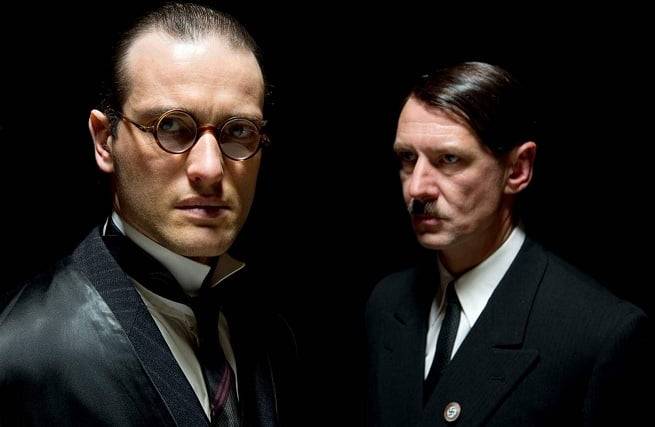 The Man Who Crossed Hitler is a BBC film starring Ian Hart as Adolf Hitler. The film revolves around a story where Hitler is called into the witness box by a young lawyer Hans Litten in the trial of some Nazi thugs. As Hitler has already renounced about the use of political violence, Litten tries his best to discredit Hitler and the Nazi party through revealing the Nazi leader’s frauds towards the German establishment. 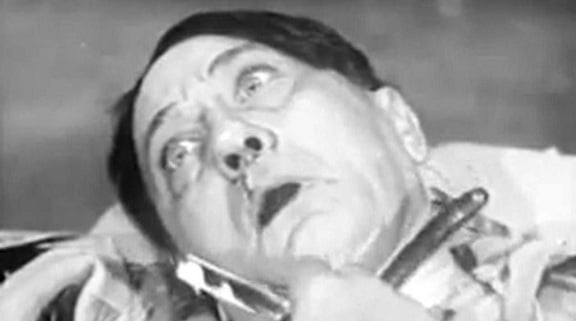 Hitler: Dead or Alive is an American film based on the true events happened during the early stages of World War II. The story of the film is focused around three gangsters released from Alcatraz prison, hired by a prominent American businessman to capture Hitler, either dead or alive.

They Saved Hitler’s Brain is a 1968 Sci-Fi film centered around the brain of Adolf Hitler. The film is adapted from a short feature film Madmen of Mandoras and features a group of Nazi officials preserving the living head of Adolf Hitler in order to resurrect Nazi Army and the dictator in the future. 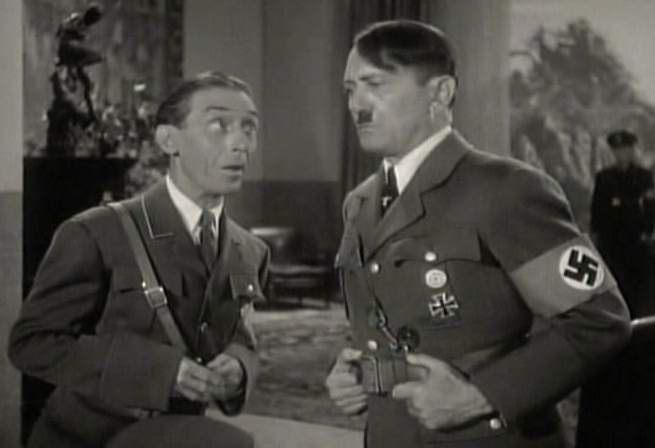 One of Hal Roach’s Streamliners, Nazty Nuisance is a fictional comedy film about Adolf Hitler, where Hitler is shown to go on a secret journey accompanied by Axis partners Benito Mussolini of Italy and General Suki Yaki to the oriental country of Norom to negotiate a treaty with blood-thirsty High Chief Paj Mub. The things get interesting when some Americans also end up on the same island.

The list of Films about Adolf Hitler is created by Filmy Keeday Team. You can add your list of Best Movies on Hitler in the comment section.