The usual Bollywood thrillers ( the movie is not exactly a thriller) which keep a common man at its prime centre ends with an emotional climax. The case with Madaari is different. It’s not emotional, it’s logical! As per the trailer, there are very few things left in the film’s plot which should drive you to the theatre but it’s the climax which has it all. It’s the climax you’ve to wait for 2 hours.

Its end will explain why this movie is named Madaari (a performer who entertains the crowd with his sidekick roles), and that’s the whole purpose of its story. 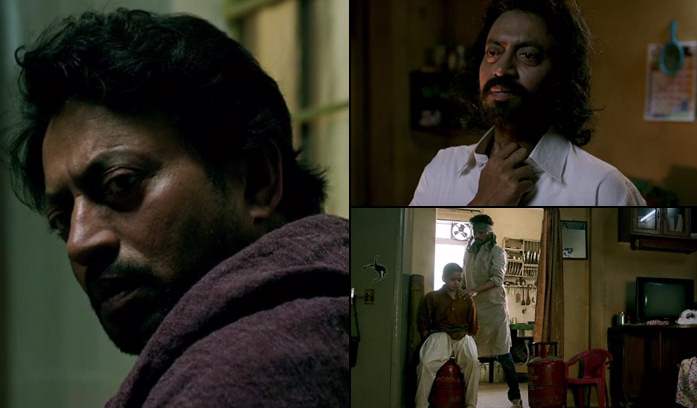 The primary character, Nirmal Kumar (played by Irrfan Khan) is the core, and he is the Madaari. Nachiket Verma (played by Jimmy Shergill) is the investigating officer who does everything he can to find the abducted Home Minister’s son and get up to the plans of Nirmal Kumar.

Everyone in the film has played their role well and no doubt, Irrfan, and Jimmy have grabbed the characters firmly. Direction by Nishikant Kamat is good.

The first half is not that interesting and the same goes for the other half. The film is not exactly a thriller as it doesn’t try to put a tough mystery ahead us. Rather, it takes us to an adventure where you’ll always be waiting for the end.

Other than the climax, a father’s emotions for his son and the political drama of our country are at the core of the story. To be frank, I’m impressed with the work Shailja Kejriwal (story writer) did as she made a common story stand out of the usual rack.

This isn’t going to be the first common man related movie for any of us. Usually, they revolve around the political and religious related dramas we all have been part of. Madaari, on the other hand, has another thing at the centre. Other than these sensational objects, it focuses on the Truth!

While watching the movie, it reminded me of Highway by Imtiaz Ali, as a lot of travelling is involved in the story while keeping the climax completely away from the screen. Although, the direction and cinematography of Highway were much better than what’s in Madaari and story of the two are completely different.

It’s worth a watch considering it delivers a unique adventure and a climax which is away from usual Bollywood emotional drama or the entertainers. Remember how A Wednesday turned out?

If you still have an appetite for common man related stories and want to notice a new technical climax, rather than the usual emotional ones, then Madaari will be a good watch!