If you are a fan of Marvel Universe, then you can relate to all the hype and drama associated with the latest Avengers: Infinity War.

While most Marvel movies based on a particular superhero or central character get huge attention, the Avengers film franchise is different as it includes all your favorite heroes pitted against a superior villain.

The league of Avengers began with Loki and his army of Chitauri, then followed by an evil artificial intelligence Ultron and now the Avengers are facing the biggest villain of the universe known as Thanos. Well, if you have already watched the film, you must be wondering what’s next for Marvel Cinematic Universe! 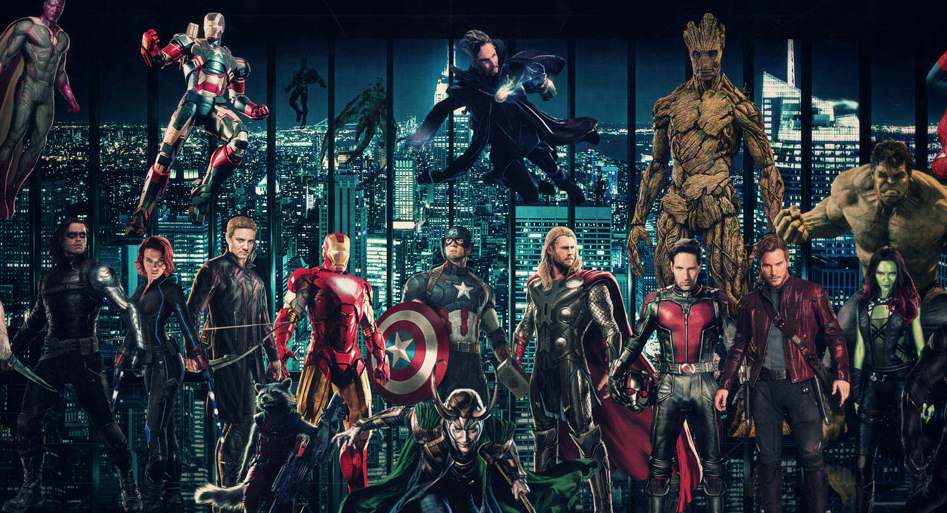 Well, the world is in shock with the Infinity War climax but there’s much more to Marvel Cinematic Universe than you can imagine.

Here’s the list of movies based on Marvel Comics character after Infinity War:

Well, Deadpool is the latest entry in the Marvel Universe and considering the content of the film, it is very likely that Deadpool will ever be a part of the Avengers team. However, with huge box office collections and popularity the 2016 film Deadpool, the film series doesn’t seem to require any outside help either. The Deadpool 2 is already released in Cinemas as I write this article and we will see more of Ryan Reynolds as Deadpool in the years to come.

Ant-Man and The Wasp

Another movie trailer that’s making the rounds on YouTube these days is the 2nd film in the Ant-Man series. Although an underrated superhero in the Avengers team or the Marvel Universe, Ant-Man is an important part of the MCU. Hence, it is only evident that Marvel will like to tell the story of Ant-Man as he is an integral part of the Avengers team now.

The new entry to Marvel Universe and currently the most hyped Marvel superhero film is Captain Marvel. Of course, the movie is based on the Marvel comics character Carol Danvers a.k.a. Captain Marvel. It is already disclosed that Captain Marvel will play an important role in the 4th Avengers film, a sequel to Avengers: Infinity War. The 2019 film Captain Marvel will introduce the character before she makes her presence felt in the untitled Avengers 4 film. Posters have been released for this Upcoming Marvel Film.

Well, we all know what happened in Avengers: Infinity War and there’s no way MCU will leave us with that type of cliff-hanger for a long time. MCU has already announced the 4th Avengers film which will release on 3rd May 2019. Earlier, Marvel decided to release the 3rd and 4th films in Avengers film series as Avengers: Infinity War – Part I & II. Hence, both the films were shot simultaneously to maintain the continuity. However, the directors of the film, Anthony Russo and Joe Russo decided to change the title of the fourth film. The new title isn’t disclosed yet.

Spider-Man Homecoming is the 2nd reboot of the Spider-Man film franchise after Andrew Garfield failed to impress the audience with his Spider-Man avatar. Also, the reboot is also part of the deal where Marvel and Sony came to an agreement to share the character rights with a complete revamp of the franchise so it can be integrated into MCU. Hence, the new Spider-Man, played by Tom Holland, made his debut in Captain America: Civil War rather than a solo film. With the ploy successful, Marvel is all set to take this series further with an upcoming yet untitled Spider-Man Homecoming sequel. The film is set to release on July 5, 2019, after the Avengers 4 film.

Guardians of the Galaxy Vol. 3

We already discussed the 2nd Ant-Man film already on this list. While the 2018 Ant-Man and the Wasp is set between the events of Captain America: Civil War and Avengers: Infinity War, the 3rd film in the series is set after the events of the 4th Avengers film. There’s no clear mention of the release date but Ant-Man 3 is definitely in the making according to Michael Pena who plays Luis in the Ant-Man franchise.

Yes, you read it right. We will witness a solo film led by Scarlett Johansson in the titular character as Black Widow. Black Widow began her stint at MCU with the 2010 Iron Man 2 followed by 2012 film The Avengers, 2014 film Captain America: The Winter Soldier, 2015 film Avengers: Age of Ultron, 2016 film Captain America: Civil War, and finally 2018 film Avengers: Infinity War. A solo film was always due for this Russian spy turned S.H.I.E.L.D agent. While the solo Black Widow film is set to release post Avengers: Infinity War, I believe the film will focus on the origins of Natasha Romanoff a.k.a. Black Widow.

Spider-Man: Into the Spider-Verse

These are the upcoming Marvel Movies list, after infinity war, we are going to see major changes in Marvel Cinematic Universe.