Bollywood is famous for its romantic Hindi movies, where Tollywood, Kollywood are famous for their masala movies, as well as for their fantastic stories and for Rajnikanth 😛

Similarly, there are many guest appearances of Tollywood and Kollywood actors are present in Hindi movies, and where Amitabh Bachchan had already made a guest appearance in a Malayalam movie Kandahar starring Mohanlalan’s, and Munni of Bollywood (Malaika Arora Khan) has done an item number in Pawan Kalyan’s Gabbar Singh.

You can see Prakash Raj Is Already roaring with his brilliant acting skills in Bollywood, where Chiranjivi son’s Ram Charan also making his Bollywood debut with the remake of Amitabh’s Superhit movie Zanjeer.

You can see many actresses are making their Bollywood debut like Tamanah starting their new innings in Bollywood with the movie Himmatwala with Ajay Devgn, Kajal Aggarwal has already done with Singham. 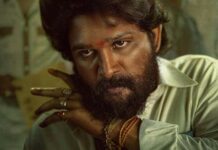