While most people across the globe usually associate Indian cinema with the only Bollywood, the reality is extreme opposite.

A multilingual and multicultural country like India has a film industry catering to a certain group of people in a certain language in several parts of the country.

Among all of them, if there is one industry, that has refused to bow down to the general conventions of filmmaking and has constantly experimented with unconventional themes, that is Bangla language film industry.

Thriller genre being one of the specialties of Bangla filmmakers, let’s look at a few best suspense thriller of Bengali Cinema.

List of Best Bengali Suspense Thrillers of All Time Helmed by ace filmmaker Srijit Mukherjee, Baishe Srabon arrived in theatres in 2011 and swept everybody off their feet with its sheer technical brilliance and gripping storytelling. The poetic film featured two police officers and two journalists on the trail of a psychopath who has been active throughout Kolkata. The man loves poetry and this gives the film a certain distinct charm and class. The film was featured in several national and international film festivals and earned accolades when it was released theatrically. It remains one of the most critically and commercially acclaimed Bengali films of this decade. Satyajit Ray made dozens of films that have been regarded as all-time classics of the Bangla film industry and yet some of them remain quite anonymous. Chiriyakhana being one prime example of this, the film followed the story of the legendary fictional detective named Byomkesh Bakshi. The story gets triggered when one of Bakshi’s best friends Dr. Nishanth gets murdered and Byomkesh sets out on a mission to reveal the true identity of the killer. Somehow the film did not do well when it was released as it was considered to be very complex by Indian industry standards. But over time, the film has made its way into the list of best collaborations between superstar Uttam Kumar and Ray. Chotushkone is another Srijit Mukherjee masterpiece that deserves a mention on the list. The film told the story of four young filmmakers who are on the verge to make their debut film, containing four different stories. They go to the outskirts of Kolkata to meet the producers of their film and a chain of events unveils which culminates with a shocking revelation. Mukherjee became the recipient of a National Award for best director the film which turned out to be a major commercial and critical success when it came out. Among the vast filmography of Satyajit Ray, there is this gem of a film starring Soumitra Chatterjee. The film was a retelling of a short story from the Feluda series written by Satyajit Ray himself. Private detective Feluda and his cousin are hired by a wealthy man to take care of his gifted son who has seen a treasure hidden in his visions. Feluda, along with his comrade sets out on the search for the treasure and as they go about it, several layers of the story get unfolded, reaching a chilling conclusion. The film also made waves across the United States and was released by the title The Golden Fortress and did a decent business there as well. Sonar Kella is one of the Best Bengali Suspense Thriller Movies of All Time. Sabar Upare is one of the all-time cult classic Bengali films made in the golden era of Bengali films. Piloted by Agradoot, the film told the story about a young man who sets out to prove his father’s innocence when his mother tells him that he was wrongly incarcerated in Patna. Starring critically acclaimed actors such as Uttam Kumar and Suchitra Sen in main roles, the film was based on the novel Beyond This Place. The film was further remade in Hindi by the title Kala Pani, which also turned out to be a major hit. Nobel Chor is a Bengali film starring veteran Hindi/Bengali film actor Mithun Chakraborty. The film told the story of a middle-aged man named Bhanu, played by Mithun, who sets out to solve the mystery of stolen novel of Rabindranath Tagore from Shanti Niketan. The film centers entirely around Bhanu and his tryst with Tagore’s teachings and how they guide him through life. The film received an official selection for BFI London Film Festival and also starred Soumitra Chatterjee in a key role. 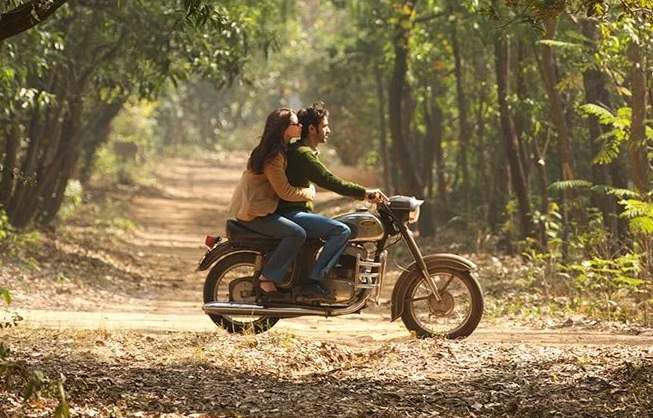 A Death in the Gunj was the directorial debut for the acclaimed actress Konkona Sen Sharma. Widely regarded as one of the best Indian films of 2016, the film focused on the tale of Shutu, a simpleton as he gets stuck between a family reunion, full of some bully characters. As the holidays progress, the audiences get to feel furthermore about Shutu and how he is slowly being torn apart psychologically by his very own family. The film won many nominations at the Filmfare Awards and Konkona went home with the award for the Best Debut director. Based on the famous short story Rin, the film was directed by Arindam Sil, who turned to director after forging a successful career in line producing. The mystery thriller film is centered on the unfortunate murder of a young woman named Mitali Ghosh. After starting as a genuine murder mystery, the film becomes a political and social thriller exposing the ugly facades of the high society lot of Kolkata. The film’s success compelled the producers and the director to come up with a sequel titled Eagoler Chokh, which turned out to be another major success.