Be it the sizzling Chandni, the fantastic Miss Hawaa Hawai, or the vigilante MOM; we loved Sridevi in all her onscreen avatars. Sadly, on 24th February 2018, she passed away at a very early age of 54. Well, she must have left her physical body, but she will always remain in our hearts and soul through her work in Indian cinema.

Sridevi is among the list of actresses who achieved the superstar status in a male dominant Indian film industry. It’s a significant achievement for any actress to reach such a milestone in her career in a film industry that follows Hero worship.

Her death is a significant loss to the Indian film industry as she returned to the big cinema after a long hiatus and delivered two exceptional performances in the films, English Vinglish and MOM.

As a part of our tribute and remembering the eternal diva, we are sharing a list of best Sridevi films of all time. You can watch these films, if you haven’t already, or watch it again to remember and appreciate this beautiful actress and lovely human being.

Sridevi started her film career as a child artist and eventually established herself in the South film industry as a lead actress at a mere age of 13 alongside Rajnikanth and Kamal Haasan in the 1976 Tamil film Moondru Mudichu.

She made her Hindi film debut at the age of 16 by reprising her role in the Hindi remake of 16 Vayathinile (1977). Since then, there was no looking back for this Bollywood diva as she went on become the biggest stars of Hindi film industry and ruled Bollywood in the 80s and 90s.

Here are some of her best films till date. 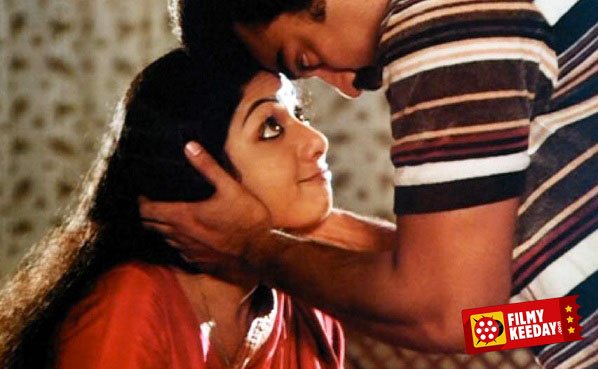 There’s no doubt whatsoever that Sadma is the best film starring Sridevi in the lead role. Her performance as an amnesiac woman with no memories of her adult life is widely praised across the industry. The film also features Kamal Haasan who also gives a brilliant performance in the movie. Directed by Balu Mahendru, the film is a Hindi remake of Tamil film Moondram Pirai starring the same lead cast. No doubt Sadma is one of the Best films of Sridevi. 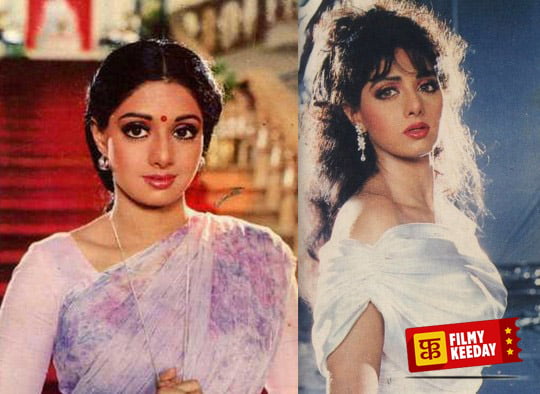 In her career span of more than five decades, Sridevi featured in dual roles in some of her films. However, the double role in Chalbaaz as Anju and Manju placed her in the league of greats like Dilip Kumar (Ram Aur Shyam) and Hema Malini (Seeta Aur Geeta). Her performance in the film also fetched her Filmfare Award for Best Actress. The film also featured Sunny Deol and Rajnikanth as male leads, but Sridevi’s performance almost outshined them as they looked like nothing but sidekicks of the female lead. 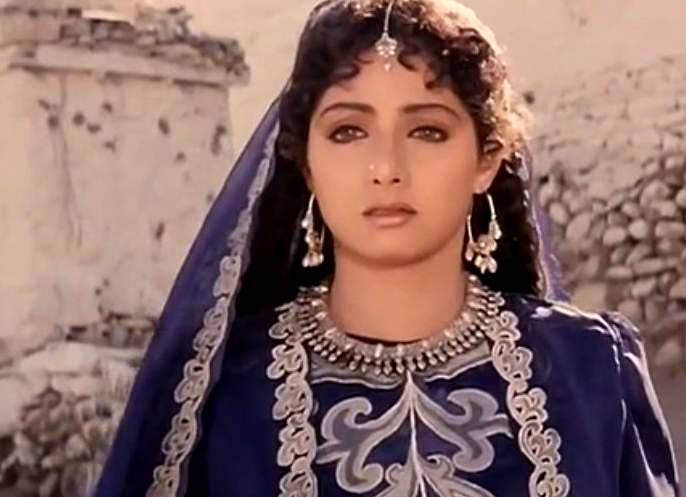 Another brilliant film featuring Sridevi in a dual role is the 1992 film Khuda Gawah. Directed by Mukul S. Anand, the film also stars Amitabh Bachchan in the lead, whereas Nagarjuna, Shilpa Shirodkar, and Danny Denzongpa play supporting roles. The film tells the love story of Badshah Khan and his wife Benazir, who are separated and eventually united after 15 years. 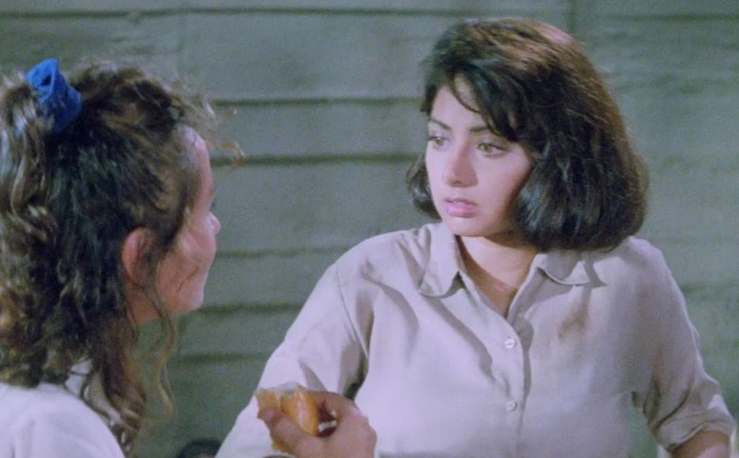 While most actresses in Bollywood were featured as eye candy in most films, Sridevi took a different path as she went for notable roles throughout her career. One such film is the 1993 crime drama Gumrah. Directed by Mahesh Bhatt, the film tells the story of Roshni Chadha, who is falsely accused and convicted of drug trafficking in Hong Kong. Her lover Jaggu doesn’t give up and plans her escape by entering the same jail. Whether he succeeds in rescuing her or not forms the rest of the story. 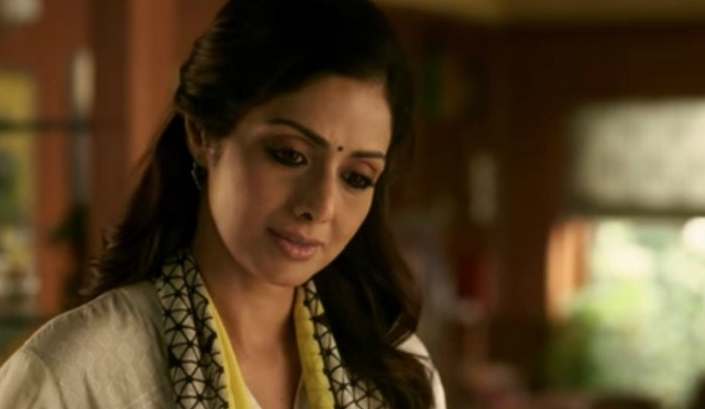 The 2017 crime thriller film Mom became Sridevi’s 300th and unfortunately her last movie. She is widely praised for her role as a vigilante mother who avenges her daughter’s rape when the judicial system fails to provide justice. Directed by Ravi Udyawar, the film also features Akshaye Khanna and Nawazuddin Siddiqui in the supporting roles. 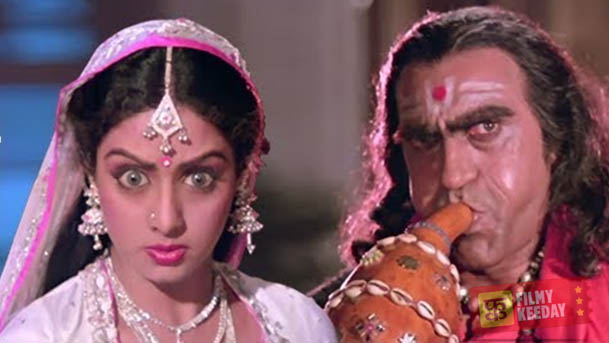 While Hollywood is famous for urban legends of Werewolves and Vampires, Hindi film industry has its mythical creature in Icchadhari Nagin, a shape-shifting snake. The theme of Icchadhari Nagin is often used in many Hindi films, but it achieved nationwide fame after the 1986 film Nagina. Featuring Sridevi as the shape-shifting snake, the film is quite famous for its theme and the epic rivalry between Sridevi’s character and Bhairo Nath, portrayed by Amrish Puri. 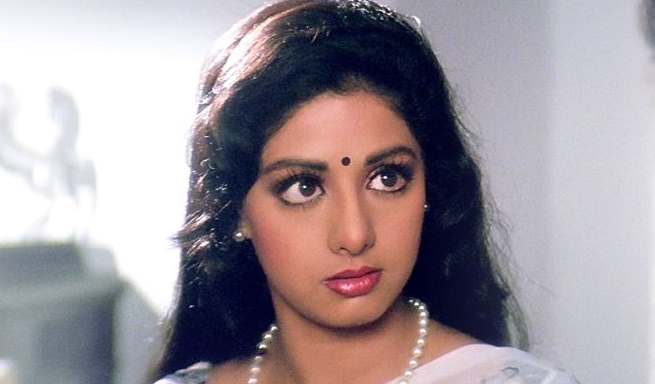 Sridevi’s film career skyrocketed after the 1989 film Chandni where she played the love interest of the two male leads in the movie. Before Chandni, she was just another Bollywood diva or a superstar, but after Chandni, she gained the recognition and found a place in the league of top actors/actresses, Indian film industry has ever produced. Directed by Yash Chopra, the film is a Romantic love triangle Bollywood film featuring Vinod Khanna and Rishi Kapoor alongside the eternal diva. 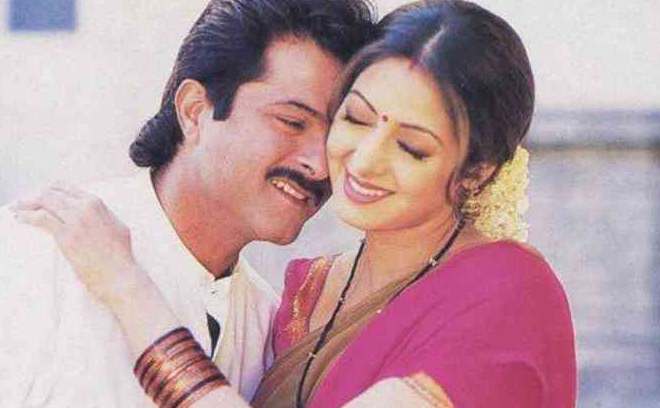 The best part about Sridevi as an actor is the fact that she never shied away from experimenting or trying different characters. The 1997 family drama film Judaai is the best example where she played a grey shade character. Directed by Raj Kanwar, the film tells the story of a wife who decides to share her husband with the daughter of a wealthy businessman for money and luxury. By the time she realizes her mistake, it is already late. Whether she gets her family back or she loses them forever forms the rest of the story.