Lok Sabha elections are around the corner and many parties have succeeded in getting Bollywood celebs. Political parties including Aam Admi Party (AAP), Bharatiya Janata Party (BJP) and Congress have given their individual party tickets to Bollywood celebs and have already grabbed the attention of Voters. These Bollywood Celebs have came on road personally to meet the voters or if I may say their fans and luring them all. 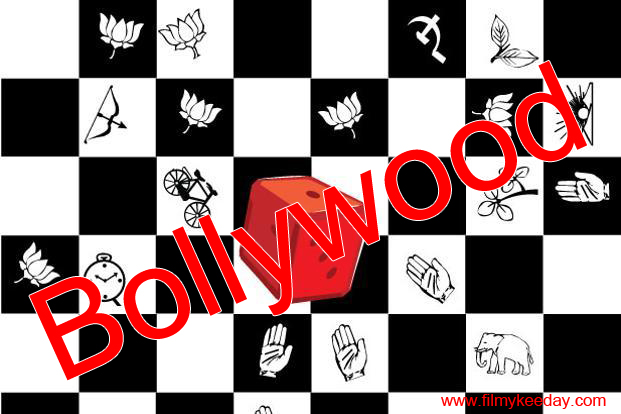 Here is the list of Bollywood Celebs who have dared to enter Politics.

Chandigarh’s very own dimpled woman Kirron Kher, wife of Anupam Kher has set her feet in Politics. She is well known and a famous actress of Bollywood. Kirron Kher has chosen to enter Politics with the ticket from BJP, and but of course she is in Chandigarh to lure her fans. After all she has a great connection with Chandigarh.

Former Miss India, Gul Panag who is also a very famous Bollywood actress, model hails from Punjab. AAP has succeeded to get Gul to fight against Kirron Kher from Chandigarh for the Lok Sabha seat. The two dimpled beauties are in front of each other for Lok Sabha seat from Chandigarh.

Manoj Tiwari is a very famous and well known Bhojpuri singer, actor, television presenter and music director from Bihar. Manoj Tiwari is a well-known name in Bihar as well as Indian Cinema. In 2009, Tiwari contested for the national elections with the name of Samajwadi Party (SP). This year, BJP has given ticket to Manoj Tiwari for theLok Sabha elections for North-east Delhi seat.

Nagma is a renowned name in Bollywood as well in South film Industry. She started her career with the movie Baaghi, opposite Salman Khan. Congress has pulled in Nagma for Lok Sabha elections from Meerut. Nagma has been active in Politics since 2003; let’s see what 2014 elections have for her.

BappiLahiri is famous for two things, his music and his love for Gold. A famous music director and singer who is well known for his Disco songs of 80s and 90s. BJP has succeeded to drag Lahiri to fight for the seat of Sreerampore constituency in Hooghly district of Kolkata.

He One of the most versatile actor. He is very famous for his comedy and negative roles in Bollywood movies. BJP has been able to give him the ticket for Loksabha elections from east Ahmedabad constituency in Gujarat.

Babul Suprio is an amazing singer and not so amazing actor of Bollywood Industry. BJP has joined with the singer for the ticket from Asansol in West Bangal.

Joy Banerjee is a famous actor who has been part of Bengali and Hindi movies. Joy Banerjee has been given ticket from New Delhi by Trinamool Congress.

HemaMalini, basanti of Sholay and popularly known as ‘Dreamgirl of Bollywood’. Hema Malini is an actress, director, producer and a classical dancer. HemaMalini joined politics in 2004 after joining hands with BJP and is actively involved as a member in the party till now. HemaMalini is contesting from Mathura for this Lok Sabha elections.

Controversial Item girl, RakhiSawant has came in to Politics holding hands of BJP, adding a little more glamour to the party. She is contesting for elections as an independent candidate from Mumbai North-West constituency. Although Rakhi was offered a ticket from Srirampur, West Bengal but, when it is RakhiSawant how can things go peacefully. She rejected the offer saying she doesn’t know the local language of the place and would stand from Mumbai only.

Mahesh Majrekar,well known actor has joined hands with MNS (Maharashtra NavnirmanSena) and is contesting for the Lok Sabha elections from Mumbai North-West.

Kamal Rashid Khan also known as KRK has joined hands with Sanajwadi Party (SP). KRK has tried his hands in Bollywood Industry as an actor.KRK an actor and movie critic who loves being in to controversies, he is be trying his luck in elections this time.