Well, a lot of films in the list of best biopic movies are either based on sports, freedom struggle, and others. Hence, for a change, here is the 2008 historical film Rang Rasiya which is based on the life of Indian painter Raja Ravi Varma. Directed by Ketan Mehta, the film features Randeep Hooda as Raja Ravi Varma, whereas Nandana Sen plays his love interest Sugandha.

Directed by Hansal Mehta, Aligarh is a biographical drama that attracted a lot of controversies last year. The film starring Manoj Bajpayee in the lead role as Prof. Ramchandra Siras is primarily about homosexuality and the prejudice it suffers on moral grounds. The film also features Rajkumar Rao in a pivotal role.

The popularity of Bhagat Singh, one of India’s prominent freedom fighters, can be anticipated by the mere fact that there was 3 biographical film released in the same year featuring his life. Well, we chose the best one of the lot starring Ajay Devgn as Bhagat Singh. Directed by Rajkumar Santoshi, the film chronicles the life of the legendary freedom fighter who sacrificed his life for Indian Independence.

While most of the biopic films are based on legends, here’s a 2015 biographical film Manjhi: The Mountain Man which is about an ordinary villager who became a legend. Directed by Ketan Mehta, the film is based on the life of Dashrath Manjhi, popularly known as Mountain Man because he carved a path by cutting through a mountain with two simple tools: a hammer and a chisel. Nawazuddin Siddiqui plays the titular character in the film and Radhika Apte plays his wife.

A lot of films have been made about Mahatma Gandhi and his Satyagrahas to free India. However, very less is known about his personal life. Gandhi, My Father is a 2007 biographical film based on the life of Mahatma Gandhi’s son Hiralal Gandhi. Directed by Feroz Abbas Khan, the film features Akshaye Khanna as Gandhi’s son and Darshan Jariwala plays Mahatma Gandhi.

Budhia Singh – Born to Run is another sports biographical film on our list of best biopic movies of all time. Directed by Soumendra Padhi, the film tells the story of the world’s youngest marathon runner, Budhia Singh. By the age of 5, he had already run 48 marathons. The film features Manoj Bajpayee as Budhia’s coach, whereas Mayur Patole plays the titular character.

Dr. Babasaheb Ambedkar was a revolutionary Indian leader who fought against social discrimination against the Dalits and also worked for the rights of women and labor. In the year 2000, the Ministry of Social Justice and Empowerment and Government of Maharashtra decided to give him a film tribute and funded the project titled Dr. Babasaheb Ambedkar. Directed by Jabbar Patel, the film features Malayalam actor Mammootty in the titular character.

Charles Shobraj was a notorious serial killer India had ever seen and hence his life became a great plot for a film. Director Prawaal Raman grabbed the opportunity and made Main Aur Charles, a 2015 film inspired by true events of the life of Charles Shobraj from the perspective of Indian cop Amod Kanth, who handles his case. The film stars Randeep Hooda in the titular character, whereas Adil Hussain plays the cop

Guru is touted as a film based on the life of India’s renowned business magnate and the founder of Reliance Industries Dhirubhai Ambani. Despite not being a biographical film, we listed Guru on the list of best biopic movies is because of its impact on the mass. For the people, Guru is a biographical film based on Dhirubhai Ambani’s life and struggle to build the trust and business called Reliance. The film is directed by Mani Ratnam and features the real-life couple Abhishek Bachchan and Aishwarya Rai Bachchan as the lead pair in the film.

Directed by Shyam Benegal, The Making of Mahatma is one of the many films based on Mahatma Gandhi. The film is an Indian-South African collaboration and portrays the early life of Mahatma Gandhi and his 21 years of struggle in South Africa fighting against racism.

The massacre of Jallianwala Bagh in Amritsar is even today considered as one of the brutal massacres in the world history. To avenge the lives of 1000s of innocent men and women, Shaheed Udham Singh spent his whole life to punish the British Lieutenant, Michael O’Dwyer, who ordered the massacre and eventually killed him. The 2000 film Shaheed Udham Singh is a biographical movie based on the life of this unforgettable revolutionary India has ever produced. The film features Raj Babbar in the titular character.

Directed by Rahul Bose, Poorna is a biographical adventure film about Malavath Poorna, the youngest girl ever to climb Mt. Everest. The film even stars Rahul Bose as Dr. R.S. Praveen Kumar, who recognizes the talent of this young girl and helps him get the right direction to reach the summit of Mt. Everest.

Well, there are not many regional biographical films made in India. However, there were a few exceptions.

Here’s a list of best biopic movies from regional cinema:

There was a lot of criticism when Hollywood made a biographical film about Srinivasan Ramanujan and Bollywood didn’t. Well, if you consider the 2014 Tamil film Ramanujan, then India did acknowledge the works of this globally renowned mathematician. Directed by Gnana Rajasekaran, the film features Abhinay Vaddi in the titular character. The film is an Indo-British collaboration and was shot in Tamil and English simultaneously.

Everyone knows that the 1913 film Raja Harishchandra directed by Dadasaheb Phalke was the first Indian feature film and led to the birth of world’s largest cinema industry comprising of so many different industries within. Harishchandrachi Factor, a 2009 Marathi film, depicts the story of the struggles faced by the legendary filmmaker and father of Indian cinema while making India’s first feature film.

Celluloid is a 2013 Malayalam biopic film based on the life of Father of Malayalam Cinema, J.C. Daniel. The film basically features the early life of J.C. Daniel and his journey to produce the first Malayalam film Vigathakumaran. The film also sheds some light on the story of Vigathakumaran’s heroine P.K. Rosie. Directed by Kamal, the film features Prithviraj in the lead roles as J.C. Daniel.

There are few yesteryear actors who are forgotten but their legacy is still intact. Bhagwan Dada is one of those unknown names in Bollywood, who is known to be the original creator of the popular Amitabh Bachchan dance step. As a tribute to the veteran actor, filmmaker Shekhar Sartandel made the 2016 Marathi film Ek Albela featuring Mangesh Desai as Bhagwan Dada. The film also features Vidya Balan in a cameo appearance as Geeta Bali.

Moner Manush is a 2010 biographical musical drama featuring the life of Lalon, a spiritual leader, folk singer, and poet of Bengal in the 19th century. Directed by Goutam Ghose, the film is a joint venture between India and Bangladesh. The film stars Prosenjit in the lead role as Lalan Fakir, whereas Paoli Dam plays the female lead and the disciple of Lalan.

10 Great Bollywood Films Based on Indo-Pak War of 1971 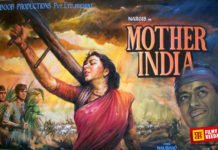 5 Bollywood Movies about Indian Farmers and their Problems