I Saw The Devil is a 2010 crime thriller movie displaying the cat and mouse chase between a serial killer and a secret agent. The movie is simply a revenge story where the main protagonist of the movie, who is a secret agent, hunts down a serial for the murder of his girlfriend. However, the way he sets up the revenge makes the whole plot exciting and thrilling altogether. It’s a must watch for all the fans of thriller movies.

Although the plot may not seem unique, yet New World is still different in its own way because of the unexpected twists and turns in the movie that changes the rules of the game completely because of its suspense quotient. The film is about an undercover cop who tries to infiltrate the mafia to help the police ruin the criminal organization once and for all. However, their scheme doesn’t work out as planned with a surprising twist. The movie is a must watch for its brilliant storytelling and superb performance by the cast. The Yellow Sea is a 2010 South Korean thriller film that revolves around the misery of a poor taxi driver, who takes up the contract to kill a businessman on the accounts of a local gangster out of dire circumstances. He finds himself in further trouble when he fails to finish the contract and instead looks for his wife, who recently came to the city for work. However, due to some unexpected incidents, the police, South Korean mob, as well as the ethnic Korean Chinese mafia sets off to hunt him. The film is famous for its magnificent action sequences that are considered to be legendary even in Korean standards. Voice of a Murderer is a 2007 South Korean crime thriller drama film based on a real-life kidnapping case in 1991. The story of the film revolves around a famous news anchor, whose only 9-year old son gets kidnapped by someone. The kidnapper makes it clear through his conversation with the father that there would be dire consequences if the police is involved and now the father has to take up the responsibility to ensure the safety of his only child. Will he succeed or not, forms the rest of the story! Based on a Japanese novel Journey Under The Midnight Sun by Keigo Higashino, White Night is a 2009 South Korean mystery thriller film. The movie revolves around two murder cases set 14 years apart and the mystery about the connection between them. As the plot about the murder mysteries deepen, the new surprising facts are unveiled and the cops are shocked to find out the real culprit behind the murders. The movie is a must watch for its mystery and suspense quotient that remains intact throughout. Another kidnapping-themed mystery thriller, Montage is a 2013 South Korean film on our list. The movie is about a kidnapping that took place 15 years ago. Just when the statute of limitations in the case has been about to expire, there’s a new discovery when someone anonymously leaves a flower on the crime scene. The case gets further complicated when another kidnapping takes place using the same modus operandi on a similar target. Owing to these new advancements, three people associated with the earlier kidnapping team up together to solve the case. If they are successful or not, makes the rest of the story. The life of a popular television announcer and midnight DJ gets upside down on the last day of her job when someone claiming to be her fan takes her family hostage and demands her to play her final broadcast as per his specifications. The movie focuses highly on the ruthless fan, who aims to be a vigilante inspired by the 1976 Hollywood film, Taxi Driver as well as the helplessness of a mother who tries hard to ensure the safety of her family.

That’s it. I have shared the list and now it’s up to you that if you wish to watch these ruthless crime thrillers ever made, not just in the South Korean film industry, but anywhere around the globe. 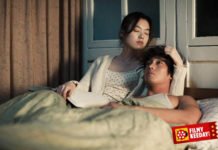