Gauhar Khan has at last won the reality show Bigg Boss 7, Yes she has made it. After being in the house for 3 months, fighting for her stay Gauhar Khan has emerged as a winner. From the day she entered the Bigg Boss House she proved that she is the most powerful contender. She never listened wrong from anyone, Be it Armaan Kohli or Kamya. Yes, she stood for what she thought was right, she kept her mind in front and she told everyone that she is here to win. 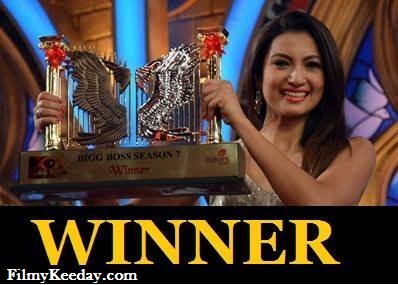 She participated in every task with all her might, she is a strong woman. She fell in love on the show, and she accepted it gracefully. Kushal and Gauhar fought on small things like every couple in love do, but she always tried to keep the dignity of not sharing what was very personal and shared what she thought she could. 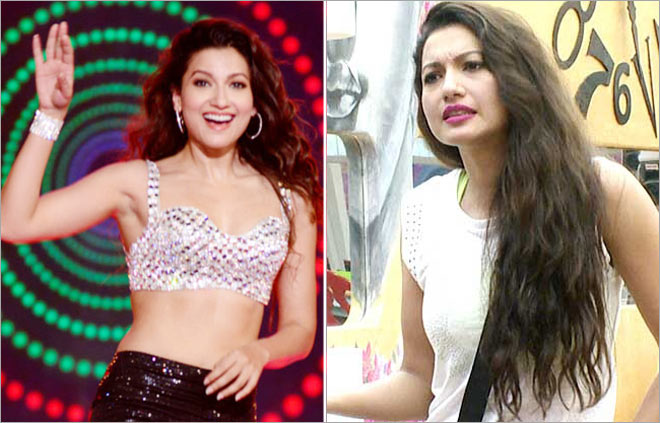 Gauhar has been close to Andy, Shilpa, Apoorva, Kushal, Ajaz, Pratyusha and Kamya. She had fights with Armaan, Tanisha, Kamya and Andy during her stay in Bigg Boss House. Gauhar left the show with Kushal, when Kushal was asked to leave the house for getting physically Violent with Andy. Andy has flashed Gauhar personal garments on cam during a task which was not aired. Gauhar, took the stand of Kushal because she believed what Andy did was not right, flashing a woman’s personal garments on national television cannot be accepted. And Kushal being her man just reacted which was justified. Gauhar was called back in the show and Kushal too.

Gauhar has always been seen cooking in the kitchen and she admitted it too that she loves cooking. Gauhar cooked good food, portrayed herself as a strong woman, performed all tasks with all her might and fell in love on the show. Gauhar has been a complete package of entertainment on the show in every manner.

She took a stand for herself and for the people whom she was close too. She followed the rules of the house more than anyone had. She proved herself as a contestant and as a humble human being. We are so glad that Gauhar won the show. Besides winning the reality show Bigg Boss 7, Gauhar has won millions of hearts.