O Teri is a romantic comedy produced by Atul Agnihotri. After making Bodygaurd with Salman Khan, Atul has managed to get Salman Khan in O Teri as a part of the film. Salman is not playing the lead in the movie, but is a part of the movie and has also done a special song. As a relement, the rumored girlfriend of Salman Khan, Lulia Vantur will also be seen in the movie in a cameo role. Get ready for the movie as O Teri is about to hit the silver screen on 28 march 2014. 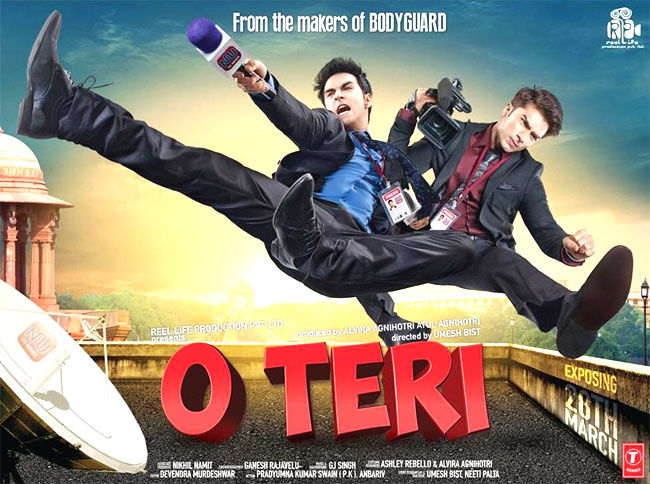 O Teri is a pure comedy film based on media, scams and 2 reporters who will make you laugh and laugh and laugh. Yes, PB and Aids, the two reporters in the movie are all set with their funny dialogues and comic timings to make this film, a laughter ride.