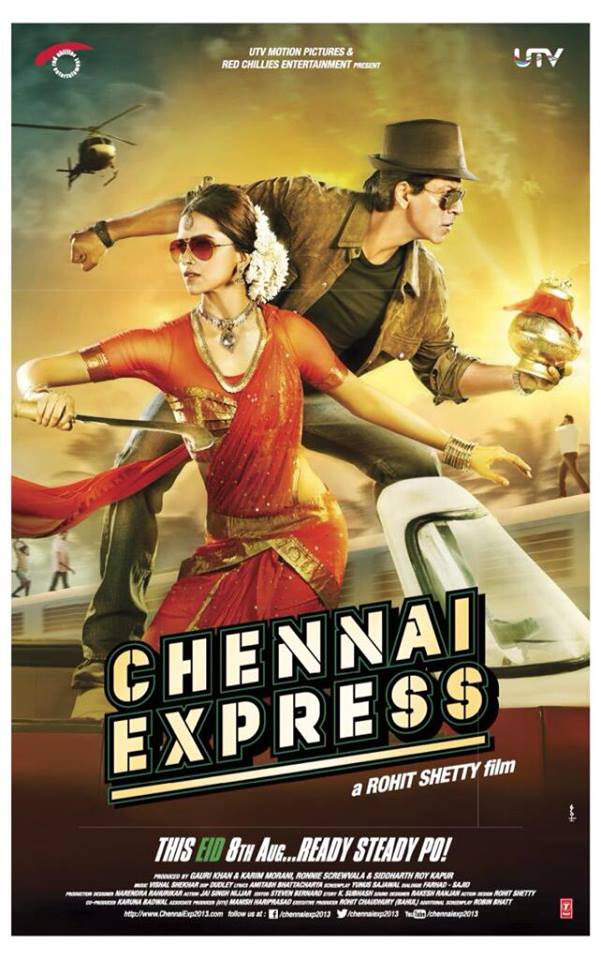 Priyamani  in an item number

Rohit Shetty’s next movie after Bol Bachchan, with Shahrukh Khan. As the name suggests, It’s a story about a journey. A man travelling from Mumbai to Rameshwaram and what happens in that journey is a suspense. Chennai Express is a commercial movie with a romantic twist. Critics have their eyes stuck in this movie, after all its SRK and Deepika in the lead. SRK fans are very anxious about the release. Critics are expecting the movie to set new records for the 100 crore club, but for that we all need to wait till august 8 2013.

The competition between Once Upon A Time In Mumbai Again and Chennai Express was all set, But Ekta Kapoor very smartly postponed the release of OUATIMA to get rid of this clash. Who on this Earth would like to clash his/her movie with SRK’s. Nice decision Ekta.

Stay with us for more information and news about Chennai Express.
For Full Movie Review, Visit us on 8th August 2013.