Ragini MMS 2 is sequel of horror film, Ragini MMS 2011 Film. Ragini MMS 2 stars Sunny Leone. The movie is a horror thriller made in 3D to lure more audiences. The film has got 3 main elements that the audience is going to love, Sunny Leone, Horror and 3D effect. Now 21st march will tell if viewers liked Sunny Leone in 3D more or Horror in 3D more. 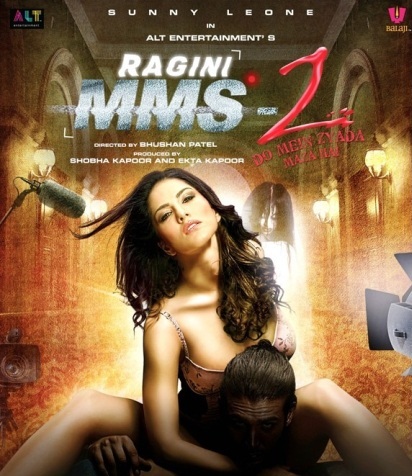 The film is a complete sequel and would be more enjoyable if you have seen Ragini MMS. The movie starts from where Ragini MMS ends. Uday is missing and the MMS he made has gone viral. Ragini ends up in a mental asylum after becoming lunatic. Bollywood filmmaker gets inspired by the mms and wants to make a film based on the MMS. He hires Sunny Leone and the whole film crew reaches the same haunted place where the viral MMS was shot only to get trapped into more creepy and horrible happenings.

When you have Yo Yo Honey Singh in your album, you really cannot expect a miss. The music of Ragini MMS 2 has become a sure shot hit with baby doll and Honey Singh. Songs are the movie are peppy and grooving beats make it more popular amongst the youth. Seductive moves of Sunny and fine rapping of Honey Singh has made the whole album more loveable.