It’s a well-known fact that Indian film industry rarely produced women-centric movies. However, we can’t blame the filmmakers here as women-centric movies were hardly being accepted by the Indian audience till the last couple of years. Lately, there has been a flurry of some beautifully crafted female-centric movies such as Queen, Size Zero, Maya, English Vinglish, Mary Kom, Piku and many more.

Indian audience has started accepting such movies which are encouraging the filmmakers to make movies that feature actress in the lead role instead of casting an actress just as a supporting pair for the lead actor. In the year 2015 as well, we saw a huge list of movies that focused on building strong female characters. 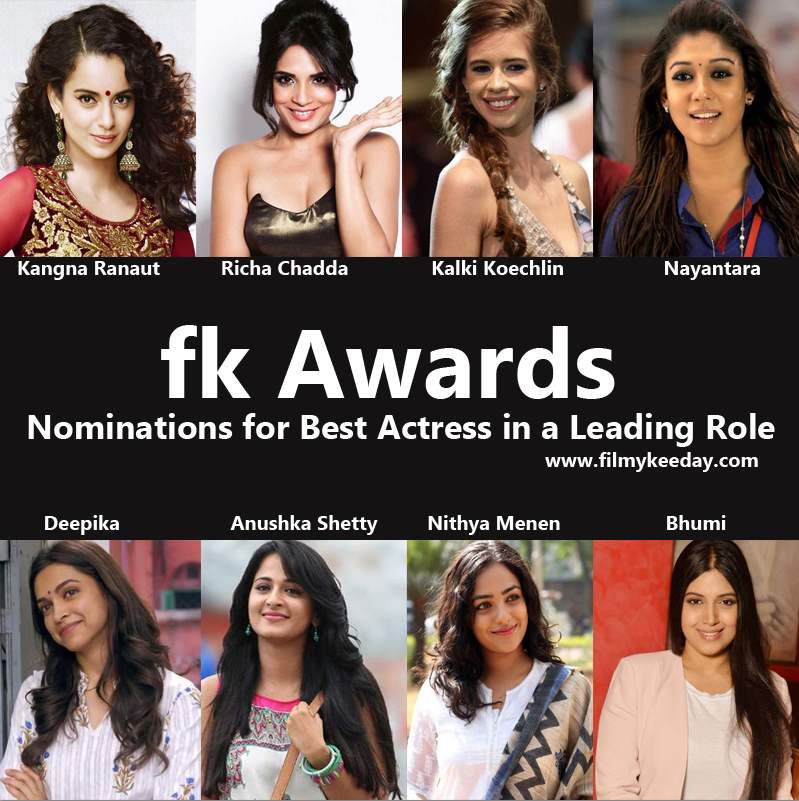 Kangana Ranaut has already proved her mantle as a complete actress after delivering hits like Tanu Weds Manu and Queen, both of which had no major superstar. This year, she stunned us again with Tanu Weds Manu Returns, where she plays a double role in the movie for the first time. She took her acting to a new level when she donned two completely different characters with different looks and speech in the same movie and entertained us all with one of the best romantic comedies of Bollywood in 2015.

Although the movie didn’t impress both the critics or the audience much, Richa Chadda justified her role to perfection as Devi Pathak in Masaan. Richa Chadda has already made her mark in Bollywood by playing strong and memorable characters in movies like Gangs of Wasseypur Part 1&2, Goliyon Ki Rasleela Ram-Leela, and Fukrey. With Masaan, she tries to test her brilliance and delivers yet another strong performance as a young girl, who is exploited by the society initially only to fight back for her life and peace.

Kalki Koechlin as Laila in Margarita, With A Straw (Hindi)

One of the most underrated actresses in Bollywood right now, Kalki Koechlin has always impressed us with her acting in many movies in the past decade whether it was a small character role or a supporting role. However, after playing Laila, a young girl suffering from cerebral palsy, in Margarita With A Straw, she has outdone herself and put herself among the mainstream actresses of modern cinema. We hope to see more such strong characters portrayed on her in the near future.

Nayantara is so famous for her glamorous avatar in South Indian films that her acting skills are often overshadowed. However, she has displayed her acting skills in the 2015 Tamil horror film Maya by portraying the role of an aspiring actor as well as a vengeful ghost. Playing a double role in a movie is often considered tough and Nayantara has justified both the characters perfectly that she booked her spot among the nominations for Best Actress at fk Awards.

Lately, Deepika Padukone has been in the limelight for several different 100 crore club movies playing stronger characters rather than just being an eye candy for the audience. However, in spite of her superb acting, the success of her movies has often been credited to the male lead in the movie. All that has changed now after Piku. Her portrayal of Piku Banerjee in the movie was so natural that she was credited highly for the success of the movie compared to the veteran Amitabh Bachchan. Even though, the movie wasn’t a top grosser like her other hit movies, Piku is surely a new milestone in Deepika’s career and there’s no doubt about it.

Anushka Shetty is undoubtedly one of the most versatile actresses in the South Indian film industry. She has been the lead heroine in many different movies and often proved her mantle in acting. However, with Size Zero, she did something that most actresses in the glamorous would hesitate. She put on so much weight to fit into the character that demanded the main lead to be someone suffering from overweight issues and donned the role to perfection. Now, if that wasn’t enough, earlier in the year, she portrayed the character of a warrior queen Rudrama Devi in the 2015 Telugu film, Rudhramadevi. She makes into our list as she reached new heights of acting brilliance after portraying these two challenging roles in the year 2015.

The Malayalam film industry is growing in leaps understanding the new generation and their mindset. Most of those credit goes to the new age artists like Nithya Menen, who was the lead actress in Mani Ratnam’s sensational O Kadhal Kanmani, where she plays an independent young girl and begins a live-in relationship with her boyfriend. Nithya Menen enacts the character of Tara Kalingarayar with precision and makes the audience fall in love with her instantly.

In the Indian film industry, there’s often a common stereotype for the actresses. Unlike the lead actors, the actresses must maintain their figure, beauty, and age to be cast as the lead in a movie. However, Bhumi Pednekar broke that stereotype when she played Sandhya Verma in Dum Laga Ke Haisha. It is also a fact that Vidya Balan for The Dirty Picture and this year Anushka Shetty for Size Zero have put on weight to justify their roles but for Bhumi, this was her debut film. However, she took up the challenge and pull off the character perfectly in the movie.

Our Jury will select the best Actress for 2015, but you can Vote for Best Actor in 2015, We will also mention the winner selected by our readers!

That’s it. We are open to more nominations and if you feel that there’s a performance, we missed on our list, then let us know in the comments below.