Nelson Rolihlahla Mandela, South African President and Anti-Apartheid Revolutionary died at the age of 95 after a prolonged lung infection. Mandela was at his Johannesburg home on Thursday when he left the world to Rest in Peace. Mandela was ailing from nearly a year.

Mandela was a symbol of hope and freedom for millions of people around the world. Bollywood too has taken inspiration from this great leader. Amitabh mourns the death of this great leader while recalling his encounter with Mandela. Amitabh has met this great personality twice, as conveyed through a tweet by Mr. Bachchan, ‘Nelson Mandela – a giant of a man; of will, belief and perseverance, passes away. But leaves behind a legacy of fight for right. I had the greatest honour to meet and spend time with him on two occasions. His humility his greatest asset, among countless others’ 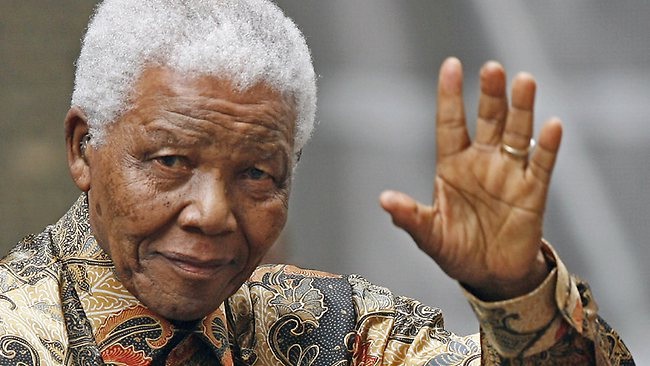 Many Bollywood celebs have been privileged of meeting Nelson Mandela and can’t hold their emotions back. One more such celeb is Mahesh Bhatt, “The perfume of my meeting with Mandela lingers. Remembering what he told me: ‘It would be preposterous for me to give any advice to India. Just live the words of Gandhi” tweet Bhatt.

Director Kabir Khan also had the privilege to meet Mr. Mandela during his in South Africa for filming a documentary.

1. RIP Nelson Mandela…Some people should not

T 1315 – Nelson Mandela – a giant of a man ; of will, belief and perseverance, passes away. But leaves behind a legacy of fight for right !!

Thank u all for your Birthday wishes. Yet I

In an age where just about everybody is hailed as an ‘ icon’, we’ve just lost one. And this is how awful it feels.#Mandela

Your foot print will inspire many of us to

“A good head and a good heart are always