Revolver Rani- Ab mard ko dard hoga is a complete B grade entertainment according to producer Tigmanshu Dhulia. The film has a unique plot, a satirical unusual love story on the back drop of Politics. Kangana Ranaut will be seen in a never seen before role and trailers suggest, she has nailed the role of Revolver Rani,It will be interesting to see from innocent the girl in Queen to Revolver Rani. 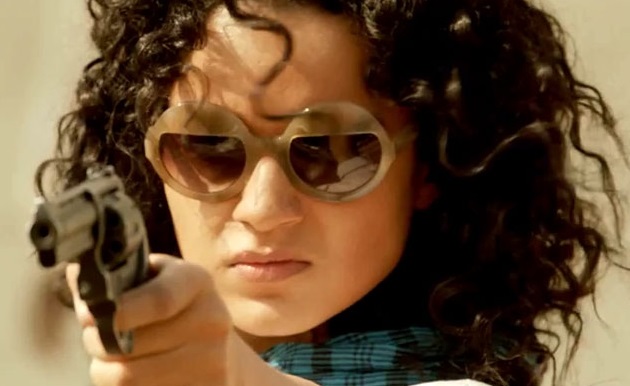 Revolver Rani is set in backdrops of Chambal where only one thing speaks and that is revolver. In the bloodshed and loud noises of bullets being fired, an unusual love story takes place. The love story of Alka Singh aka Revolver Rani.

The album of Revolver Rani has 12 songs which are unconventional. The album is getting mixed reviews from the listeners. I am not very impressed with the album, but yes, I must say the music of the movie is really out of league and Music composers have tried to experiment with the music. I will give 2 stars out of 5 to Revolver Rani music.