Singham Returns is the latest film by Rohit Shetty Team, Singham returns is the Sequel of 2011 film Singham. Ajay Devgan and Kareena Kapoor in the lead roles, Film is set to release on 15 August 2014. The Film is releasing on a national Holiday so we can expect a Good opening for the movie, but Kick and Entertainment are still in theaters so screen share would be less for Singham Returns.

Singham Returns is a Masala Action film with lots of Action and comedy scenes. Rohit Shetty never fails to entertain people with his action + comedy kind of style. He never make films for Film critics, He just focus on pure entertainment which Brings you close to him.

Yo Yo Honey Singh 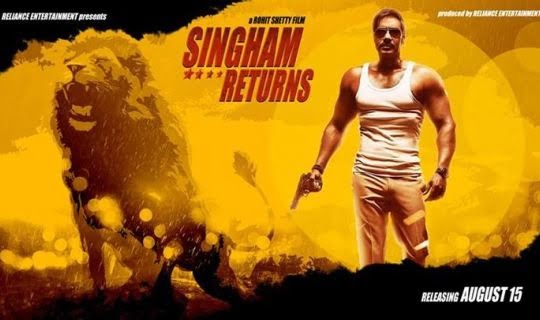 Singham Returns is the Sequel of one of the most entertaining action movie of Rohit Shetty, Singham.If it’s a Sequel then you will see some link between both Singham and Singham returns, but if it’s going to be like Golmaal where characters are same, but story and plots are not related to each other so it will be a totally new movie with just the same centered character.