Yes, you read it right! There are plans of producing a film in India with a massive budget of 1000 crore rupees which is roughly 150 million USD.

Although the number is still not par with what Hollywood spends on their high budget films, it is still a huge amount of money.

The surprising element is that the film with such an enormous budget is neither a Bollywood film nor the third installment of Bahubali franchise.

The film is produced by Dubai-based businessman and philanthropist named Dr. B R Shetty who will spend a gigantic 1000 crore rupees to make India’s biggest ever motion picture.

For this project, he has chosen M T Vasudevan Nair’s popular novel Randamoozham, which is based on the epic tale of Mahabharat.

The film was confirmed by Malayalam superstar Mohanlal, who announced on his Facebook page about this prodigious project and thanked M T Vasudevan Nair to consider him for the role of Bheem in this mega project.

He also praised the valiant efforts of Dr. B R Shetty, who will be financing the film, whereas he is also confident that the ad filmmaker VA Shrikumar Menon, who will be making his directorial debut, will definitely bring the magic of the novel on celluloid.

Lately, we have seen Bollywood making some noises with highest box office collections with stars like Aamir Khan, Salman Khan, and Shah Rukh Khan trying to beat one another in the race to supremacy. 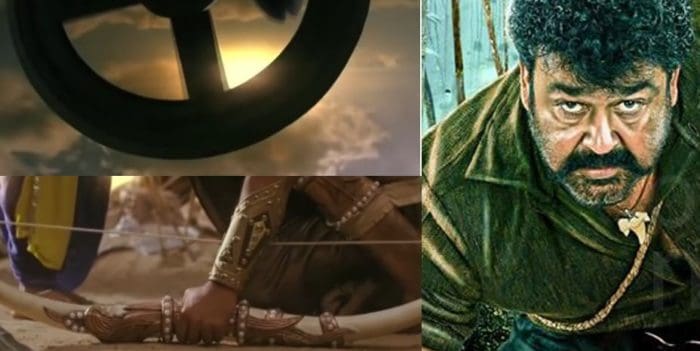 As the box office results are soaring high, the production and marketing budget of films are also on the rise. Bahubali was made with a budget of whopping 200 crores and the upcoming Rajnikanth and Akshay Kumar starer 2.0 is set on a budget of more than 350 crores.

But, this is huge. Till date, no filmmaker or production house has dared to even touch the budget of 500 crores. However, the investment wouldn’t seem huge if you divide the film into different regions or markets.

Well, the film will be multilingual and will be produced in Hindi, English, Malayalam, Tamil, Telugu, and Kannada simultaneously. Also, the project will be a franchise split into two different films.

The first of the two films is expected to release in 2020, whereas the second part will be released within a span of 90 days after the release of the first one.

Mahabharata is an epic tale and many film stars have earlier proposed the idea to bring it on the big screen.

The idea was also considered by many Hollywood film studios for the mere fact that the story of Mahabharata has all the elements and genres mixed into a single epic tale.

Hence, the team behind this gigantic project are making sure that the film based on Randamoozham to have an identity across continents as well and not limited to India. For this, the cast of the film will be handpicked by a renowned international casting director with his team. In short, we may see a film with both Indian and international stars working together in this prodigious project.

The best part about this film is the fact that it will not be entirely based on the epic tale Mahabharata. Instead, the film is based on M T Vasudevan Nair’s masterpiece Randamoozham, where he tells the story of Mahabharata from Bheem’s perspective and avoids the divine elements popularized by the original tale. Hence, it will be different and based on realism.