It’s Mid Year and you guys must want to know Bollywood’s Hit movies this year till now. Let’s see how Bollywood movies have performed at the Box Office till June 2013.

Here we are giving a list of the Top 10 movies based on their Box office report.

YJHD is a romantic comedy film about four friends and how love plays a role in their lives. A trip to Manali where these four different personalities have their lifetime experience.

Race 2 is an action thriller movie. Sequel of 2008 movie. The movie is based on a robbery. The movie was a Hit in India and Super Hit overseas.

Aashiqui 2 is a Romantic Drama with amazing music. The movie is a sequel to Aashiqui 1990 (Musical Blockbuster). With just a budget of Rs 9 crore, this movie has earned approx Rs 100 Crore. Music of the movie has topped the charts and ruled the charts for a very long time.

Shootout at Wadala is a Bollywood Crime Thriller and is a prequel to the movie Shootout at Lokhanwala 2007. The movie is based on the book Dongri to Dubai.

YPD2 is an action comedy movie, sequel of 2011 hit movie Yamla Pagla Deewana. The movie got mixed reviews from critics, some liked it and some gave negative reviews. The movie did quite well at the Box office.

Raanjhana is a romantic movie. Music is by A R Rahman. Dubbed version of the movie is released by the name of “Ambikapathy”. Raanjhanaa is a debut Hindi movie of Dhanush.

Chashme Buddoor is a comedy film by David Dhawan. It’s the remake of 1981 movie Chasme Buddoor. The film was commercially successful and was declared a Hit.

Kai Po Che is a Bollywood Drama based on Chetan Bhagat’s famous novel, The 3 mistakes of my life. The movie deals with earthquake in Gujrat and the shocking Godhra Train Massacre. The movie also deals with Cricket.

ABCD- Any Body Can Dance

ABCD- Any Body Can Dance is 3D Dance movie. The dubbed version in Tamil and Telugu were also released with the title Aadalam Boys Chinnatha Dance. With just a budget of 12 crores, this movie was a surprise Hit. 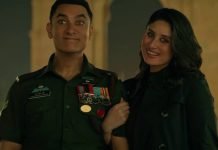 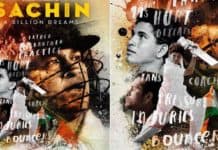 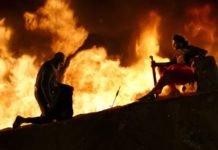