And once we’re in enemy territory, as a bushwhackin’ guerrilla army, we’re gonna be doin’ one thing and one thing only… killin’ Nazis. Now, I don’t know about y’all, but I sure as hell didn’t come down from the goddamn Smoky Mountains, cross five thousand miles of water, fight my way through half of Sicily and jump out of a f*ckin’ air-o-plane to teach the Nazis lessons in humanity.

Did you hear that? That was the sound of my Walther. Pointed right at your te*ticles.

Actually, Werner, we’re all tickled to here you say that. Frankly, watchin’ Donny beat Nazis to death is the closest we ever get to goin’ to the movie

I’m gonna give you a little somethin’ you can’t take off.

I think you show great talent. And I pride myself on having an eye for that kind of talent. But your status as a Nazi killer is still amateur. We all come here to see if you wanna go pro.

You know how you get to Carnegie Hall, don’t ya? Practice.

I know this is a silly question before I ask it, but can you Americans speak any other language besides English?

I love rumors! Facts can be so misleading, where rumors, true or false, are often revealing.

After I kill that guy, you have 30 feet to get to that guy. Can you do it?

We punch those goons out, take their machine guns, and burst in there blasting!

You either do what the f*ck we tell you, or I’ll bury this axe in your collaborating skull.

Dr. King Schultz: How do you like the bounty hunting business?
Django: Kill white people and get paid for it? What’s not to like?

Didn’t you hear him tell ya, I ain’t no slave?

Now unless they start shooting first, nobody shoot ’em. That’s way too simple for these jokers. We’re gonna whoop that nigger lover to death! And I am personally gonna strip and clip that gaboon myself!

I’m just a little more used to Americans than he is.

It’s a custom here in the South once a business deal is concluded for the two parties to shake hands. It implies good faith…

You better listen to your boss, white boy!

I’m curious what makes you so curious.

You niggas gon’ understand something about me! I’m worse than any of these white men here! You get the molasses out your ass, and you keep your goddamn eyeballs off me!

You gotta be reasonable in a situation like this!

The Hateful Eight Quotes and Dialogues

Major Marquis Warren:  Move a little strange, you’re gonna get a bullet. Not a warning, not a question… A bullet!

If you think some of the Dialogues from Quentin Tarantino films are missing, then you can add them in comment section. 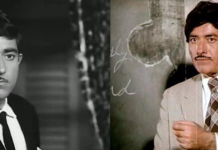 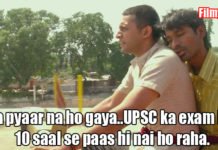 All Famous Dialogues of Raanjhanaa Including Kundan’s Monologue 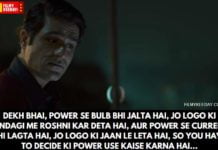 All 25 TVF Aspirants Dialogues and Quotes about LIFE 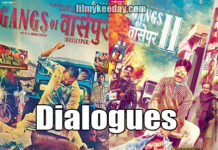 All Best Superhit Dialogues of Gangs of Wasseypur Series