City Lights is a Drama film directed by Hansal Mehta. The film is a remake of British film, Metro Manila. The film is about a poor family and their struggles in the big city. Ajay Bahl was the director of the movie in initial stages, but later on Hansal Mehta replaced him. Most of the film is shot in Rajasthan and Mumbai. 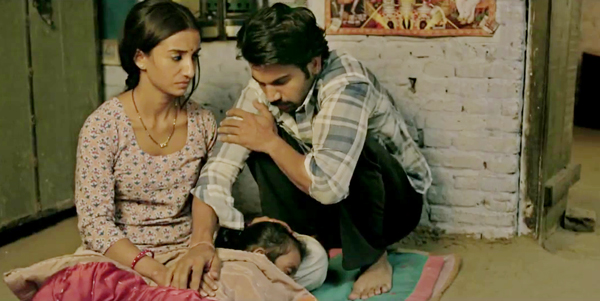 The film is about Deepak Singh, a farmer from Rajasthan. Destiny plays its role and Deepak has to come to Mumbai with his wife and child, for a better life leaving Rajasthan and his home. However, Mumbai a city that never sleeps, has many challenges awaiting Deepak Singh and his family.

CityLights fell short in the terms of music. The music is average and doesn’t makes you groove on the beats. However, the singers have done a fantastic job. I hope, the lyrics and music of the songs was a little more soulful and good to ears. I will give 2 out of 5 stars to City Lights music album.